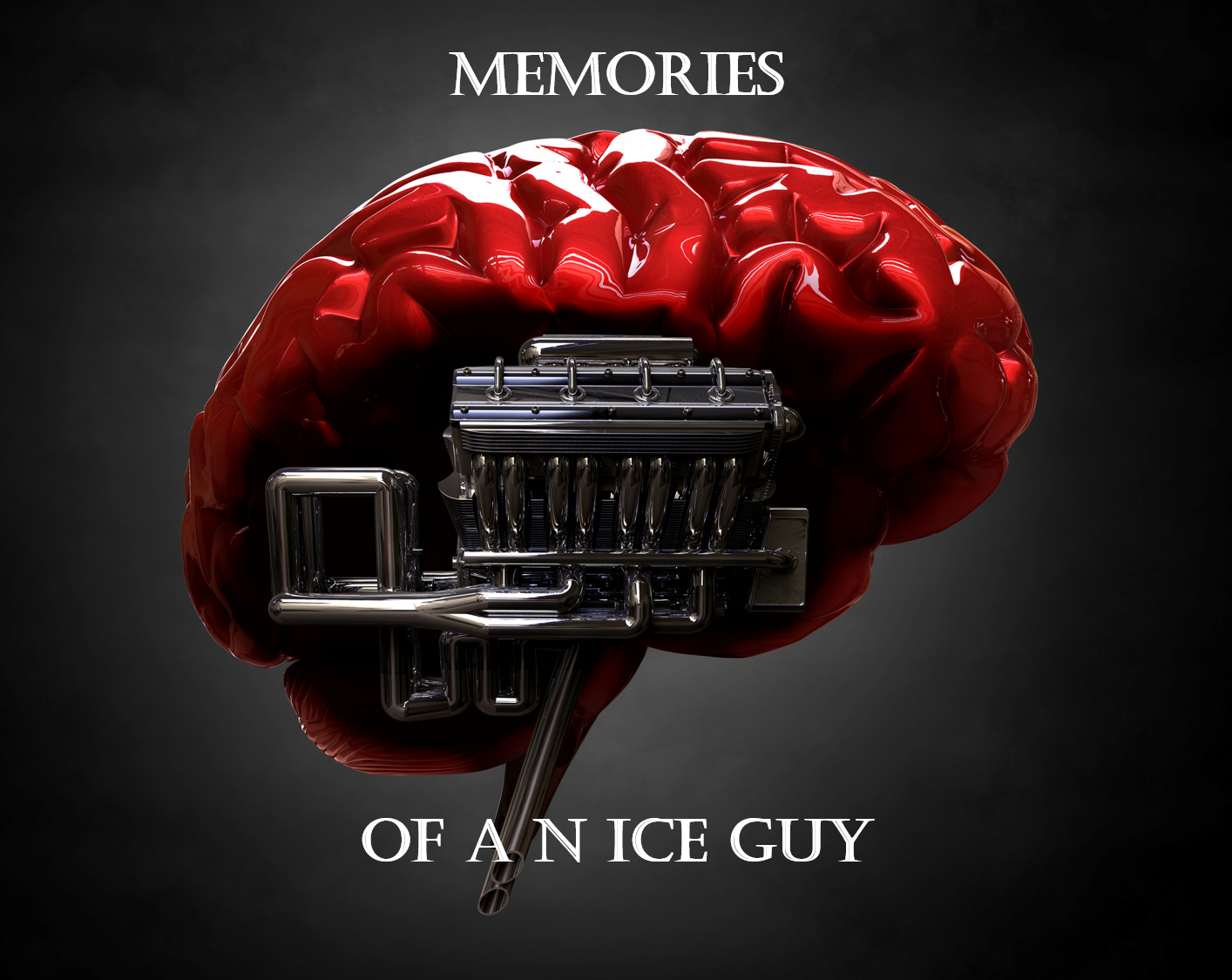 I still recall that day, when I was visiting a playground with my kids, when a huge SUV – apparently V8-powered – turned around the corner and disrupted the atmosphere of chirping birds and screaming children – whatever the latter means in terms of „atmosphere“. Sitting on the teeter–totter, my kids sent me towards the sky and kept me up there. At the top, I stared at the V8-powered vehicle, with that tiny little face of the driver seeming somewhat oddly down-scaled in the slightly over-sized piece of metal.

“Downsizing is a crime”

I started to think about what I had been doing for nearly a decade of my life. For nearly ten years I worked on exhaust gas after-treatment and internal combustion engines. I helped the big players make their cars bigger – ehmm I mean – cleaner. And yet, I never had gasoline running through my veins. However, as a physicist I realized quickly there is something about internal combustion engines that creates a fascination for both engineers and physicist… It‘s the flow, the energy, the heat, the complex physics that attracts our breed. But that alone, would never have kept me in the ICE business for so long.

Over the years I made a lot of good friends and among those were some brilliant engineers and also the real petrol-heads. I witnessed endless emotional discussion of whether the new BMW or Audi V6 is the hottest stuff (no offense guys,to me they were just the same thing), of whether Diesel is just not a proper propulsion system at all, downsizing is a crime, and anyways, no direct injection engine is a real engine, it has to be naturally aspirated.

The engineering brilliance behind pieces of steel

After visiting Detroit, Stuttgart, Affalterbach, Viry-Châtillon , Brixworth, Modena, Sant’Agata Bolognese and Maranello, having worked with a bunch of major OEMs and three Formula 1 engine development teams at a time, seeing those guys hang out till the late night to get the last few percent of performance out of the combustion system, there was something about ICE that created a fascination even for me. A fascination that went beyond the physics to the “soul” of engine development.

I started to get the fact that this brilliance is a result of that engineering passion. That was one of the biggest takeaway from all those years!

It’s the end of the world as we know it

That night I had a dream: I was on the playground again. Again the V8 beast turned around the corner as I was kept up in the air by my kids and started humming Simon and Garfunkel ‘s „The sound of silence“. At that moment – I barely realized – a small electric car came down the road. Buzzing like a small bee it parked right next to the V8-SUV.

The same moment my kids left the teeter-totter quite spontaneously…

I smashed to the ground and it hit me hard.

As I hit the ground the medley in my head changed from Simon and Garfunkel to REM’s “It’s the end of the world as we know it”. That moment the playground I was visiting for the last ten years suddenly turned into a desert with nothing but the old rusty titter-totter left.

Somewhat disturbed I left the titter-totter and watched it getting back into the balanced position. Interesting, I thought, such a playground, and faded away.

A moment later I found myself on that same playground again. However something had changed again; I realized it was still there but had become smaller. There was still a lot to play with but somehow the whole place was just not the same anymore.

As my eyes scanned the sight I realized the council had decided to create another brand new playground right next to it: The new one seemed to be equipped with less parts. It looked cleaner and slicker from afar. Sterile orange cables connected some of the toys and big yellow signs with a black flashes on them indicated this is electrifying stuff. As I came closer I saw it was actually not that bad: they created those fancy machines that were spinning like crazy at nearly no noise. The engineer in me went even closer to investigate the details.

All of the equipment was driven by electric motors. And while that idea first scared me, I suddenly realized, it triggered some engineering thoughts in me: Looks like that e-thing produces some heat! Man, who designed that? That thing’s got to be cooled better or it will break the moment the first kids jump on it. But, how to cool it? Air won’t work. Well – why not spray some oil on it. And hey, I know something about heat transfer from somewhere, the physics should not have changed.

And by the way did anybody think about that design properly. I feel that thing has to be simulated: I spent a lot of time on multiphase CFD simulation. I know something about moving grids, about tiny gaps, about the interaction of flow and moving parts. Maybe Maxwell Equation is not as sexy as Navier Stokes? But I may figure out – provided I figure out what „sexy“ means in the context of equations … I might need to talk to some mathematicians on that one.

In excitement I jumped from one ride to the other, new playground, old playground, I just did not care anymore. Everything was fun to me!

You’d better be a hybrid

When I woke up I took a pen and made a note as a reminder to myself:

You’d better be a hybrid!

The next day in the office I realized folks in our software development don’t just do fluid-mechanics, they do know something about Maxwell and Navier-Stokes, I realized we at Siemens have the solutions for both playgrounds the ICE and the E and everything in between.

In the meantime, two years have passed since that dream and my last ICE support case. Meanwhile I have moved on to technical marketing and ICE has become only a small part of my engineering life. And while I am admittedly (and happily) starting to forget about the progress variable definition in the ECFM-CLEH combustion model I will never forget all the internal combustion engine engineers I met along the way and their passion for great engineering!

And while in the meantime even a dilettante like me understood that naturally aspirated is the only real engine philosophy, we all have to get along with that direct injection stuff somehow.