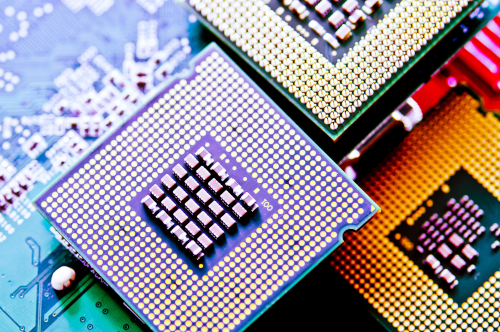 Technology for high bandwidth memories (HBM) came out about ten years ago where multiple memory chips are stacked. These stacked chips provided a lot of memory for a small footprint and integrated into ASIC on a 2.5D interposer, which is where that term originated.

What problem does 3D IC solve?

The semiconductor industry saw advanced application-specific integrated circuit (ASIC) technology nodes scale dramatically over the last 40 years, alongside higher performance. As we reach the limits of Moore’s law, device scaling becomes a challenge. Devices shrink at a slower rate, it takes longer and the cost is much higher for the technologies, design, analysis and manufacturing of these chips.

There are practical limitations on how large you can make a device. The photomask and reticle size ultimately determine a chip’s maximum size – roughly 25 to 27 millimeters on a side. So, physically, you cannot make a chip bigger than that. Since the number of transistors scaling has reduced, designers do not benefit from increased complexity by putting more and more devices into a single package. 3D IC designers do not face the same footprint challenges.

System on a chip (SOC) intellectual property are the basic building blocks implemented in that chip. Different types of functions require very specialized ASIC technologies. In some cases, it could limit what you can implement in the system because you would need all the IP available in the same process if you’re going to integrate that into a single chip. When we get into 3D IC, you no longer have that limitation. So, you can acquire chiplets, which perform a particular function, such as intellectual property. That chiplet can be optimized using the most appropriate technology for that type of functionality.

How does 3D IC work?

Since 3D IC is not limited to how large a device can be, designers can create much larger systems by putting multiple chips in a package. The implications of monolithic design for high-performance computing and AI devices will continue to use monolithic technologies. But they could leverage some of this disaggregation by splitting the design up into a smaller set of chips. But in general, if you can fit everything you need in a single chip, you will get the lowest unit cost and the highest performance. When designers start facing limitations, that’s where 2.5D or 3D technologies can extend their capabilities.

For years, designers created multi-chip modules (MCMs). They put one or more ASIC chips into a single package and connect them with traditional packaging technologies. MCMs are a very mature technology but also have some limitations. 3D IC is driven more by advanced packaging technology to integrate chiplets. A chiplet is an ASIC designed to integrate with other chiplets within a package. These chiplets come in two classes:

None of the available choices semiconductor design teams have to counter some of the monolithic challenges seem to be a “one size fits all” or complete solution.

What’s different about 3D IC from other technologies?

The difference between the traditional MCM is the packaging technology – so that may be either 2D or 3D. One key difference is the interconnection between devices at the silicon level. The wires are much shorter and thinner, making the resistance and capacitance considerably slower and allowing for more connections between chips.

In effect, 3D or 2D packaging technologies enable increased performance with greater complexity with more interconnects – allowing designers to build systems with a much smaller footprint inside of a single package.

Designers can decompose systems into functions implemented as smaller chips, or chiplets, instead of putting everything into a single homogeneous ASIC device.

What challenges do we face with 3D IC?

Now that we know what 3D IC integration is and how it’s different from other advanced integration packaging technologies, we know there are some challenges in moving into 3D IC:

Want to learn more about 3D IC? Listen to the podcast now, available on your favorite podcast platform.

This article first appeared on the Siemens Digital Industries Software blog at https://blogs.sw.siemens.com/semiconductor-packaging/2022/07/07/the-beginners-guide-to-3d-ic/