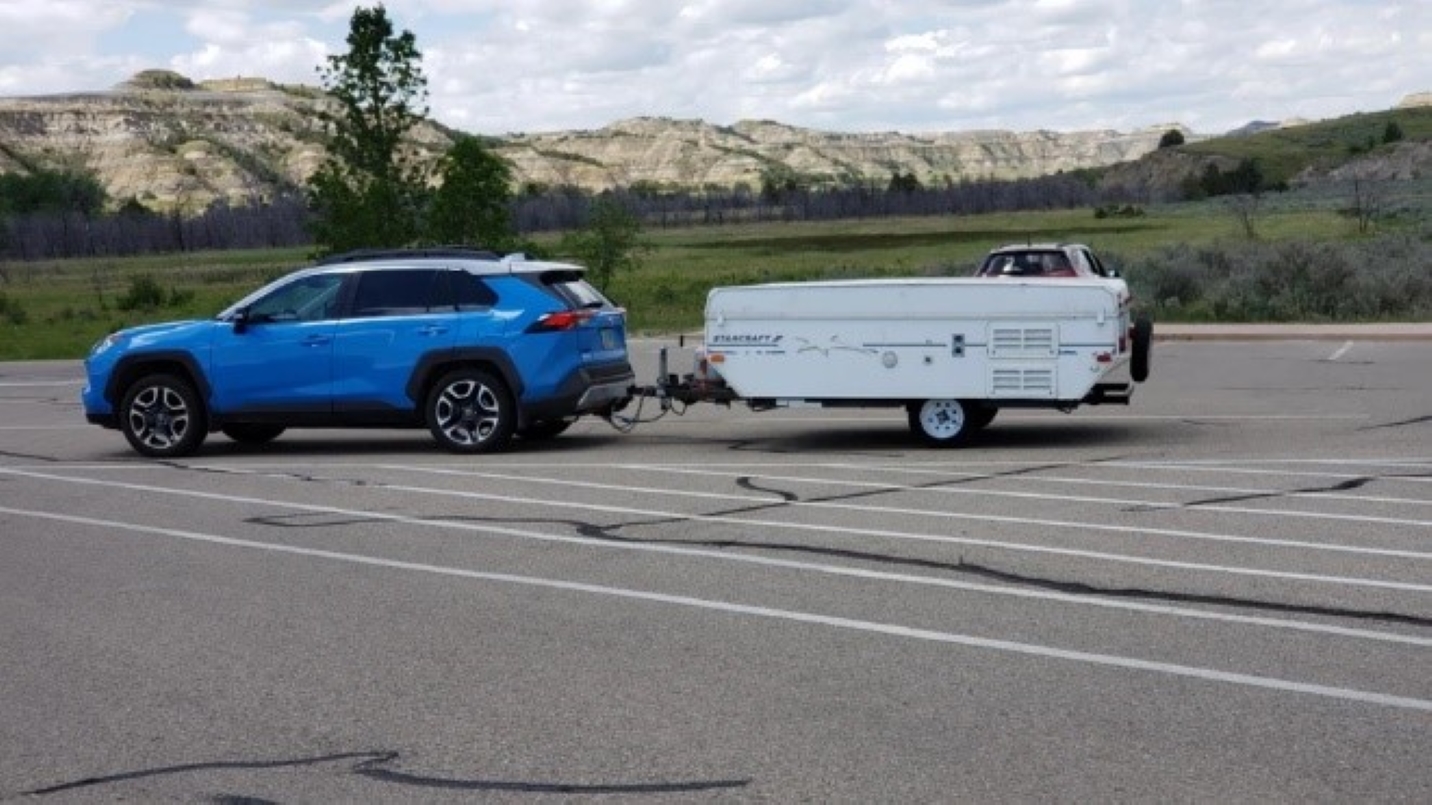 Classifying and calculating the forces on a trailer hitch can be difficult. However, Wolf Star's True Load software aims to simplify the process.

There are more forces at work than just pulling when hauling a trailer. The load on the towing vehicle is very dynamic and can be difficult to classify. However, this article explains an easy, robust approach to determining loads on anything – including a trailer hitch. Wolf Star Technologies’ True-Load software will be used to understand the loading on a trailer hitch.

The process starts with a Finite Element Analysis (FEA) model of the structure, in this case, a trailer hitch. The hitch was modeled in Siemens NX software and meshed in Simcenter. This particular application used an Assembly Finite Element Method (FEM). A unit load is simply a force, or moment, imposed on the structure with a unit magnitude. The magnitude value is simple (say 100 pounds, for example) and consistent for all unit loads.

For this Assembly FEM, three-unit loads were applied to the center of the hitch ball (100 LBF FX, FY, FZ). As represented in Figure 1, the hitch was restrained at the pin center (UX=UY=UZ=0), and the top edge of the hitch tube was restrained in the UY=0 (vertical direction), representing the hitch interface to the vehicle.

Since the entire hitch tube is recessed into the mating feature on the vehicle, no area of the hitch tube could be considered a strain gauge candidate location. The remaining areas available for gauges were the hitch bracket and the side plates. However, the trailer ball takes up too much area on the top and bottom of the hitch bracket for gauges. The side plates are welded to the hitch bracket, and placing strain gauges at the stress concentrations of welds should be avoided. The True-Load technique requires the candidate strain gauges in nominal areas on the structure to assure a robust relationship between applied load and strain response. The portions in Figure 3 colored in silver indicate the candidate elements used for the True-Load analysis.

Once candidate elements were selected, True-Load automatically identified the optimal locations for the strain gauges to perform load reconstruction. Then the user inputs the number of strain gauges into the software. Mathematically, the procedure would work with three gauges for three-unit loads. However, the general rule is to use twice as many gauges as unit load cases. Therefore, this example uses six gauges for the three-unit load cases.

Once the data for all events was collected, the True-Load/Post-Test software processed the strain data using the correlation matrix extracted from the FEA modeling during the True-Load/Pre-Test gauge placement exercise. This resulted in a calculation of the operating loads on the hitch. Once these loads were known, the True-Load/Post-Test software automatically calculated the simulated strain response at all the gauges and created cross plots of measured strain (horizontal axis) and simulated strain (vertical axis). Figure 6 shows the strain correlation plots for nine events. These plots show all gauges for all time. There was some error in the plots due to poor gauge placement, which can be common and deserves consideration.

The loads were then stored in data files and, together with Wolf Star’s True-QSE software, the loads were fully plotted and interrogated, as well as the rest of the structure. As shown in Figure 7, the force on the hitch (orange) during an extended period acted upward, whereas the hitch’s fore/aft load (green) was mainly pulling rearward except when braking and stopping.

With a loading time history calculated, responses anywhere on the hitch can be calculated. These loads can even produce operating deflection shapes (ODS).

This project shows how True-Load software can be used to understand all of your product loadings. True-Load can turn any part into a load transducer from just a few strain gauges and an FEA model. True-Load produces strain correlation plots to give you confidence in the calculated loads. Once you have strain-correlated loading, you have the power to design without additional trips to the proving grounds.

FPGA and ASIC development rely on overview and readability September 19, 2022 Quality and development time are critical parameters for Field Programmable Gate Array (FPGA) and Application Specific Integrated Circuit (ASIC) device…
Low-code building block approach to sustainability and ESG December 21, 2022 Today in Sustainability and ESG, we are navigating an ever-changing and uncertain landscape. For organizations trying to meet new regulations…
Bridges, Bicycles, Cars – What's the Load? June 21, 2021 Whether an engineer is developing a bridge, bicycle, or car, they have to address complex and significant strain and load-related…

This article first appeared on the Siemens Digital Industries Software blog at https://blogs.sw.siemens.com/partners/perform-load-analysis-with-real-world-results/