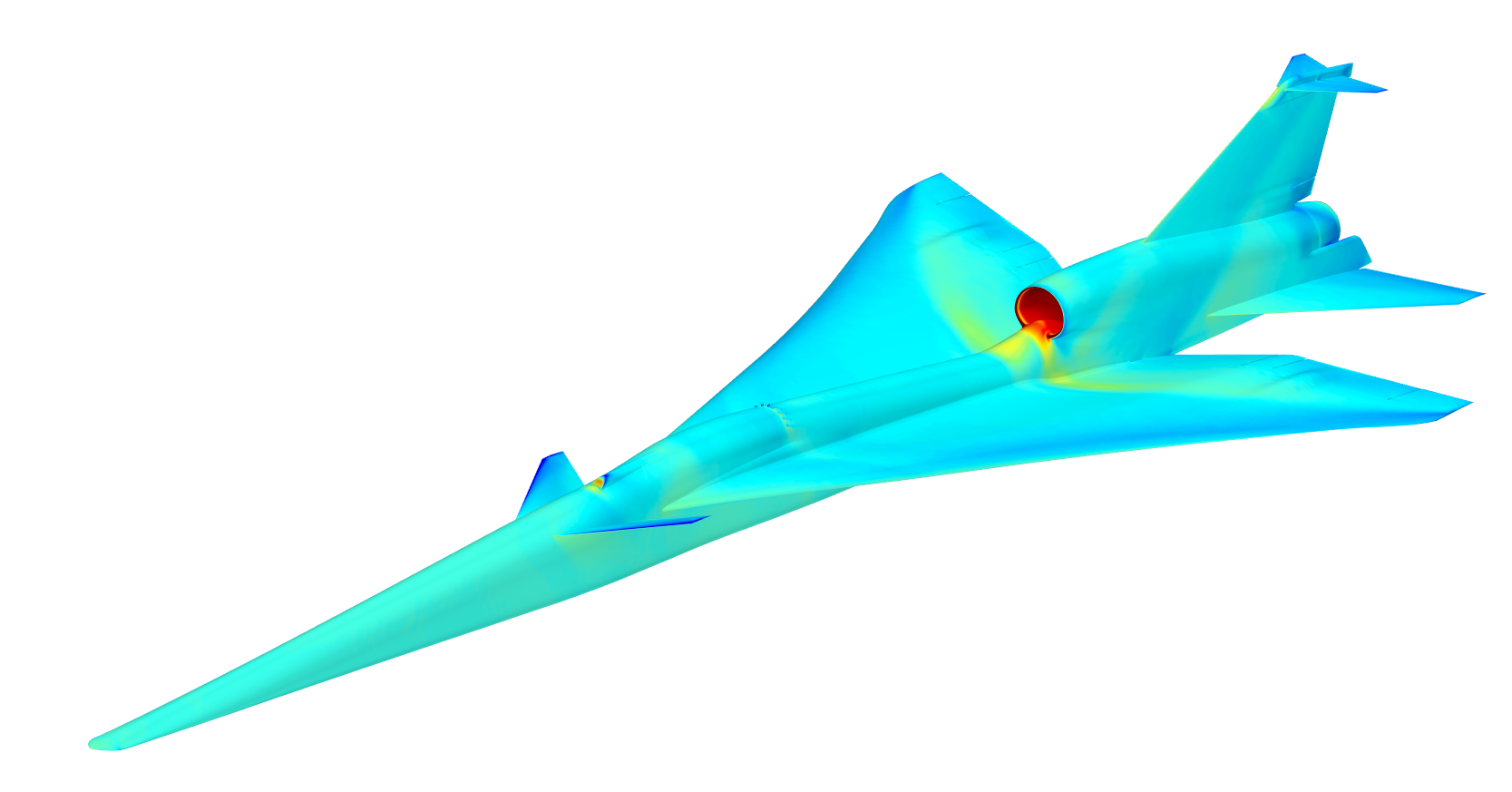 It was mesmerizing.  Through the wind tunnel test section viewport, you could see the wing pitch up, hold at a high angle of attack for a second or two, reset to the starting position, and then do it all over again.  And again.  And again.

It was longer ago than I care to admit, but during grad school, I took a six month break to do some consulting at United Technologies Research Center in East Hartford, Connecticut.  While I was there, I had occasion to visit a colleague who worked at the UTRC Large Subsonic Wind Tunnel in another part of the campus.  I forget why I was visiting, but I vividly remember what was happening in the tunnel (you can read more about that work here). As I said, it was a mesmerizing spectacle; all that big expensive machinery working with robotic precision.

It was also automated, or some poor technician would have had a terminal case of repetitive stress disorder after about half of day of testing.  The required data was far more than could be efficiently acquired by working through the desired conditions by hand.  Instead, the test matrix, or significant chunks of it, were “scripted” and the required tests run without requiring too much human intervention.  This was back in the days when computational fluid dynamics was viewed, at best, as an auxiliary tool to supplement wind tunnel data.  There was big talk of eventually replacing “analog” wind tunnels with “digital” wind tunnels, but nobody took it too seriously.

How times have changed.  That tunnel at UTRC has been shut down…in part due to the success of CFD analysis.  Where there was once deep suspicion of any CFD result that hadn’t been backed up by direct comparison with experimental data, many certification tasks are now done primarily with numerical simulations, and some use CFD exclusively, making the process both faster and cheaper. TLG Aerospace, for example, is actively involved in CFD-based certification. But just like in the test I witnessed all those years ago, our systems must be automated if we are to assemble the vast amounts of data needed to design, develop, and certify the next generation of flight vehicles.

One of the major uses for CFD in the development of new aircraft is the generation of aerodynamic databases.  These databases can have many tens of thousands of data entries (upwards of 100,000 in some cases).  Each entry in the database typically requires a separate CFD simulation for a single vehicle configuration and flight condition to provide the needed data (which typically includes at least a full set of force and moment coefficients, but can include much more).

The challenge is immense.  If 100,000 combinations of vehicle configurations and flight conditions are to be run to construct a database for a new design, and it has to be completed in one year, then you need to be averaging one new CFD result every five minutes every hour of every day for that entire year.  How can this be accomplished?  Clearly, some serious computational resources must be brought to bear, but you need more than just a lot of cores.  You need software that is designed to be automated in a massively parallel environment, and that’s where Simcenter STAR-CCM+ comes in.

It starts with a live connection between your CAD package and the CFD software.  Using CAD Clients, a two-way connection can be established to give Simcenter STAR-CCM+ access to parameters which are defined in a CAD model.  This allows these parameters (e.g. flap angle or elevator position) to be set within Simcenter STAR-CCM+.  The CAD package then adjusts the solid model appropriately, and the modified model is automatically made available to the CFD package.  For example, in the analysis below, the design of a new nacelle for One Aviation’s Eclipse business jet has been imported, with CAD parameters intact.

The next piece of the automation puzzle is the meshing process.  The CAD-to-Mesh pipeline in Simcenter STAR-CCM+ has long been known for its ability to create high quality meshes for very complex geometry.  In this example, which isn’t even too complex by Simcenter STAR-CCM+ standards, the flow around an electrically powered aircraft is modeled along with the flow through the engine compartment. In addition, the meshing process is inherently automated.   Because of this, once a well-designed meshing process has been developed for a baseline configuration, a modification to the underlying CAD (e.g. changing the parameter controlling aileron deflection) can be incorporated into a new mesh simply by re-running the pipeline.  You don’t need to make manual adjustments every time something changes.

The recent release of Simcenter STAR-CCM+ 2020.1 added significant new improvements to an already extremely capable meshing system.  The general polyhedral mesher has been the preferred approach within Simcenter STAR-CCM+ for aerospace applications for a variety of reasons, but it lacked the ability to make efficient use of parallel processing, which slowed the process.  Now, with version 2020.1, the ability to create high quality polyhedral volume grids in parallel has been added. From the point of view of aerodynamic database creation, this is a game-changing improvement. Mesh generation is reduced from hours to minutes. In the example below, the simple NASA Common Research Model wing/body configuration used to take more than an hour to mesh, but now takes less than fifteen minutes on a Linux workstation.  Even faster speedup has been seen for larger, more complex cases using more cores.

(Not) About to Crash

Once the mesh is in place, the next requirement for aerodynamic database generation is a robust flow solver.  Simcenter STAR-CCM+ has the proven ability to provide accurate predictions of flow around complex geometries in speed regimes ranging from incompressible to supersonic.  The wide variety of models available allows inclusion of either more sophisticated physics for increased accuracy or the use of smart engineering models to reduce the time to solution.  The addition of the new “AutoCFL” algorithm in the 2020.1 release both simplifies the setup of the coupled solver and improves the robustness of the solution process. The fact that it often also provides faster convergence (and correspondingly faster results) is a welcome bonus.

In addition, the new Adaptive Mesh Refinement capability allows the computational grid to automatically adjust to the flow as it develops.  Using this approach, meshing for angle of attack sweeps becomes much easier, because you only need to create a quality nearfield grid, and then let AMR take care of the wake.

When All is Said and Done (Post-Processing)

Being able to mesh and run 100K cases automatically is great, but you also need to be able to extract the data of interest in order to construct your database.  The sophisticated built-in post-processing capabilities in Simcenter STAR-CCM+ are ideal for this purpose. Like the rest of the CAD-to-solution pipeline, the user can set up all the desired analysis and flow visualization one time and then use the same pipeline as often as needed (whether that’s ten cases or tens of thousands of cases) without having to make further modifications.

The final piece of the aerodynamic database generation puzzle is the overarching automation of the full database creation.  Simcenter STAR-CCM+ provides multiple methods for automatically carrying out this kind of process.  Design Manager provides an automated approach for running design exploration studies. This includes both performance assessment (as would be desired for database generation) and design optimization.  At a more granular level Simulation Operations allow you to automate many processes from within a given simulation; no external script required. Finally, if needed, Java macros can be used to control fine details of a single simulation or the handling of results from multiple simulations.  The result is a comprehensive automation solution whose primary limitation is the human imagination.  And with each release, the automation tools become both more powerful and easier to use.

All About That Database

Put it all together and the task of aerodynamic database generation task goes from impossibly daunting to not just doable, but doable on resources that you don’t have to be a Boeing or an Airbus to afford.   For example, 30 million polyhedral cells is sufficient to create a quality mesh for many aircraft in a cruise configuration.  At Siemens, we have demonstrated the ability to mesh and solve for the flow around a generic transonic airliner in less than an hour on less than 200 cores.  To create a database using 100K such simulations in a year would require 12 cases running simultaneously, so about 2400 cores would have to be devoted full time to the effort.  That’s an appreciable investment in computational resources, but not out of the question for an engineering organization with the means to design, build, and certify a new aircraft.  That’s especially true as the use of cloud computing resources becomes more routine.

When I observed that tunnel test back in 1989, it was unthinkable to have a technician manually dialing in the test settings over and over again.  In 2020, manually tweaking and submitting one CFD case after another should be just as unthinkable.  It’s time to go beyond that.  It’s time to automate, and Simcenter STAR-CCM+ has the capabilities needed to do the job.

One thought about “Automatic (CFD) for the People”

This article first appeared on the Siemens Digital Industries Software blog at https://blogs.sw.siemens.com/simcenter/aerodynamic-database-generation-with-cfd/