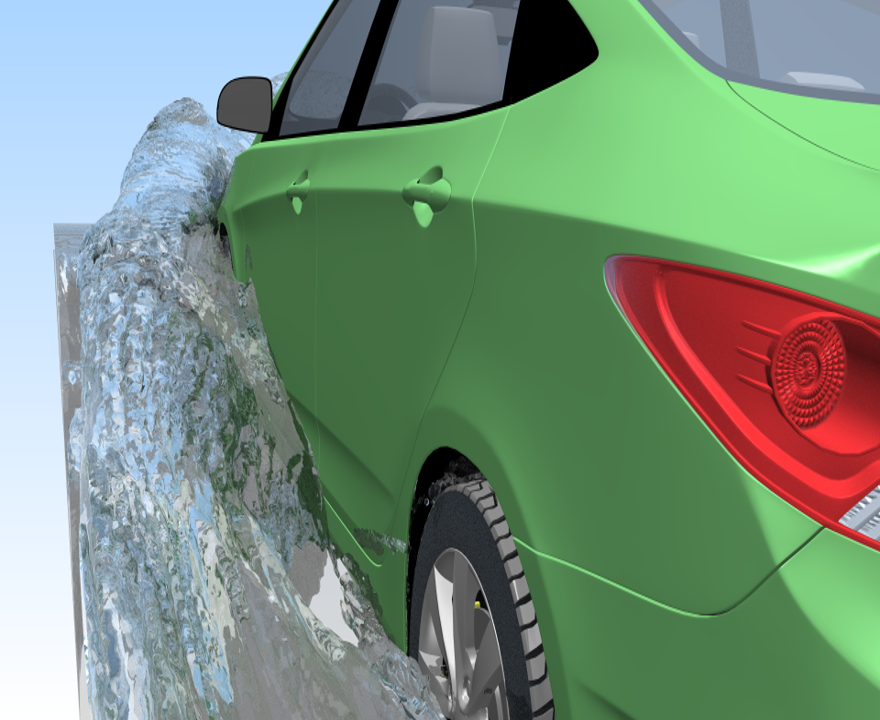 I’ll never forget my first time driving outside of my home state of sunny California. It was through rural Ohio in September – right in the middle of a thunderstorm. Visibility was so low that I crawled to a snail’s pace in the hopes that lowering my speed would help me see the road better. At around 25 MPH, I was feeling pretty good about my ability to drive in the rain.

Meanwhile, all the rain-practiced Ohio drivers flew by my car at a normal speed, with several unflattering hand gestures directed at me due to my less-than-stellar driving performance in the rain. But hey, better alive and flipped-off than dead and well-liked, right?

While visibility in the rain and snow is important for traditional vehicles and drivers, it has become even more crucial with the increase in autonomous and electric vehicles. Engineers are now being tasked with new, more complex challenges:

There are also several variables involved that will determine how well an engineer will be able to address these questions during the development phase. In this blog post, we will explore some common vehicle water management challenges that companies today are facing. We will then showcase 6 ways the Simcenter Engineering and Consulting Services team has used Simcenter STAR-CCM+ to solve these challenges.

First, what are the challenges associated with vehicle water management?

Unless you’re in a place where it’s sunny 90% of the time, weather can be a fickle friend. For testing situations such as electric vehicle wading, it can be difficult to perform real-world, outdoor testing. What if it doesn’t rain on the day that you planned to perform a wading analysis? What if the pond that you’ve been using for wading analysis has frozen over?

Sensors only work when they are clean

Autonomous vehicle sensors can be negatively affected by seemingly mundane factors. A bug, bird dropping, or spot of dirt can render a sensor completely blind.

Even if you can install something to clean the obstruction, it is possible to overclean a sensor. What if you replace the gas engine in an autonomous or electric vehicle with a full tank of sensor cleaning fluid? This would negate the benefit of removing the gas tank from the vehicle.

In autonomous vehicles, camera soiling can also cause visibility issues. This can lead to pedestrian safety issues or it could cause the system to become disabled. Either way is not an ideal scenario for a driver. The below video (courtesy of the Simcenter Prescan team) shows an autonomous vehicle attempting to park in the rain and the possible result if a pedestrian walked nearby.

An obvious solution to the issues above would appear to be that the sensors should simply be placed behind the windshield rather than in front. Sounds easy enough, right?

Not so much. Doing so would raise a host of other problems for the sensor. The first is the angle of the windshield: windshields are curved, so this would cause a distorted view for the sensor. The second issue is the material of a windshield. Windshield glass is designed with human vision in mind, not a sensor’s vision. A sensor would likely not be able to see underneath a multi-layered windshield.

Don’t blame it on the rain, simulate it

The above example, using Simcenter STAR-CCM+, shows how all these factors can be simulated on a full vehicle. Using simulation, engineers can make informed decisions about where to put cameras, how to protect them, and how they will perform in an endless variety of scenarios.

In the example above, Simcenter Engineering experts were tasked with simulating electric vehicle wading and predicting dynamic water levels in real time. This is particularly important for electric vehicles because of the battery’s location at the bottom of the vehicle. This simulation also provides a safe alternative to physical testing, or it can act as a stand-in when physical testing is not available (ie if a pond typically used for testing freezes over).

In this example, the Simcenter Engineering team used Simcenter STAR-CCM+ to perform a transient Volume of Fluid (VOF) analysis in order to gain a better understanding of wading and drainage time. This allowed them to identify wetted surfaces and drainage issues near the battery underpanels.

The water height near the front grille and wetted surfaces predicted in the simulation were validated against test site measurements and proved to have strong correlation with physical testing. The CFD surface pressure results can be used as inputs to FE displacement/stress analysis. As a bonus, the results were provided to the customer in a generic jt-format to allow non-CFD users to use the results.

This method has many other applications, including sensitivity studies to analyze impact of car ride height, heat exchange porosity, rain/soiling problems, and much more.

The study of sensor cleaning is still in its early stages. However, Simcenter Engineering recently partnered with a customer to simulate the spray cleaning of a LiDAR lens for autonomous vehicles. The team needed to predict spray behavior and impingement patterns on the LiDAR sensor’s window.

The results of this study allowed the customer to take advantage of a detailed spray submodel that could be integrated into the full vehicle airflow model, with cone angle computed at every time step. Not only does this give the customer much more insight into the spray cleaner’s behavior, but it will also aid them in their mission to build a comprehensive vehicle water management program.

Another area of interest to engineers looking to optimize vehicle water management is avoiding water accumulation in the trunk. Not only can this accumulation be annoying to car owners, but it can also accelerate corrosion in doors and frames.

Using Simcenter STAR-CCM+, the Simcenter Engineering team performed a VOF simulation and combined it with Fluid Film to track water patterns on a vehicle’s surfaces. This allowed them to monitor thin film runoff and predict where the water would travel or pool. Additionally, simulation was used to compare results for different size drainage holes.

The results of this simulation helped the team optimize water channeling and sealing geometry to avoid water accumulation near the trunk and prevent corrosion. The simulation had high correlation to physical test and will help make sealing against water in vehicles more robust.

Wiper blade analysis is another area of vehicle water management that can benefit from the use of CFD software. The Simcenter Engineering team worked with a customer to predict the impact of rain or spray on driver visibility and identify pillar channel runoff issues.

Multiple techniques were used in this analysis:

The software enabled engineers to account for fluid film on the windshield, pillar, side mirror, and side window, helping them identify pillar channel runoff issues. Additionally, the wiper motion was modeled in order to help the team evaluate different wiper blade designs.

The Simcenter Engineering team was able to reach an ideal blade design after analyzing complex seal geometry, wiper motion, and spray in Simcenter STAR-CCM+. Additionally, they identified critical sensitivities to contact angle and surface tension, which was also critical to blade design.

When driving in the rain, aerodynamic pressure forces water to the side windows. Simcenter Engineering experts recently worked with a customer to model the complete multiphase water transport path.

The team used Simcenter STAR-CCM to model the droplet, thin film, VOF, and edge stripping of the water. The VOF-Film-VOF transitions were determined by the criteria provided by the customer. The team also simulated variable vehicle speeds and surface tension contact angles in order to provide the highest accuracy possible.

After modeling the full water transport path and comparing the simulation results to wind tunnel testing, the team determined that the best solution would be a pure fluid film on the side mirror to allow for edge stripping of droplets. This study gave the customer an easy solution to their side mirror challenges and dramatically reduced testing time.

Despite the difficulties, the Simcenter Engineering team worked with a customer to predict snow ingestion and accumulation on vehicle surfaces. Using simulation, the team injected one “sheet” of particles to quickly evaluate multiple designs. This allowed engineers to observe several phenomena:

Considering the complexity of the problem, the team was able to perform the one-way coupled analysis in a relatively short amount of time. This study also allowed the team to confirm that qualitative comparison between many design variants is indeed possible when analyzing snow ingestion, and design optimization could be performed in future studies using Simcenter STAR-CCM+ or HEEDS.

The role of CFD for EV/AV vehicle water management

While the world is still realizing the promise of electric and autonomous vehicles, the Simcenter Engineering and Consulting Services team is helping to make this field safer, more reliable, and more efficient. Using CFD simulation holds significant promise for vehicle water management, especially for AV/EV applications. To learn more, check out the resources below:

If you’d like to get in touch with Simcenter Engineering services, email us at engineeringservices.sisw@siemens.com.

4 Myths about AI in CFD April 6, 2021 As Artificial Intelligence (AI) has become more ubiquitous in our everyday lives, so too has confusion about what it is…
Is e-bike noise an issue? Quit whining! June 2, 2021 E-bikes become quite popular these days. Besides the operating range, also the generated noise is an important quality aspect for…
If you can’t take the heat… Simulate it! Reducing… June 10, 2021 Find out how to efficiently and accurately simulate VTM using Simcenter Engineering's multi-fidelity workflows.