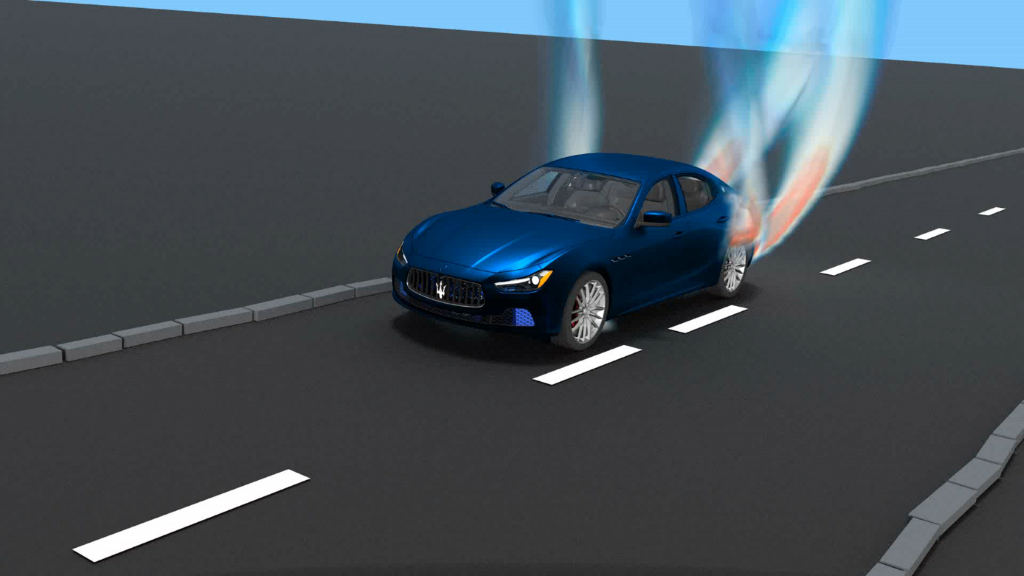 For today’s engineers, the ability to leverage multiple tools is essential to remaining competitive. Tightening regulations and increasing prototype costs mean that predictive analysis is more important now than ever before.

In today’s environment of fast-paced change, engineers need to find ways to minimize development time and cost while maximizing performance and reliability. A combination of 1D-3D simulation techniques is one way to achieve this.

Using 1D-3D co-simulation has many advantages. 1D and 3D simulations complement each other by enabling access to information that may be missing when using either approach alone. This technique helps engineers achieve more complex, realistic simulations.

Typically, 1D simulations are very fast. However, in order to achieve that speed, 1D simulations make many assumptions and do not take the impact of detailed geometry into account.

Conversely, 3D simulation offers a high level of detail and precision. However, it would be extremely expensive computationally to simulate a complete system using 3D.

By combining the two methods, engineers can take advantage of the highly detailed, comprehensive models offered by 3D, while enjoying the speed of 1D simulation.

Common engineering challenges and the role of co-simulation

Companies developing new products typically face two types of challenges: The actual engineering and design, and the business considerations, such as time to market and product development costs. Our customers are constantly asking themselves questions like:

In this blog post, we will share some examples of automation and customized workflows using 1D-3D co-simulation. We will also discuss the role that engineering partners, such as Siemens’ Simcenter Engineering and Consulting Services group, can play in developing these processes.

Automotive cabin comfort and Vehicle Thermal Management are two areas where the use of 1D-3D co-simulation can have a big impact on the development time and cost.

One way automakers can improve cabin comfort for their customers is by optimizing HVAC systems. Leveraging 1D-3D co-simulation is especially efficient for HVAC, as it allows complete characterization of the system while minimizing physical tests and reducing the development lifecycle of the product.

An example of a company who uses simulation exclusively to design its HVAC is Jaguar Land Rover (JLR). When modeling the vehicle cabin, most simulations may only look at the fluid domain. However, for a high fidelity simulation, both the air in the cabin and the components would need to be modeled. This includes a wide variety of parts, including the electronics in the dashboard and the glass and paneling in the cabin. JLR used 3D simulation in Simcenter STAR-CCM+ to capture the flow and thermal behaviors.

As a result of these simulations, JLR has been able to significantly improve the cabin comfort in its vehicles. The team has also achieved a shorter development time, reduced physical testing, and improved HVAC system performance.

While 3D simulations give more detailed simulations, 1D simulation via Simcenter Amesim can eliminate the need to model the refrigeration loop in detail. This would normally entail a complex phase change and is a computationally expensive simulation, especially for an area that was not the focus of the investigation. Engineers can also use 3D CFD simulations to calibrate and validate the 1D system analyses.

Improving the energy efficiency of products is a significant focus of many automakers. One of the most important performance indicators of energy efficiency during vehicle development is distribution across the underhood cooling package.

The front airflow management into the engine bay is critical to ensuring the cooling system will work properly. It affects engine performance, cooling capacity, and passenger thermal comfort.

Companies can have several dozen grille and heat exchanger configurations when starting a new vehicle program. It would be extremely costly and time-consuming to physically test each possible configuration.

A better option is for engineers to use simulation to evaluate the different designs and even couple the underhood thermal analysis with cabin comfort simulations. This gives a more complete view of vehicle performance and can replace some testing and prototyping.

A key indicator of proper front-end airflow is keeping peak and average component temperatures within material limits in the underhood (engine bay) region under the harshest load conditions.

In the case study below, Simcenter Engineering Services modeled the New European Driving Cycle (NEDC) with a special focus on the coolant circuit.

The Simcenter Engineering team built a 1D system model in Simcenter Amesim. It consisted of the coolant loop from the radiator outlet back to the inlet, including all pumps and valves. This 1D simulation provided an effective way to enhance fidelity and maintain computational speed, especially since the internal engine geometry of the 3D model was not available.  Harnessing a 1D system model, the team could still reasonably represent the cooling jacket and thermal input of the cylinders.

The team then modeled the rest of the vehicle in 3D using Simcenter STAR-CCM+, which enabled the exploration of the radiator design space and effectiveness of the grilles and ducts in the front end of the vehicle. They applied the transient boundary conditions of the NEDC to both 1D and 3D models and included vehicle speed, inlet velocity, pump speed curve, and wheel rotation.

While running the NEDC, the team monitored several key areas, including the radiator top tank temperature. The radiator top tank temperature is an important parameter in designing the cooling system, as it provides information about how the system is performing under various load conditions. An accurate radiator pressure drop computation and local heat exchanges are required for computing the coolant temperature evolution, which ensures there is enough flow to maintain proper temperature of the critical engine parts. By using 3D models, engineers were able to monitor the system performance and predict the temperature distribution across the full vehicle under various load conditions.

The total simulation time was 1,180 seconds. The inlet and outlet parameters of the radiator were exchanged between the 1D and 3D models for every one second. Additionally, the 3D model was monitored for convergence during each loop. This simulation time was a huge improvement compared to previous simulations.

The automotive industry is in the middle of a digital transformation. Companies that are unable or unwilling to adapt their organizations and processes accordingly will get left behind.

Daimler is one of the leading OEMS setting the pace of change for the industry. In 2015 alone, Daimler increased its number of vehicles by over 15% while growing profitably by over 10%. This increase in profitability was partly driven by Daimler’s commitment to investing in digitalization. The company has transitioned its development process from building several physical prototypes and test phases to only building a physical prototype at the end for verification and validation.

Part of Daimler’s transition to digitalization has been driven by its partnership with the Simcenter Engineering and Consulting Services group at Siemens. With Simcenter Engineering’s support, Daimler has been able to develop and improve a state-of-the-art thermal model, where several thousand components are tested for peak temperature through varying load conditions, all through a virtual environment. This allows thermal failures to be prevented before the first prototype is built.

The Thermal and Fluid Dynamic Engineering Development Group in the Vehicle Function Testing Department at the Mitsubishi Motors R&D center is primarily involved in development related to cooling performance, heat resistance and air conditioning. Development is composed of two functions: the first is to predict performance using CAE at the design stage before a vehicle is manufactured, and the second is to conduct physical testing once a test vehicle has been produced.

The group runs 3D simulations that predict engine compartment cooling, airflow through the heat exchanger, and thermal damage of parts in the engine compartment. It uses a 1D tool to simulate coolant, engine oil, and transmission temperatures.

The team recently partnered with Simcenter Engineering to improve the battery performance in an electric vehicle. Together, the teams used Simcenter STAR-CCM+ to improve the cooling performance, develop methods for design exploration, and better understand the simulation results. As a result of this partnership, Mitsubishi Motors Corporation achieved significant improvements in the battery design and obtained valuable knowledge of simulation techniques.

If you’d like to get in touch with Simcenter Engineering services, email us at engineeringservices.sisw@siemens.com.

4 Myths about AI in CFD April 6, 2021 As Artificial Intelligence (AI) has become more ubiquitous in our everyday lives, so too has confusion about what it is…
If you can’t take the heat… Simulate it! Reducing VTM costs… June 10, 2021 Find out how to efficiently and accurately simulate VTM using Simcenter Engineering's multi-fidelity workflows.
Lifecycle Insights - Guided simulation workflows: A… March 28, 2022 Engineers are increasingly adopting simulation early in the design process. And it’s easy to see why this shift-left strategy is…
This article first appeared on the Siemens Digital Industries Software blog at https://blogs.sw.siemens.com/simcenter/tighter-timeframes-tougher-requirements-less-stress-the-argument-for-1d-3d-co-simulation/