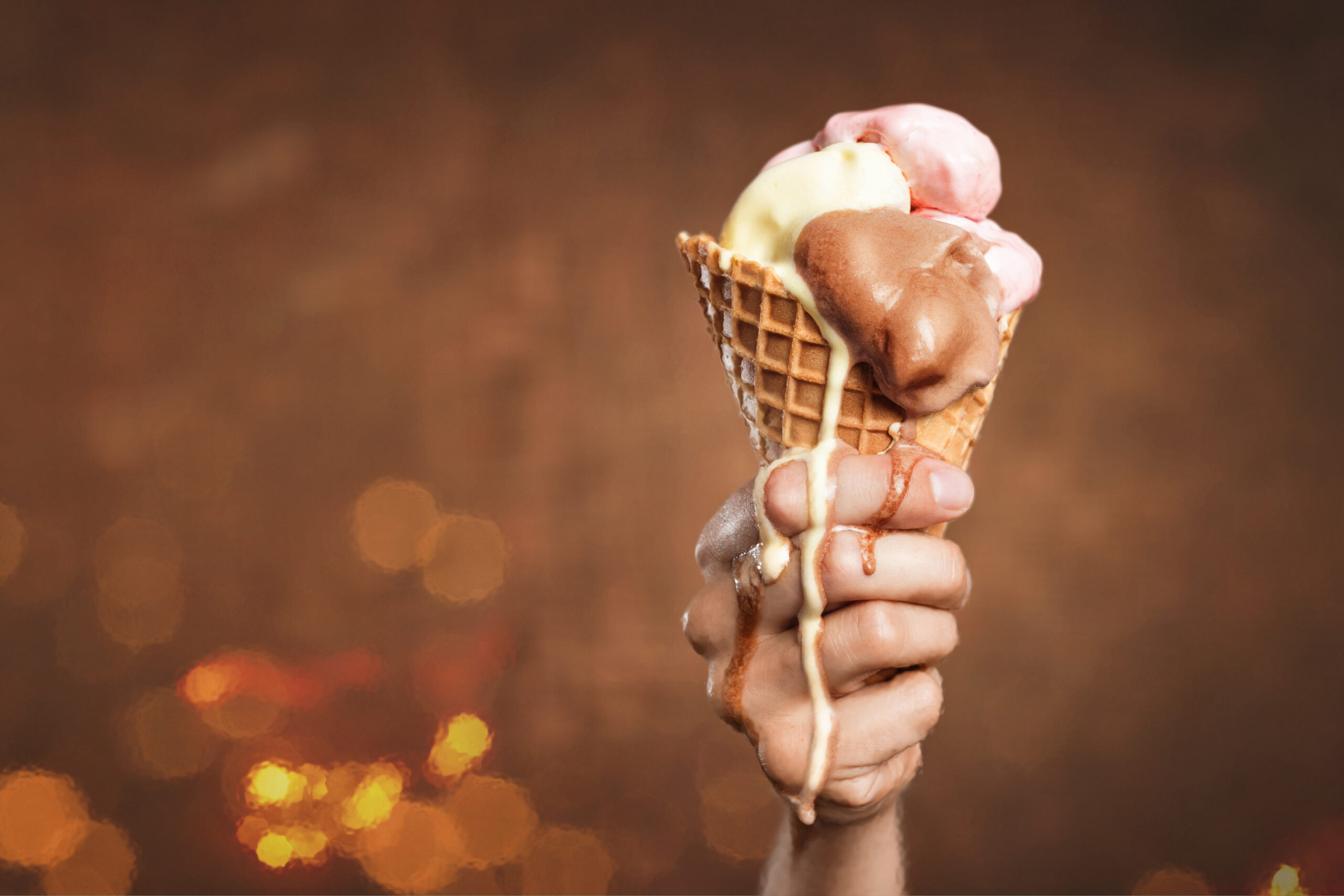 Remember back to your school days when lunch times were often filled with such philosophical questions as; who would win a fight between a dinosaur and a truck? Or why is quick sand called quick sand if you sink slowly? Well I haven’t really grown up much, just learnt to answer these questions with professional engineering tools such as Simcenter Flomaster.

Today I thought I would spend some time using these tools to answer that age old question; what would win in a race, ice cream or apple sauce?

Both of these fluids are a bit weird, however we don’t often think about this too much in everyday life. They are considers to be weird as they don’t flow like water, but neither are they solid. Equally they don’t follow standard Newtonian physics. Therefore we are exploring the wonderful world of non-Newtonian physics again where fluids can climb rotating shafts and resist impacts from bullets and do all sorts of seemingly mystifying things.

We have looked at this before in our previous blog on “Why is Ketchup so Difficult to Pour ” and explained the physics behind these fluids. Now we can look at the simulation and put some of this knowledge into practise.

An overview of the model used to simulate the system is shown below. Each system is identical and at the start of the simulation all of the pressure sources are set to 2 bar. The inlet is controlled and linearly increases to 4 bar over 10 seconds. While we have simulated apple sauce and ice cream I have also thrown in some other fluids just for fun.

The most interesting results can be observed during the simulation, we can do this by using the playback feature to visualise the fluid velocities inside the pipes. This shows how the fluids initially start to flow but many slow down or speed up their velocities during this simulation due to the non-Newtonian characteristics of the fluid.

This is all good fun and we can see how the fluids behave, we can also now answer our initial question of what would win in a race, ice cream or apple sauce? The answer quite clearly is apple sauce! Who guessed right?

A longer version of this demo and the simulation set up is explained in more depth in our Tech Tips video:

Perhaps it isn’t quite as simple as that though. We need to look at this as a graph to try to understand a little better what is happening.

This graph illustrates how all of the fluids have certain resistance to the flow initially and then at different points they start to slip and flow. Apple Sauce (blue) shows this behaviour best as it resists the flow for the first couple of seconds and then suddenly starts to flow quickly, with a final velocity greater than the olive oil, slurry and ice cream. This means that if the pressure difference was maintained relatively low then ice cream would flow faster than apple sauce and win. At higher pressure differences apple sauce would win.

Many of these behaviours are interesting and perhaps unexpected results that couldn’t be guessed or approximated through experience. They demonstrate why simulation of this complex physics is required. We have taken a more in depth look into this in our knowledge base article; The weird and wonderful world of Non-Newtonian fluids with Simcenter Flomaster

Perhaps the best way to understand this phenomenon though is to go into Simcenter Flomaster, unpack the sample system of this model and watch the visualisations and look at the results for yourself.

From Internal Combustion Engine (ICE) to Ice Cream with CFD… February 15, 2021 (It's the middle of winter here in the US. Summer, sunshine, sandy beaches and soft serve ice cream seem like…
How to Design a Heat Sink for Additive Manufacturing August 11, 2021 Learn how to create a unique heat sink designed for additive manufacturing, and see how 3D printing allows engineers more…
Engineering the low-carbon, cruelty-free, lab-grown… February 4, 2022 87% of the greenhouse gas emissions from a burger come from the beef. Find out how simulation is helping to…
This article first appeared on the Siemens Digital Industries Software blog at https://blogs.sw.siemens.com/simcenter/what-would-win-in-a-race-ice-cream-or-apple-sauce/