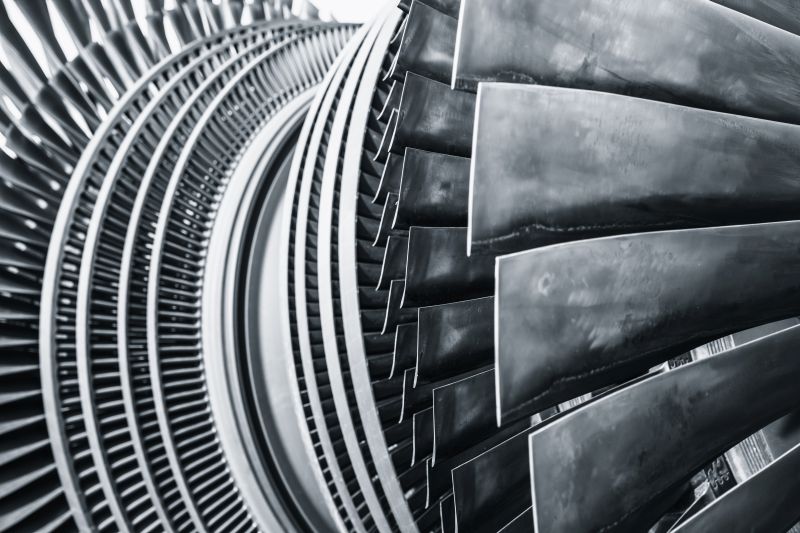 But this change in operating patterns has a knock-on effect on component lifetimes. The increased number of startups and shutdowns changes the load behaviour of the turbine. This in turn leads to increased mechanical and thermal stress on components such as blades and housings. Is there a way of predicting component behaviour under these new operating conditions?

B&B-AGEMA is an engineering company based in Aachen, Germany. They provide consulting and R&D services to the turbomachinery and power generation industries.  In this recent study,  B&B-AGEMA simulated a steam turbine startup phase using Simcenter STAR-CCM+. Their aim was to investigate the metal temperatures and heat transfer mechanisms during startup and predict heat transfer coefficients. For this study, they simulated the equivalent of a 5-hour startup from cold to full load, for a 300 MW intermediate stage steam turbine.

Using CFD simulation to investigate turbine startup has multiple benefits. The team can predict final metal temperatures and heat transfer coefficients at full load. But they can also examine the relative contributions of heat transfer mechanisms during the transient startup. The CFD simulation included both fluid (air) and solid (metal) regions, so captured the convective and conductive heat transfer. It also included radiative transfer.

Initially, convection dominated over thermal radiation, and the airfoil surface was the source of most heat transfer, from the fluid into the solid. Over time the heat transferred through the airfoil into surrounding solid components. By full load (steady state) conditions, radiation outweighed forced convection at the airfoil surface. Overall, the team found that local convective heat transfer coefficient generally increases with increasing axial and circumferential Reynolds’ number and is mostly influenced by vortex systems such as passage and horseshoe vortices.

In their presentation B&B-AGEMA discuss how these CFD simulations can be included in lifetime predictions.  The transient conjugate heat transfer simulations give more accurate HTC’s than the standard analytical correlations. But running a full CHT simulation before every FE prediction would not be efficient. Instead, they suggest using the simulations to create correction factors to use with the analytical correlations. The overall computational effort stays small, but the final thermal stress predictions will be more accurate.

During this study B&B-AGEMA ran both steady state and transient CFD simulations. Watch this presentation recording to get full details of their methods and the results. You can also find full details in this paper.

And learn more about B&B-AGEMA’s digital test rig approach with Simcenter tools in this video:

This presentation was part of Realize Live, an annual conference and tradeshow that brings together the global Siemens Digital Industries community of end-users, industry leaders, partners, and product experts. The next event is on May 26, 2021. Register now to learn, connect and grow with our community of experts and users.

Gas Turbine CFD - Driving Innovation with Data and Insight February 2, 2021 Once upon a time in a world without gas turbine CFD simulation... Manager: The design team came up with a…
Keeping the lights on in a Climate Emergency December 1, 2021 In the midst of climate emergency 63% of our electricity still comes from burning carbon dioxide belching fossil fuels, that…
Bring Your Kids to Work Ep.1: The Executable Digital Twin June 15, 2022 For Bring Your Kid to Work Day, Ian McGann talks to his son about how Simcenter is used to design…
This article first appeared on the Siemens Digital Industries Software blog at https://blogs.sw.siemens.com/simcenter/predicting-heat-transfer-during-turbine-startup-using-cfd/