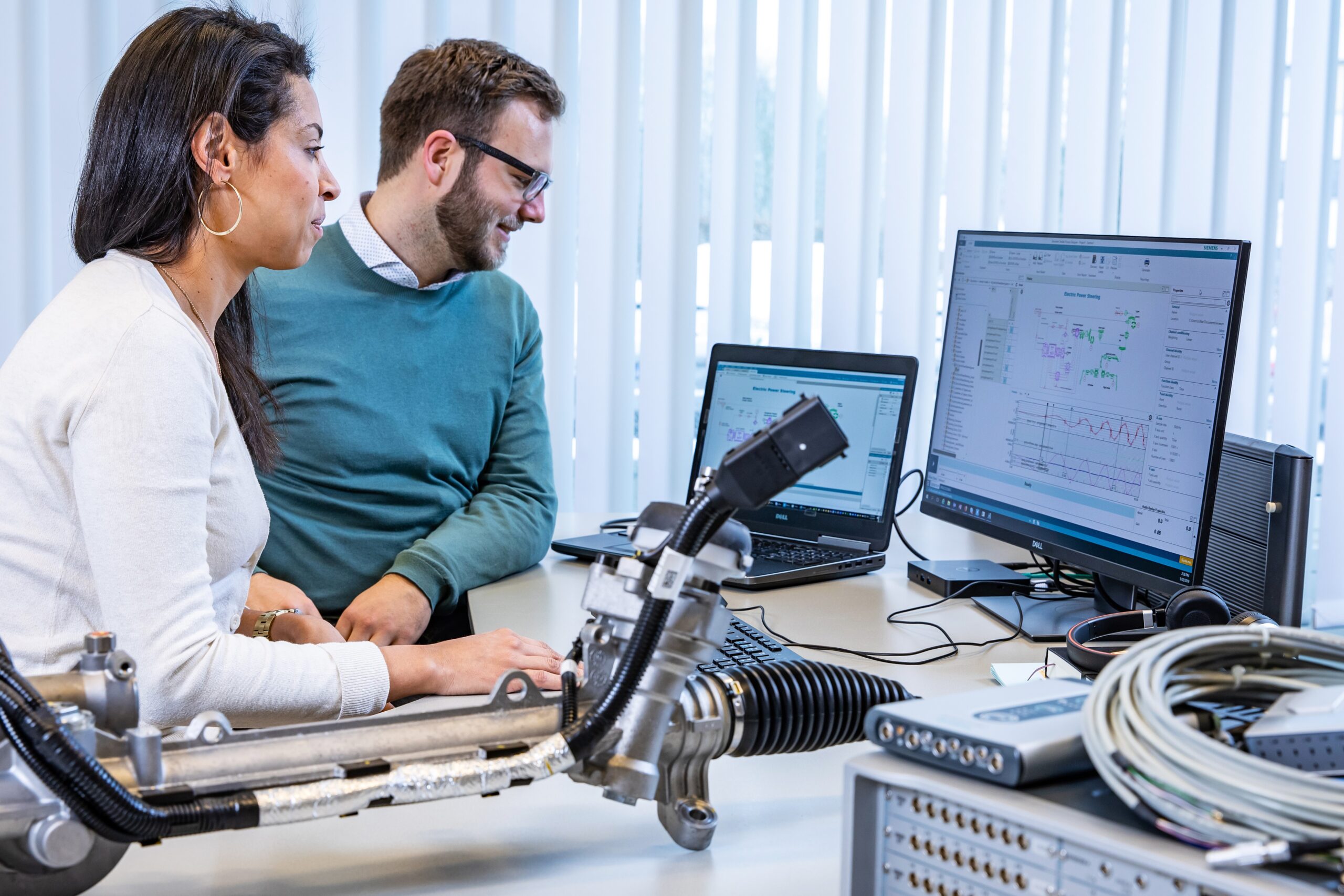 With the current push to bring products faster to market and in more variations, we need to rely heavily on simulation models (Model-Based Development approach). It is otherwise impossible to achieve these tight deadlines if you have to wait for the complete physical prototype to be available to run all necessary tests. It means that the validation of these simulation models is essential if you want to be able to trust their results. This is true for simulation models made for any industrial sector such as automotive, aerospace as well as the mechanical industry. No matter how easy or complex your model is, if it has not been validated, you cannot know if the simulation results are reliable.

To do this validation, experimental test data is needed. More than often it must be multi-physical test data due to the nature of modern products. As you already know this multi-physical sensor data can be measured using the Simcenter SCADAS data acquisition hardware and saved to disk using Simcenter Testlab Neo.

So, wouldn’t it be ideal if you could also do this model validation directly in Simcenter Testlab Neo?

This blogpost highlights how to perform validation of simulation models (particularly on Simcenter Amesim models) using the new capabilities in the Simcenter Testlab 2021.1.

To avoid confusion during validation, the Alias Mapping Table can be used to map simulation and test DOF ID’s as they are often not identical.

As shown in Figure 3, by using the alias mapping table these DOF ID’s can be linked so that only one common name is shown. This allows easy display of system data (simulation and test) using the wide range of pivot tables and automatic displays available in Simcenter Testlab Neo.

It removes the Amesim non-equidistant data samples thus making this data equidistant. After that, any of the Simcenter Testlab Process Designer methods shown below can be used to process simulation and test data and calculate the required metrics for the simulation model validation.

Up to this point we have discussed how to import Simcenter Amesim results in Simcenter Testlab Neo. This approach works great as long as the data to be exchanged is not bigger than several GBs (~ 4GB). Above this limit, data transfer times hinder the efficiency of the model validation process. Also, in case the simulation models must be fed with many test runs, a different approach is needed for you to remain efficient in the validation process.

To implement this new validation approach in Simcenter Testlab Neo, you can use the FMU method (Functional Mockup Unit) from Simcenter Testlab Process Designer. Add one or multiple FMU methods to your process, link each method with the FMU of your choice, define which Test run(s) will feed each FMU and you are good to feed GBs of test data into your simulation models and let them produce many GBs of simulation data to be used for validation. Similar to accessing batch runs from Simcenter Amesim, you can execute multiple FMU’s in parallel in one process as shown below.

During this validation process with FMUs, you will of course need to update a few FMU parameters to properly calibrate the simulation model dynamics. To do that, you can manually update these parameters (for those exposed by the FMU) from Simcenter Testlab Neo. So, if you run your process multiple times with different parameter sets you will be doing a simple parameter sensitivity study that will help you in validating your model against test data.

The resulting FMU output data of the model or any explicitly exposed internal variables can directly be compared to the measured test data. You can do this for the raw time data, but you could also continue from here and calculate advanced metrics in an identical way on both the test and simulation data (see Figure 8). This can range from a simple statistical value to the order cut of a spectrum map tracked on a virtual tacho channel from the model. See the rest of the available methods in Figure 7.

Remember: validated simulation models are the key to bring products faster to market. Simcenter Testlab Neo helps you to be productive during the validation of your models.

Going further: the features presented in this blogpost belong to the broader Model-based System Testing (MBST) framework of solutions belonging to the Simcenter portfolio, which aims at closely combining test and simulation for Model-based Development.

To learn more about MBST and simulation model validation, visit our website.