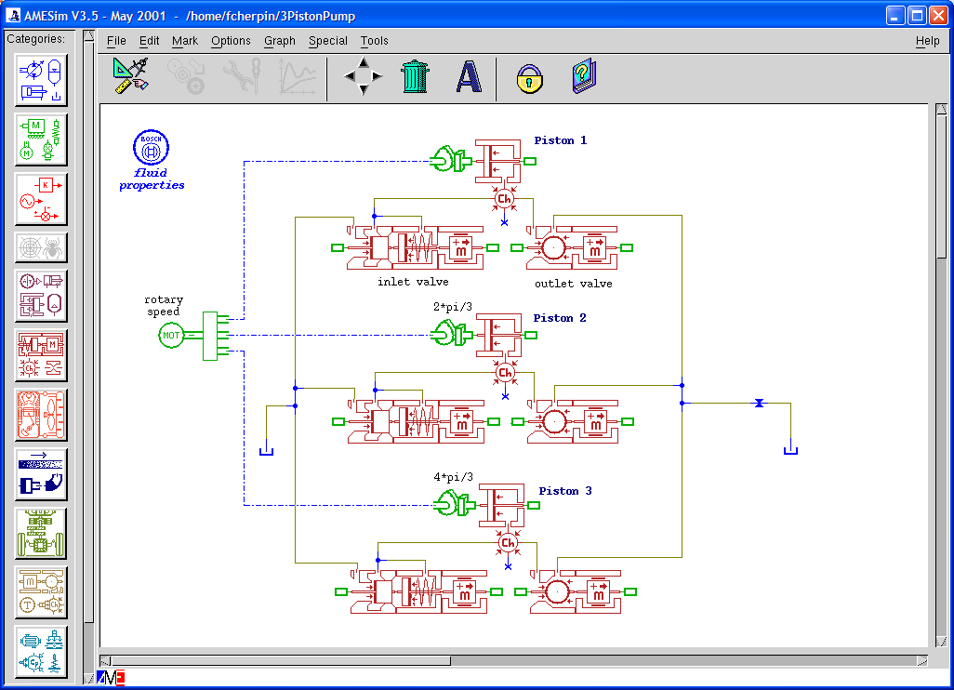 Back to the origin

Michel Lebrun was a university teacher when he founded the company Imagine S.A. in 1986. Meanwhile, he was giving courses about the bond graph theory during summer university, gathering a wide community of experts to exchange about that engineering approach.

To put it simply, the bond graph is an explicit graphical representation showing dynamic variables, that reflect energy transfers between systems. It’s a powerful modeling tool for engineers and is a structured approach to modeling and multidisciplinary systems simulation.

This practical approach enables to model and understand the energy transfer between the inner components of the system, as well as the energy storage, dissipation and modulation leading to the dynamics of the system, whatever the underlying physics.

This partnership led to the first commercial release of AMESim in 1995. This first version was dedicated to fluid control systems and hydraulic topics, with a first and unique HCD (Hydraulic component design) library called AMEBel (basic element library).

Indeed, the first application of this AMEBel library was for Sandvik company (formerly Tamrock), for the design of hydraulic hammers. Customers such as Bosch or Peugeot-Citroën followed, some of whom still use Simcenter Amesim today.

The graphical interface and the modularity provided by the software brought significant improvement to the hydraulic system modeling time, switching from 1 week to 10 minutes!

From pink to grey

Some of our engineers, who were there from the beginning, have seen many changes over the years!

The evolution is not only in the functionalities, with the first Windows version, the drag and drop use, the library tree, the contextual window, the Undo/Redo function, etc. But also, behind the scene, with the separation between GUI pieces of code and algorithmic ones, the splitting of code into smaller and better-defined modules, and so on until today.

Watch the evolution of Simcenter Amesim since the beginning:

Since the first lines of code until today, the Simcenter Amesim community has been growing constantly, and offices were opened all around the world. Today, it’s 7 industries addressed, 49 libraries and more than 6,500 multi-physics models offered to our customers, as well as a Saas offering.

And in few weeks, you’ll discover what we have prepared for the 2020.1 release of Simcenter Amesim. Stay tuned!

One thought about “Simcenter Amesim: celebrating 25 years of innovation”

This article first appeared on the Siemens Digital Industries Software blog at https://blogs.sw.siemens.com/simcenter/simcenter-amesim-celebrating-25-years-of-innovation/