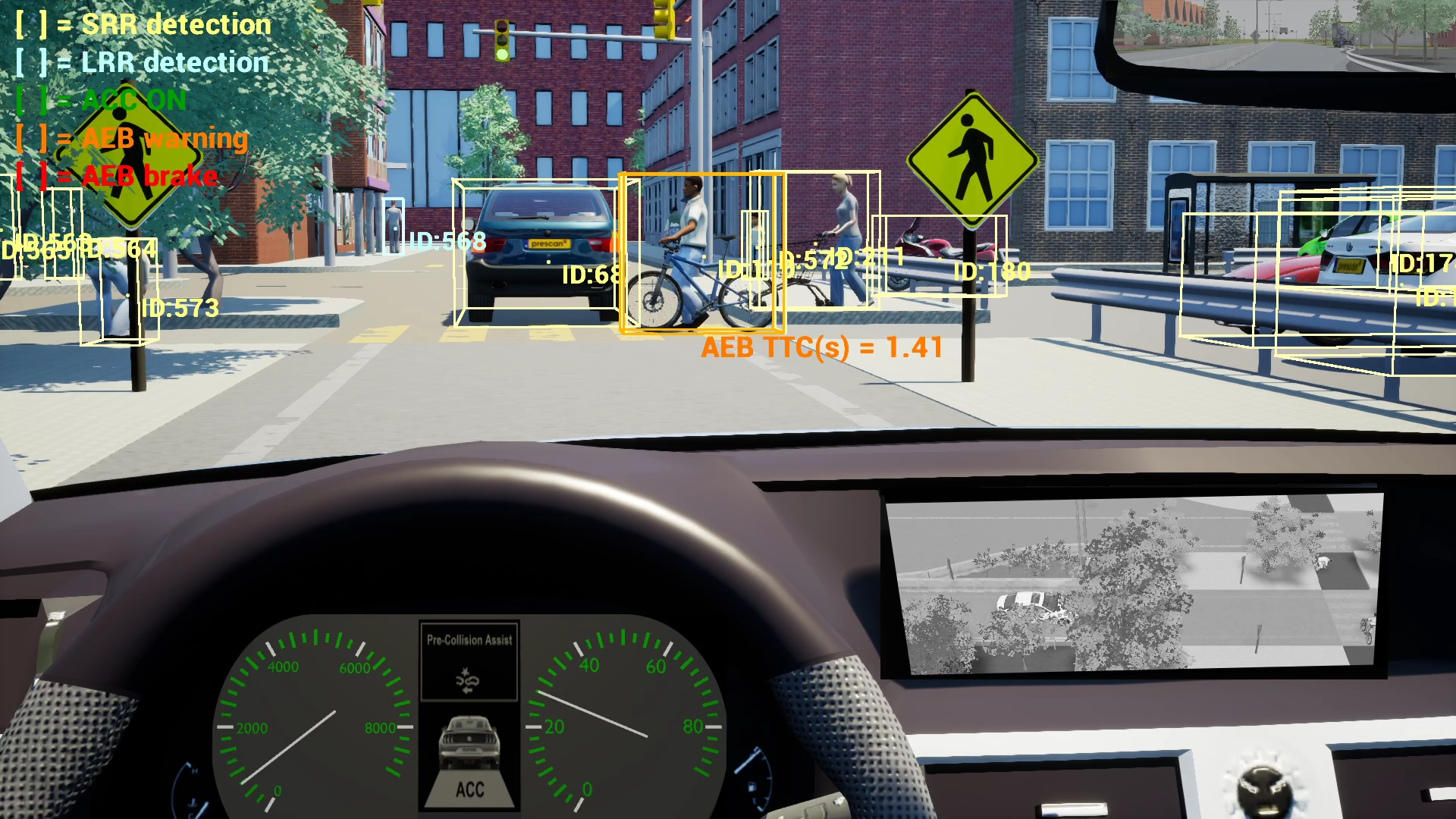 Simcenter Prescan, the best physics-based simulation platform for testing and development of automated vehicles, announces the release of version 2020.2. This release introduces the hardware-in-the-loop simulations with National Instruments Hardware. Including the annotation tool for the Simcenter Prescan viewers, the expansion of the OpenSCENARIO importer features as well as a Beta version of the OpenSCENARIO API.

With release 2020.2, Prescan introduces the capability to execute a full simulation from a National Instruments PXI Controller. This means that users now can now compile a Prescan experiment, and run it within National Instruments’ hardware in a hardware-in-the-loop solution. Simultaneously ensuring their simulation is executed in hard real-time. This solution enables Simcenter Prescan users to test their ECU’s with the best-in-class sensor data provided by Simcenter Prescan. The new National Instruments hardware-in-the-loop solution ensures the continuity of the simulation assets and experiments all through the lifecycle. From Software in the Loop, to Hardware in the Loop, enhancing the Time To Market of new ADAS and AV functionality. That counts for AEBS systems as well as functionality.

A new viewer is also introduced, allowing users to easily generate screen annotations. It also allows users to easily add text, lines, and other shapes to highlight important content in a demonstrator system. The annotations can be setup easily via the Prescan Data Model API. They can be updated in runtime to provide close loop feedback of important information. For example: speed and acceleration of a vehicle. The picture shown in this blog post showcases how the new annotation system is used to visualize the performance of multiple ADAS systems in simulation.

Prescan 2020.2 expands the OpenSCENARIO importer features, which now include support for relative conditions, like relative distance. Additionally, a Beta version of the OpenSCENARIO API has been released. This allows users to experiment with the modification of experiment created by importing OpenSCENARIO files. In subsequent releases, this API will be expanded to allow users to create event-based scenarios without need for importing any file.

The new Lane Marker sensor enabled users to verify and validate Lane Keeping Assistant and Path tracking and Following applications in seamless way. This is a result of enhanced execution performance, the data processing and the expandability of this new Ground Truth sensor.

Traffic light synchronization between Prescan and Aimsun Next

With this new release it is possible to synchronize traffic lights from Aimsun Next to Prescan. The traffic lights which are designated to be used in this way, will be controlled by Aimsun Next, while at the same time being visualized in Prescan. The demo of the Aimsun plugin, included in the Prescan installation, shows an example of the use of this new feature.

Introduction of a wide range of GPS projections, including UTM

In Prescan 2020.2 a wide range of GPS projections can be used, including UTM. This allows for more extensive world modeling and a more precise import of GPS signals and OpenDRIVE maps. It also extends the options for connecting to third party tools. The new GPS system is based on Proj4, and the projections are defined by specific projection strings.

Interested in the new Simcenter Prescan 2020.2 release, including the hardware- in-the-loop simulations with National Instruments hardware? You can contact us here.

4 Myths about AI in CFD April 6, 2021 As Artificial Intelligence (AI) has become more ubiquitous in our everyday lives, so too has confusion about what it is…
Simcenter™ FLOEFD™ 2021.1: What’s New? April 29, 2021 What's New in the latest Simcenter FLOEFD 2021.1 version? Electromagnetics, structural simulation and much more. Find out for yourself.
Lifecycle Insights - Guided simulation workflows: A… March 28, 2022 Engineers are increasingly adopting simulation early in the design process. And it’s easy to see why this shift-left strategy is…
This article first appeared on the Siemens Digital Industries Software blog at https://blogs.sw.siemens.com/simcenter/hardware-in-the-loop-solution-with-national-instruments-real-time-controllers/