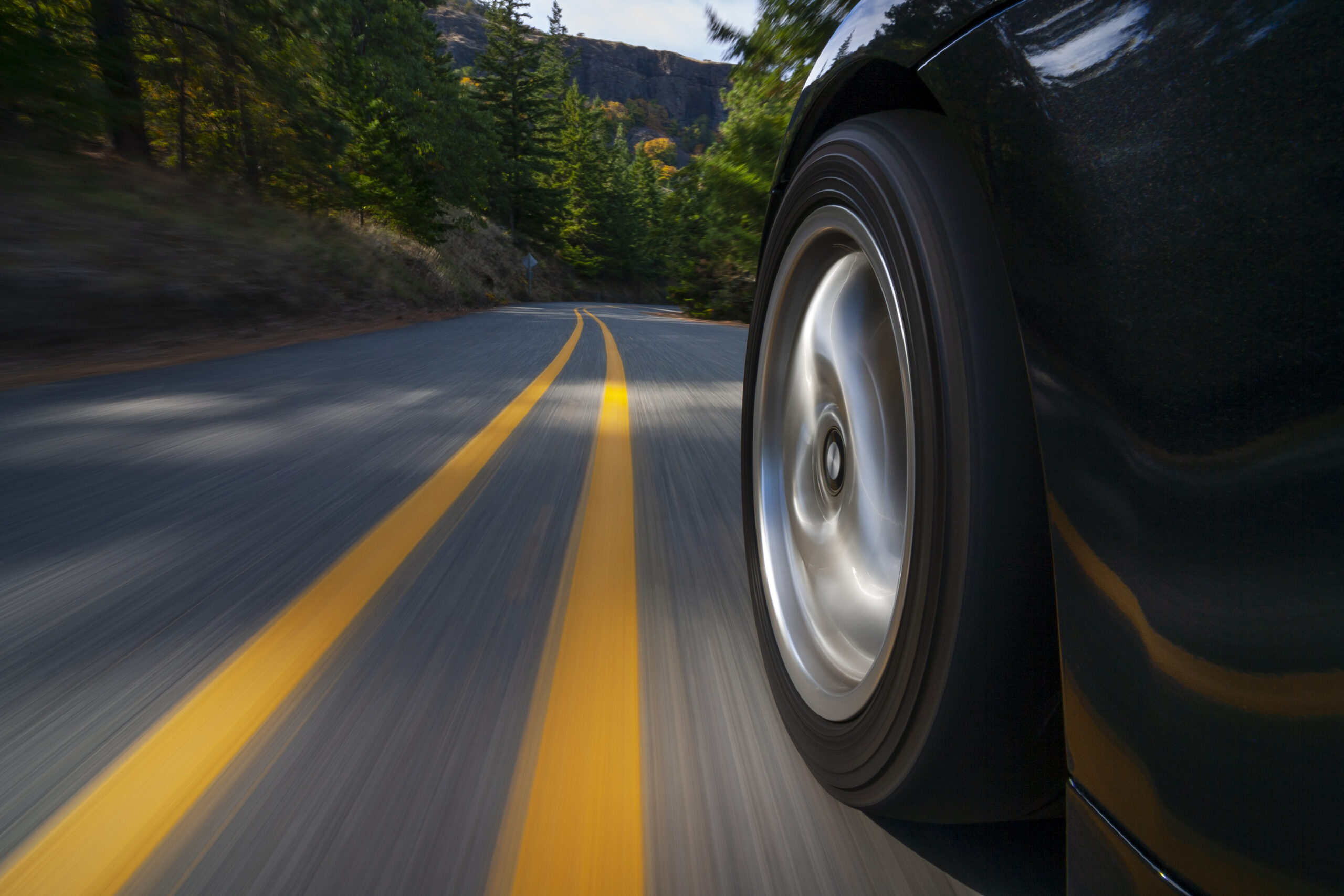 I was doing some research about the history of tires and I was astonished by the evolution tires have gone through from the past century till now. The electrification of vehicles is changing the landscape. It evolves from a basic functional component towards an important subsystem of a vehicle. Actually, a very important one as it plays a crucial role in the overall driving performance.

Tires are today a component with a lot of built-in technology. It’s responsible for several performance aspects like fuel consumption and interior and exterior noise comfort. And it’s not over as, all innovations in the automotive market, will also bring new innovations to the tires.

One important aspect is for sure the electrifications of vehicles. With cars becoming fully electric, a lot of new challenges came to tire development. How are they adapting to cope with these new vehicle’s requirements?

The market has already several electric vehicles and they have some points in common: they are heavier than conventional ICE vehicles, offer higher torque, and have very different noise signatures. All these aspects influence the tire selection for these vehicles and have a direct impact on tire performance. In a recent interview to Forbes, Alexis Garcin, chairman and president of Michelin North America, said:

“The combination of higher weight and higher torque puts more pressure on the tires, and that would wear out conventional tires much more quickly”

Tires selected for a specific vehicle, need to fulfill several different performance aspects like good NVH behavior, impact on energy consumption, security, etc. Improving one of these performances can (negatively) impact others; so the tire manufacturers need to find the best balance to increase their market share.

Tire NVH: Why is this (even) more important now?

Besides the above changes, another important change relates to tire-induced noise. Although electric vehicles seem to be more silent, the reality is that there are a lot of noise sources that require a lot more attention, due to the missing masking effect of the E-motor.

With airborne noise created at the contact surface between road and tire, tires contribute to a significant part of the overall vehicle exterior noise. With exterior noise regulation getting stricter and stricter, not surprisingly a lot more pressure exists on tire manufacturers for reducing this noise.

For interior noise, not only this airborne noise requires attention, but also the structural excitation from the tire to the vehicle, or structure-borne noise matters. It turns out that tire-related noise in all its aspects requires by far the highest attention for engineers developing an electric vehicle with sublime NVH comfort.

The need to tire noise reduction drives innovation. Tire manufactures are implementing new technologies for their tires to minimize this noise or its impact on the overall vehicle noise. One example is placing absorption foam on the interior of the tire to absorb the cavity noise.

We have many tire manufacturers working with our own testing solutions, to handle many NVH aspects of the tires. From pass-by noise to tire integration testing, testing is an important activity to overcome all these new challenges of tire NVH development. Today, I want to talk a bit more about one specific challenge of tire noise engineering: how to cope with the NVH challenges after integrating the tires in their vehicles.

Tires and their vehicle … part of one total system

We agree that manufacturers need to reduce tire noise. One of the main challenges I see, however, is that it is the combination of tire and its respective vehicle that matters for interior noise. In other words, you can develop the quietest tires, if the vehicle has a less performant suspension system, road noise can still be significant, and vice-versa. It is even more complicated: the interaction between the tire and the vehicle that can play a role in road noise.  So, both the A-OEM and the tire supplier, have to work together to reduce road noise. How do you make that work in practice, without finger-pointing? How can you separate responsibilities? Is it possible to predict the interior road noise without needing to test the tires on the actual prototype vehicle?

The answer is yes, you can do all of that. And the technology required for this is component-based transfer path analysis.

For tires, it’s important to characterize them by measuring or simulating loads that are invariant or the so-called blocked forces. These forces are independent of the vehicle. And this is exactly what Component-based TPA is all about.

The process in a nutshell is simple. The invariant blocked forces are identified on the rotating tires, typically at different speeds and excitation conditions. When using test methods, this can be done either with the tire on a test bench, with the tire mounted on a test vehicle, or even on a specific trailer that is driven on road. Additionally, structural properties or inertance matrix on the tire center of the tire are measured. The latter is basically a set of transfer functions. These two sets of data measured from the tire are sufficient to predict the interface forces acting on any future vehicle.

The practice of all of this is not so straightforward. How to quantify blocked forces correctly? How to do this for a higher frequency range than before, as required for electric vehicles? While in the past those were sometimes directly measured on very rigid test benches, this becomes very hard to impossible going to 600 Hz and beyond. So, methods that indirectly allow deriving blocked forces from e.g., vibrations are required. One additional challenge however that we identified is that the structural properties of a rotating tire itself change. This requires to be considered when estimating the blocked forces.

We recently did joint work with a tire manufacturer, to provide answers to all the above.

The invariant blocked forces were identified both on a test rig as well as on a vehicle. We did it using in-situ TPA as shown below. Forces are estimated from accelerations, combined with transfer function measured of tire coupled to the rig or the vehicle.

Usually, those coupled transfer functions are measured while the tire is in static condition. We however noticed a difference in identified blocked forces between the rig and the vehicle, which should not be the case, as it should be invariant. We discovered that the reason for that is that it’s incorrect to assume that those transfer functions do not change when the tire is rotating.

A new methodology was implemented to measure part of those transfer functions on the rotating tire. When using these to estimate the blocked force, invariance between rig and vehicle was accomplished.

Of course, it does not stop with being able to identify the invariant blocked forces. This could be sufficient for a tire manufacturer to be able to supply those to the A-OEM. However, another common goal is to also be able to use those, to predict the interior noise in the vehicle.

As illustrated below, we could prove to reliably predict the road noise, using the estimated rig blocked forces, coupled with the different sets of transfer functions of tire and body. The match with the real measured interior noise and the prediction was very good.  Note, that there is still a point of research available, which is how to identify the inertance matrix (HA22) of the tire and somehow take into account the effect of the rotation.

From technology towards process implementation at the benefit of all

I hope to have given you a glimpse of how we can help to predict interior tire noise, using e.g., test bench tire data. It was probably also clear that there is a difference between theory and practice, and it takes some skills to set up and learn the process.

However, once that process is there, we see it really helps to smoothen cooperation between A-OEMs and tire manufacturers. It is also a fundamental step for A-OEMs to take to allow reducing vehicle prototype cycles or even dream of vehicle development without the need for any physical vehicle prototype testing.

Not surprisingly, this methodology is more and more implemented as a robust process. Siemens helps here with our new vehicle NVH prediction capabilities, using the Simcenter Testlab Virtual prototype assembly software. The ambition is clear: bring the expert knowledge to the broader group that can make a reliable virtual vehicle assembly allowing early NVH performance assessment!

From pressure to new opportunities

Electrification forces tire companies to improve their development process and look for new technologies to cope with the new performance targets. In a very competitive market, it’s important to be on the lead of product innovations.

NVH is an important performance attribute due to more silent vehicles. Being able to predict the NVH behavior of tires in different vehicle variants is a key to achieving the best quality tires in a controlled development time.

Siemens helps companies to implement such new technologies, like system NVH prediction, on their development cycle. From early-stage system simulations, through CAE simulation and testing, Siemens is ready to support customers with the new electrification challenges.

The practical example used in this blog is the result of a joint research with Goodyear. You can find the full journal publication in the link below:

If you are interested in more detailed information about component-based TPA, you can watch the on-demand webinar below:

And in the AZL case study:

The 4 trends you should not miss in NVH engineering December 2, 2020 What is the role of noise, vibration, and harshness (NVH) engineering in the vehicle development cycle today? How does the…
4 Myths about AI in CFD April 6, 2021 As Artificial Intelligence (AI) has become more ubiquitous in our everyday lives, so too has confusion about what it is…
Electric vehicle tire NVH: Solving the supplier-OEM puzzle June 7, 2021 Learn how to overcome tire NVH challenges by utilizing a novel conceptual tire model that is easily interchangeable between auto…