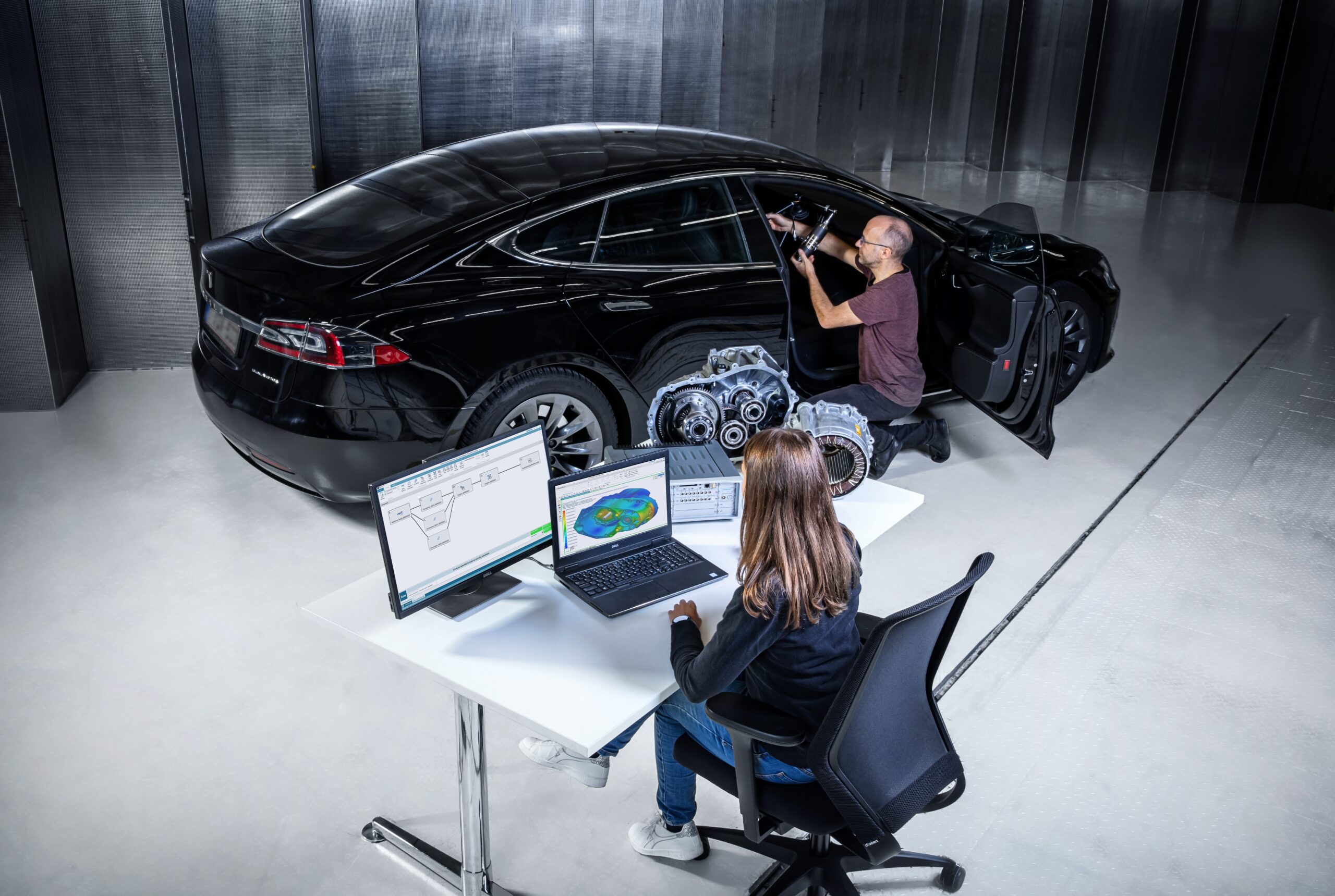 I’m an extremely curious person. When I start something, I’m already picturing the result: how it will look, feel like, how it will sound…?

We always aim for the best possible result, but in a complex scenario, where many parts must come together, it is hard to predict the outcome when all the building blocks are at their place. This complexity makes it hard to formulate realistic design targets for the subsystems early in the development cycle.

It’s similar for every new product. Just take the example of a vehicle: probably you know how an engine, a tire, a suspension, etc., is performing as a component, but when you integrate everything into the vehicle, can you still perceive it as good?

Should you wait to fully integrate all components to have a perception of a good or bad vehicle?

Sometimes it’s not even possible: too many variants on the market, the increasing importance of controls, the advent of electrification and the modular platforms make it impossible to run all the necessary NVH tests within a reasonable timeframe and budget. Also, can OEMs still use the data at full vehicle level to cascade down to target setting at subsystem level and doing benchmarking with predecessor or even competitor vehicles?

How can we overcome these challenges? System NVH performance prediction is the answer!

Need to know the impact of modifying the structural properties of the vehicle body or engine mounts on comfort, noise, and vibration? Want to evaluate the difference in NVH performance for different vehicle variants as early as possible? Or understand the influence of control changes on vehicle NVH performance? You can answer all these questions and more using the NVH prediction capabilities of Simcenter Testlab Virtual Prototype Assembly (VPA).

Virtual Prototype Assembly makes NVH prediction accessible to all and in every stage of the development cycle: it allows engineers to create or assemble vehicles in a virtual environment from separate modular component models coming from test and/or simulation and assess the interior and exterior NVH performance of all those components working together.

How to create the components?

First step to have a reliable NVH performance prediction is to have accurate and validated structural and source component models. Engineers can create the components upfront using component-based TPA technology or from 1D and 3D simulation: test and simulation experts (at the OEM or at the supplier’s side) can accurately create interchangeable and reliable component models and then publish them for analysts to set them in a modular way for further evaluations. This technology not only accepts the application data in many 1D, 3D and test data formats, but also the operational data can be of a wide variety of formats (spectra, octave, auto power, waterfall, …).

Experts can save the components with their metadata in a standardized format using Simcenter Testlab VPA Definition: this allows to create standardized libraries of components ready to use in the new assembly.

Simulation engineers and test engineers might have their own naming convention, making life a bit harder for the person that needs to use the data…but don’t worry!

VPA definition can take this into account thanks to the usage of templates: you can drastically reduce the errors of wrong connections!

Once you create the components, in few clicks, you can create and use the assembly to accurately predict a variety of NVH performance aspects such as booming noise, road noise, or pass-by noise and assess NVH specifics during hybrid or electric driving conditions. During this step, the required substructuring calculations are solved by the application and they are combined with the source models to predict the outcome in a fast and accurate way.

The calculation can be done with only a source and a receiver up to a more complex scenario with all sources, subsystems and the receiver body: scalability is a key factor here!

Predict the interior and exterior NVH performance of your vehicle and not only!

Benefit from the TPA technology without being a TPA expert: identify and investigate the most critical contribution paths to the vibration and acoustic targets and update the subsystem design targets accordingly.

…what about variant analysis and what if scenario?

The user-friendly interface makes the virtual vehicle accessible to everyone, helping also non TPA experts to make the right design decision as early as possible.

Engineers can easily swap in assembly or design alternatives and immediately see the NVH impact before having the vehicle physically available: how does a new set of tires impact the vehicle performance? Or what is the impact of a different powertrain?  Is your interest controls optimization and are you wondering if the new settings will influence the vehicle NVH performance? You can directly apply on the virtual assembly the new driving profiles created while tuning the control parameters to provide insight into their NVH performance.

How to make the complete process even more efficient?

Most of the companies have offices around the globe: a huge benefit is to make the component data available to anyone within the company.

This is possible thanks to Simcenter Testlab Data Management: by centrally storing and managing those components, users can easily search for the component model database. They can also share these modular components between suppliers and integrators, resulting in better communication and realistic target setting.

Read our blog post: Why test data management is essential for team collaboration

Collaborate with your team members and accurately and easily predict the final product NVH performance at any stage of the development cycle.

Watch the on-demand webinar to learn what is system NVH prediction all about.

Why a vehicle sound simulator can help you define what… June 15, 2021 From VROOM … to Uh … Like anyone, I regularly get the question in private life: "What do you do…
Deploying Active Sound Design for mass production June 10, 2022 Keeping the end in mind, the goal of Active Sound Design is deploying it in mass production vehicles on embedded…
Vehicle NVH integration: how to combine test and simulation April 21, 2022 Learn how to leverage Vehicle NVH Prediction to support electric drive integration using an hybrid approach involving test and simulation…