What does the word performance mean to you?

Speed? Well, obviously speed is an important characteristic. Yet, if the team is running in the wrong direction, it really doesn’t matter how fast they are going.

How about accomplishment? After all, we do assess an employee’s or project team’s accomplishments using a process we refer to as a performance review.

What about efficiency, which is a ratio comparing the amount of work accomplished to the effort or cost put into the process? Certainly, from a project perspective, effort and cost should be an important consideration.

Finally, perhaps quality of results is a characteristic we should consider. After all, poor results are of little use.

From a verification perspective, I think it is necessary to focus on the real problem, that is, the project’s verification objectives:

Now, whenever I hear the phrase “get more work done,” I’m often reminded of Henry Ford, who was the founder of the Ford Motor Company. Henry is probably best know as the father of modern assembly lines used in mass production, and he revolutionized transportation specifically, and American industry in general. Henry once said, “If I had asked people what they wanted, they would have said faster horses.” This quote provides a classic example of the importance of focusing on the real problem, and thinking outside the box. 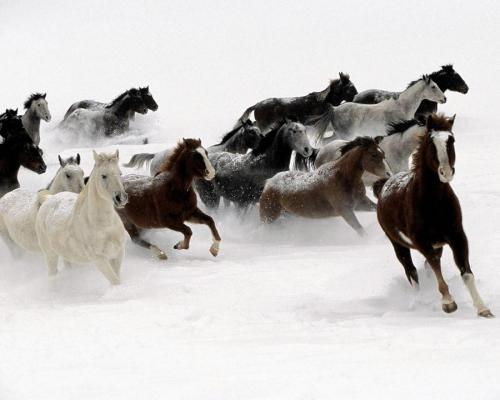 In fact, Henry Ford’s faster horses example is often used in advanced courses on product marketing and requirements gathering. The typical example of focusing on the real problem generally involves a dialogue between Henry and a farmer, as follows:

Henry:   So, why do you want faster horses?

Farmer:   I need to get to the store in less time.

Henry:    And why do you need to get to the store in less time?

Farmer:   Because I need to get more work done on the farm.

As you can see, the farmer really didn’t need faster horses-he needed a solution that would allow him to get more work done on the farm. Faster horses are certainly one solution, but thinking outside the box, there are other more efficient solutions that would yield higher quality results.

Now, before I move on to discuss ways to improve verification performance, I would like to give one more example of thinking outside the box to improve performance. And for this example, I’ve chosen the famous Intel 8088 microprocessor. I was just an engineering student when the 8088 was released in 1979, and like so many geeks of my generation, I couldn’t wait to get my hands on one.

The 8088 had a maximum clock speed of approximately 5Mhz. It took multiple clock cycles to complete an instruction (on average about 15). Furthermore, a 16-bit multiplication required about 80 clock cycles. So the question is, how could we improve the 8088 performance to get more work done?

Well, one approach would be to speed up the clock.  However, this would only provide incremental improvements compared to what could be achieved by thinking outside the box and architecting a more clever solution that took advantage of Moore’s Law.  In fact, over time, that is exactly what happened.

The point is that we have moved to solutions that get more work done by “increasing the amount of work per cycle,” instead of just a brute force approach to the problem.

In my next blog, I’ll discuss why performance even matters, followed by thoughts on improving verification performance.

Part 8: The 2020 Wilson Research Group Functional… January 6, 2021 IC/ASIC Resource Trends This blog is a continuation of a series of blogs related to the 2020 Wilson Research Group…
Leave the House With a Clean Design September 14, 2021 Wouldn't it be great if there were something that would stop you from leaving the house wearing mismatched clothes -…
Simulation Performance Profiling Like a Pro August 9, 2021 New product development is the fun part of working with Siemens. And over the past 9 months I’ve been lucky…

This article first appeared on the Siemens Digital Industries Software blog at https://blogs.sw.siemens.com/verificationhorizons/2010/07/25/redefining-verification-performance-part-1/