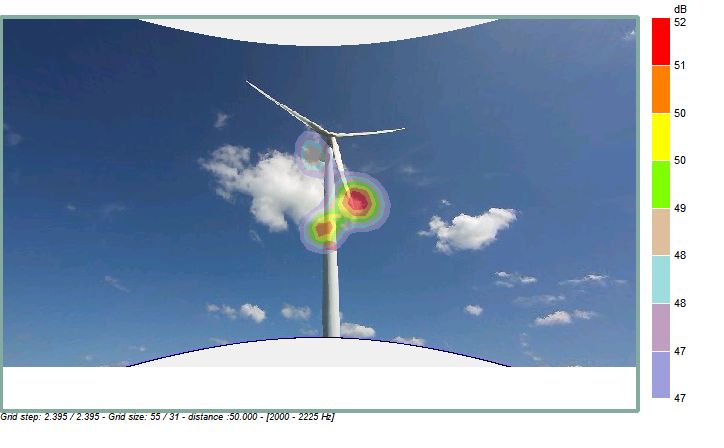 Although everybody is in favor of clean and green energy, when new wind turbine parks are built, nobody wants them in their backyard.

Next to visual pollution of the landscape, increased casualties among birds and bats, and so-called shadow flicker effects, people often complain about wind turbine noise. Numerous complaints have been raised by residents living close to wind farms, ranging from simple annoyance to sleeping disturbance even leading to health problems. And this while their own neighbor even finds the “swoosh” sounds pleasant and restful, a bit like the sound of waves at the seaside.

Wind turbine noise: at least a very controversial topic, showing that every human being is different.

What are the facts?

First of all, a wind turbine does not make a lot of noise at all: at 300 meters distance, it is not louder than your average PC or refrigerator at home.

Also legislation steps in to make sure noise limits are not exceeded: every type of wind turbine needs to undergo a noise certification test according to the IEC61400-11 (read the following article) resulting in a sound power curve for the different operational wind speeds.

Once the wind farm is operational, there are environmental regulations that monitor the wind turbine noise levels around it and make sure they are not higher than the legally allowed limits. This often means that – e.g. during the night – wind farms need to run sub-optimal in order not to exceed the background noise levels too much.

So what could still be the problem? Are all those complaints fake news?

Well, not exactly: not only the (averaged) sound pressure level is important, but one should also look at transient noises and at the specific frequency content of the noise generated.

The transient “swoosh” sound whenever a blade passes can indeed be annoying to some people, especially during the night when all other environmental noise is less present.

Specific frequencies like tonal noises can be – although not very loud – still very annoying. The latest edition 3 of the above IEC61400-11 standard explicitly takes into consideration the analysis of those tonalities. Again, during night time you might start focusing on those tones and it can indeed ruin your sleep.

Understanding which parts of the wind turbine generate the transient noises, as well as possible specific frequencies, is a crucial step in addressing – or even better: avoiding – noise complaints.

The Simcenter Sound Camera is the ideal tool for this as it is quick and easy to setup and delivers real-time visualization of the main sound sources and their frequencies.

We simply put the Sound Camera in the back of the car and drove to the wind farm of Sovet in Belgium.

Although this measurement was done from an upwind position, the results are clearly indicating the main sound sources:

For a more detailed analysis, often bigger customized ground arrays are used or tests are done on scale models in aero-acoustic wind tunnels, but thanks to the Simcenter Sound Camera the initial analysis and interpretation of the results is done in a much more efficient and effective way:

For more info on the Simcenter Sound Camera, please visit our webpage.

So remember … don’t be afraid of the big bad turbine.

4 Myths about AI in CFD April 6, 2021 As Artificial Intelligence (AI) has become more ubiquitous in our everyday lives, so too has confusion about what it is…
Surfboard CFD - Riding the Digital Wave July 29, 2022 The flip-flop engineering symposium Monday, December 9, 2019, 7 pm. Sunset Beach Elementary School Cafeteria, Oahu's North Shore, Hawaii. Two…
Keeping the lights on in a Climate Emergency December 1, 2021 In the midst of climate emergency 63% of our electricity still comes from burning carbon dioxide belching fossil fuels, that…

One thought about “Not in my backyard! How annoying is wind turbine noise?”

This article first appeared on the Siemens Digital Industries Software blog at https://blogs.sw.siemens.com/simcenter/not-in-my-backyard-how-annoying-is-wind-turbine-noise/