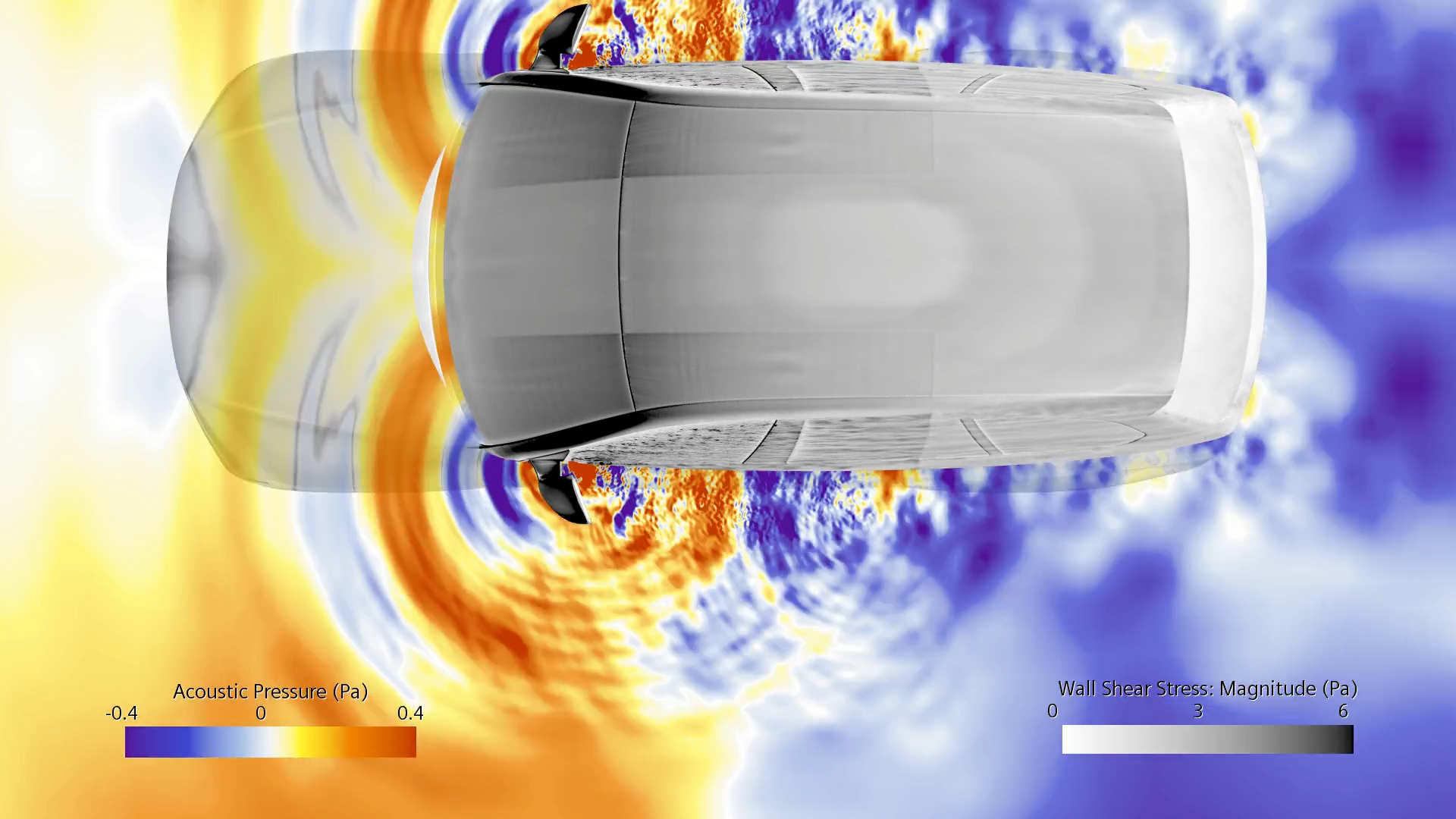 Did you know that only about 25% of consumers consider how noisy a product is as a buying decision? But “many of them come to regret this, and half of such disgruntled shoppers say they would pay as much as 50% extra for a product that makes half as much noise”?

Did you also know that side mirrors are one of the major noise sources of a car? Especially in electric vehicles?

Well, easy I hear you say, why not get rid of those.

Getting rid of the side-view mirrors is an aggressive but effective solution to the problem of decreasing its induced aeroacoustics sound, especially more prominent in our vehicle fleet becoming quieter through electrification…

Admittedly, I can see us already there… It just takes a side glance at the latest innovations in vehicle design to see a tad of the future on our streets. Some of those designs have something in common… they have no side-view mirrors altogether. Have you ever considered how futuristic such vehicles look just without? In some countries, vehicle legislation is being reviewed to authorize the use of cameras instead of conventional side mirrors.

While we all start dreaming now, the reality is this: if you like it or not, despite these first legislative considerations, if you are a car owner or engineer (or both) you will need to cope with side mirrors and related aeroacoustics for some time to come!

And so, it pays to consider aeroacoustics effects in product design for years to come and millions of cars to be sold – and computational aeroacoustics simulations are critical to avoid costly prototypes during the product’s design phase.

Simcenter STAR-CCM+ 2022.1 affirms itself as a partner for design teams in this journey through the release of a new hybrid aeroacoustics offering:

The Perturbed Convective Wave model is inherently faster by design. Hybrid methods solve an additional equation for the sound source based on a source term from the flow. They are much less computationally intense for incompressible simulations than Direct Noise Calculations which solve for the full compressible, unsteady flow field, where the sound field is part of the flow solution.

In addition to being faster simply by being a hybrid approach, this model brings significant performance improvements, compared to the existing Acoustic Wave model for simulations.
In this model, the sound source is relatively close to the receivers, such as for side-view mirrors where the shear layer and turbulent fluctuations caused by the side mirrors are relatively very close to the side-glass and consequently driver and passenger’s ears.

The performance improvements of those applications are very noticeable due to the longer computational times required for these simulations. We went on to put to the test the AeroSUV model, developed by FKFS (Forschungsinstitut für Kraftfahrwesen und Fahrzeugmotoren Stuttgart).

The AeroSUV simulation was virtually instrumented with:

Compared to the existing best practice using the Acoustic Wave solver, good results predictions were attained on both the averaged surface sensors and volume microphones for much coarser meshes, up in high frequencies, resulting in an average speedup of 3x.

We are excited to introduce to you the Perturbed Convective Wave model because of another fundamental benefit.

Compared to the prior best practice of the Acoustic Wave solver, you will experience a significantly reduced sensitivity to small weaknesses of the mesh and the numerical setup. Often it is not even necessary to damp noise sources if the mesh is coarse. The setup is much simpler hence much faster. It requires much less care about the smallest details, resulting in a much easier preparation of the computational aeroacoustics model.

The notion of simulation templates has always been part of the core DNA of Simcenter STAR-CCM+ since its inception. If you’re following this blog closely, you will have noticed that we recently released the ability to create and deploy custom simulation templates more systematically in your organization.

Design the next generation of low noise driving experience

Is your head spinning yet about the computational aeroacoustics possibilities this model offers?

I can understand… However just a side note: while this story focuses on side-view mirrors as an application, this model is also the first of our hybrid aeroacoustics model offerings that allow simulation of rotation.

Here for a teaser…

In some countries, vehicle legislation is being reviewed to authorize the use of cameras instead of conventional side mirrors. Never mind if this noisy nuisance is now abruptly removed, or significantly smaller, as engineers it won’t be long before we find and optimize the next noisy contributor!

If you feel you’ve heard a similar story from us not too long ago, in Simcenter STAR-CCM+ 2021.3 release we introduced the Lighthill Wave model in Aeroacoustics CFD – crafting the sound of silence for HVAC systems.

Simulation Templates, your magic typewriter for CFD… January 26, 2022 Fully integrated into Simcenter STAR-CCM+ 2022.1, simulation templates establish immediate productivity and ensure robust workflows
E-machine cooling simulation, the easy way February 1, 2022 Modeling the complexity of electric motor cooling from electromagnetics to conjugate heat transfer is an engineering challenge. Simcenter STAR-CCM+ 2022.1…
Fluid-Structure-Interaction FSI with mechanical contact? In… February 4, 2022 What do the safe operation of high-tech sensors and cameras of 21st-century automotive and the invention of the Dunlop bicycle…

This article first appeared on the Siemens Digital Industries Software blog at https://blogs.sw.siemens.com/simcenter/noise-cancelation-is-gone-too-far/