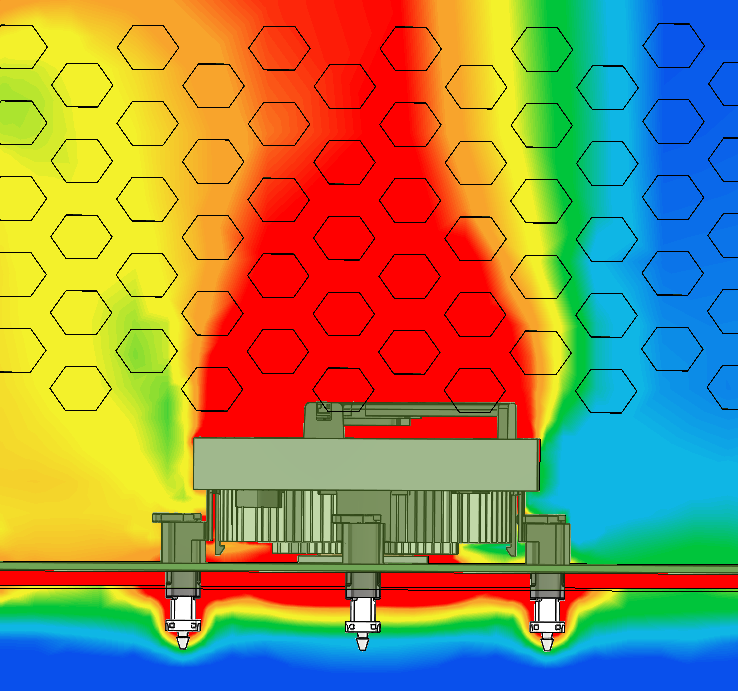 Well, it depends on how you are using the PC. I’m Baptista De Noronha, and this is my new PC.

After purchasing a high performance gaming PC, all I wanted to do was run every game on maximum settings! But would I get the blue screen of death?

Working as an intern in the development team of Simcenter Flotherm family of software , I learned that the major cause of component failure in electronics was overheating. This occurs when the component starts to degrade and fails once the component exceeds its critical temperature, and with more powerful processors running faster than before, they tend to be hotter.

Keeping this in mind, I realised that the cooling method for the CPU was a critical aspect for insuring the optimal performance and longevity of the PC. Last thing I wanted was to break my brand new PC breaking after a few months!

Typically the CPU should stay under 75°C under heavy load, as maintaining anything above this for long periods of time will damage the CPU and shorten its lifespan over time. My PC runs a 6 core Intel i5 9400F processor which has a critical junction temperature of 100 degree C. If the CPU were to hit this or greater a temperature, the CPU performance would automatically throttle and the PC would shut down, to prevent further damage.

What would be the maximum CPU temperature my PC would hit at high performance?

In order to find out, I used a programme called Prime95 which is able to stress test the processors in PCs. Using the high performance mode, with all 6 cores at 100% load, coupled with CoreTemp, used to monitor the core temperatures, the maximum temperature on a 3 minute run was 81°C , with an average temperature of 64°C across the CPU. Too hot.

How can I reduce the maximum CPU temperature?

Simple. Get a better CPU cooler. But what would be most optimal for this particular PC, air cooling or water cooling?

To find out I will be working alongside a fellow intern, Peter Thackeray, to develop and design a PC model to reduce the critical temperature of electrical components. This will be created and validated using Simcenter Flotherm XT and EDA Bridge, which is an advanced CFD simulation software capable of working with complex geometry.

Currently we have created 2 very simple concept models to test the practicality of using the software.

This is a setup for a circular heatsink coupled with multiple fans for air cooling.

Here is another setup showcasing a water cooled PC configuration coupled with intake and exit fans inside the case.

Over the next few months we will be working on a more detailed model to closely replicate the results shown with the real PC, with the aim of giving us an insight as to the winner: air or water.

If you would like to know more about Simcenter Flotherm XT, and try it out for yourself, you can with a free cloud evaluation.

Later related blogs in this series:

This article first appeared on the Siemens Digital Industries Software blog at https://blogs.sw.siemens.com/simcenter/is-my-pc-too-hot/