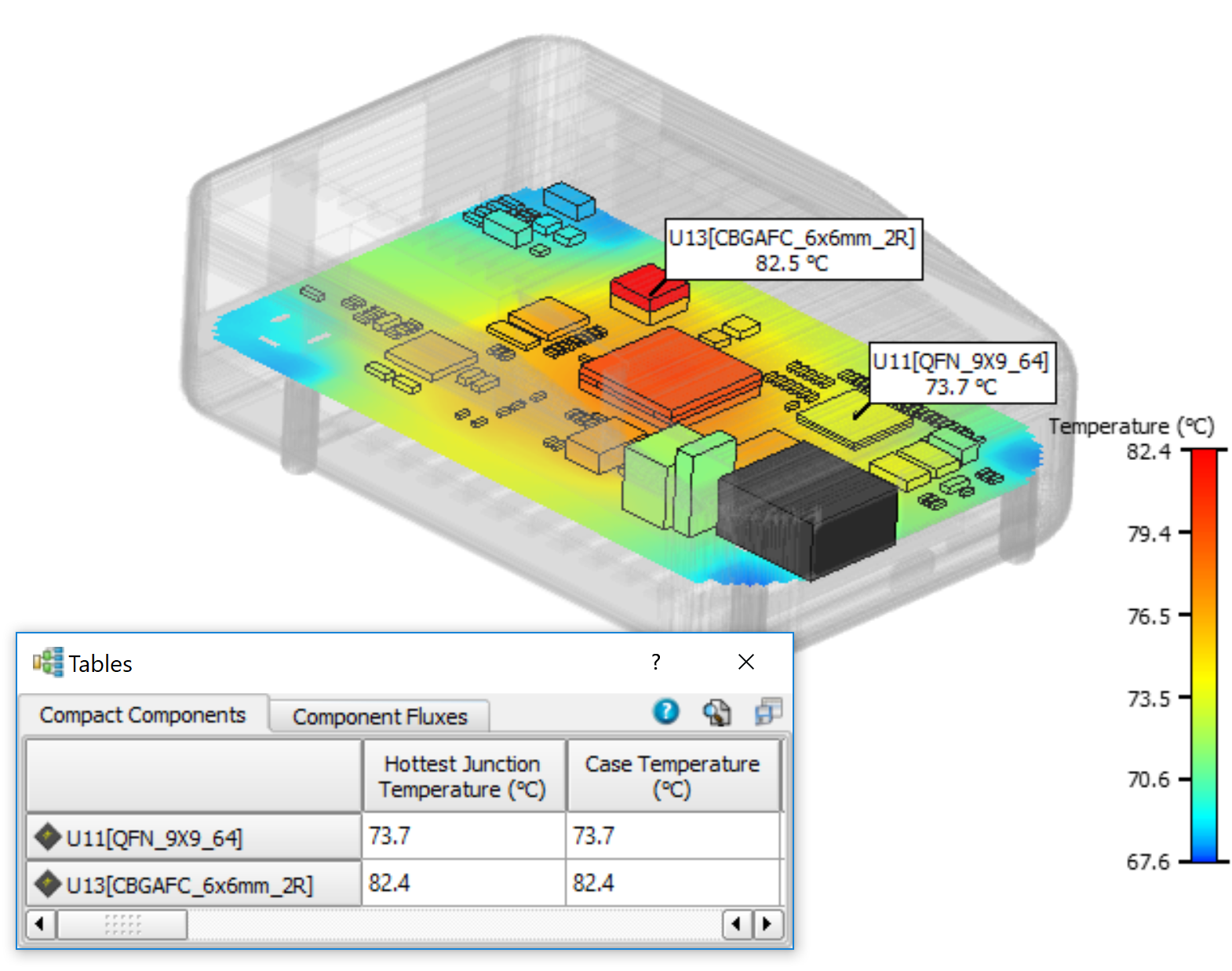 Not that it isn’t the most fully-featured electronics cooling CFD on the market, with a 30+ year pedigree of course. For me though, it is the great Simcenter Flotherm user experience that thermal designers really love.

I am just getting back into using Simcenter Flotherm after more than 10 years, and it is just like riding a bike! Since I last used it all the application windows have been rewritten from the ground up, but the software works in the same way it always did, so it was easy to pick up the basics again.

I got my first model, of a simple component on a board going in less than hour. That is incredibly slow, but I was exploring the menus and hovering over tool bar icons to see what their tooltips say.

It reminded me of a video my colleague John Wilson created a couple of years ago, showing the basic workflow through the software. A simple block is created for the printed circuit board, a simple block added to represent a component, and then a heatsink added to that. The component and heatsink assembly is then replicated, to give three instances on the board. Simcenter Flotherm meshes it on the fly – no effort and no waiting! The case is then solved, albeit on quite a course grid, in just a few seconds. Finally the surface temperature are plotted, making it easy to see which of the three components is hottest.

The so what is that the whole process took John about 2 minutes! That’s pretty hard to believe I know. I’ve seen people spend an hour just meshing something like that in other tools.

The way Flotherm’s Drawing Board works in combination with the parametric objects is known as synchronous technology in the CAD world. The power of that is that you can create, position and resize objects graphically, yet still be able to explore the design space parametrically, as the objects created are all parametrically defined. Very neat!

There have been a few more UX improvements since the video was created with Flotherm Version 12, so we’ve re-recorded it using Simcenter Flotherm 2019.2. Here’s the video. Frankly it has to be seen to be believed.

You can try Simcenter Flotherm for yourself with a free 30 day cloud evaluation.