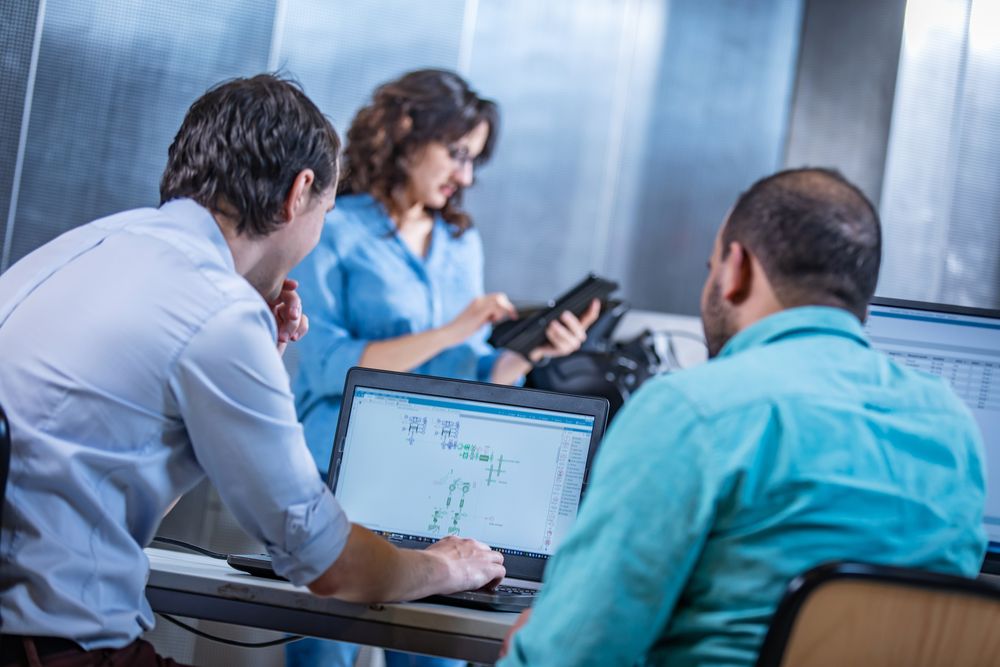 Automotive manufacturers are in a growing need to improve efficiency in their vehicle development process. This new challenge is a consequence of trends in the automotive industry, such as electrification, virtual sensors, new mobility needs, and other increased complexity.

But this doesn’t mean that the need for physical testing is decreasing. Simulation models and simulated data still need to be correlated with real-life measurements to achieve realistic results. This approach shift from test-centric development to model-based development (MBD) provides better engineering insight by tightly integrating and balancing test and simulation to increase productivity in vehicle development.

As explained above, the need for virtual validation is increasing. However, simulation engineers also need to validate their models by tuning model parameters and apply physical vehicle loads to their simulation model to increase realism. In the meantime, test engineers need to provide accurate measurements and be sure that they acquired physical data from all critical locations all around the vehicle.

It is also important to indicate that these two worlds are historically isolated from each other and exchanging data between them can be difficult. Important information might easily be lost when converting from one environment to the other.

For complicated models, such as a full powertrain or complete vehicle, it’s very hard and time consuming to check the vehicle loads cascaded to every single component, apply specific load analysis, check the results, and compare the results in the simulation software.

To tackle this challenge, Simcenter Testlab enables the unique opportunity to open and visualize Amesim models directly in the testing software. This feature is called Amesim sketch viewer.

The Amesim data can directly be processed by Simcenter Testlab, which is specialized in handling large data sets and conducting load data analysis, in the exact same way as physical test data.

With this approach, test engineers can gain better understanding about the whole structure by accessing to the model easily. In the meantime, simulation engineers can benefit from proven load data analysis techniques which they can apply to a specific component from their model.

Next to processing simulation data in our testing environment, we can also simulate the model while feeding it with measured input data thanks to the functional mock-up interface (FMI) standard.

From test engineer’s perspective, it’s not very easy to measure every single load from the vehicle. First of all, the limited resources constrain test engineers in the amount of sensors on a vehicle. And sometimes implementing a sensor might be hard due to the required effort to reach a specific location. There, we can use virtual sensor technology, where we can identify virtual sensors from a simulation model and obtain these quantities by applying real data as input. But we need to keep in mind that such simulation models should be accurate enough.

Let’s see how all these are possible with a real-life application.

Imagine the case where we would need to obtain shock absorber forces from the electric car to use it as direct input for the FE-based analysis or physical lab test for durability and fatigue assessment. Putting a force cell to the shock absorber would be challenging, since a large load cell would change the structure around the shock absorber and can f.e. easily change the geometry of the sub-system.

It’s for sure that there is a relationship between shock absorber displacement and applied force. Displacement can easily be measures, but how can we accurately identify applied forces from these values? For instance, if we are focusing on durability, accuracy of force amplitudes are important and any variation might affect durability assessments. We can easily over-test or under-test the test object if we make mistakes when we try to estimate these input forces.

Some time ago, we have executed a data acquisition campaign with one of our electric vehicles on the proving ground in Aldenhoven, near Aachen in Germany. The vehicle we tested was a full electric sports car called SimRod (learn more about SimRod here). We use SimRod to better understand our customers and their need by carrying out test and simulation campaigns using the Simcenter test and simulation solutions.

Aim of the study was to accurately extend the test measurement campaign with virtual sensors thanks to the MBST approach. In this context, subjected 1D simulation model (from Simcenter Amesim) is correlated (optimized) based on load data analysis which was conducted on measured data. After model correlation, new shock absorber virtual force sensors are created for both front right and rear right of the car. This enables simulation teams to execute FE-based analysis and test execution teams to perform component lab testing specifically on shock absorbers.

The functional mock-up unit (FMU) containing our Simcenter Amesim model is relying on a 4-degree-of-freedom system model which can be seen below.

1. Apply real loads to the simulation model in testing software

We have imported the Amesim model into Simcenter Testlab as an FMU and have fed the model with measured wheel forces obtained by the WFT (wheel force transducers) inordered to get simulated outputs.

The output channels include the all 4 measured quantities described above and now include the virtual shock absorber forces which we couldn’t measure physically.

Since we could measure the shock absorber displacements and get the same virtual output from the FMU containing the Amesim model, we’d use those 2 when we compare test and simulation.

If we check front suspension right side shock absorber displacement for both the measured and virtual channel, we would notice a very similar characteristic.

Is it sufficient to say we have similar fatigue potential? Well, not that easy…

After we execute the analysis process, we see that the front suspension has similar results while the rear suspension shows quite large differences, since our virtual run has 1.73 times more damage potential compared to measured run.

Previous results give us the idea that we should change the model parameters and increase the damping characteristic of the virtual model to reduce damage potential.

After some iterations, we have increased the rear spring damping rate to a more accurate level. This can be done directly from Simcenter Testlab since our FMU still allows access to the Amesim model parameters.

When the same analysis process is executed again on the measured and ‘optimized‘ virtual data, we see that pseudo damage values are almost the same (3.07e-42 vs 3.16e-42) for the rear suspension where the first virtual result was 1.73 times more damaging than the measured data (5.31e-42 vs 3.07e-42). It’s also worth to mention that we see very small damage values since this measurement was a short one obtained from the proving ground. In real life we see much higher damage values.

Here we have a single run with 10 channels that we can further use as an input for more durability evaluations.

With this nice application, we had the chance to go through:

So, Simcenter Testlab helps with more insight, better models and optimized testing when combining Test and Simulation in one platform thanks to the model based system testing (MBST) approach.

As we can clearly notice, all these methods are used in a single software, Simcenter Testlab. We also use the same software for data acquisition and data processing across different testing needs like durability, NVH, acoustics, vibration control, etc.

Questions or curious about further capabilities of Simcenter Testlab software? Let us know. Just drop an e-mail at safak.has@siemens.com.

The 4 trends you should not miss in NVH engineering December 2, 2020 What is the role of noise, vibration, and harshness (NVH) engineering in the vehicle development cycle today? How does the…
4 Myths about AI in CFD April 6, 2021 As Artificial Intelligence (AI) has become more ubiquitous in our everyday lives, so too has confusion about what it is…
Surfboard CFD - Riding the Digital Wave July 29, 2022 The flip-flop engineering symposium Monday, December 9, 2019, 7 pm. Sunset Beach Elementary School Cafeteria, Oahu's North Shore, Hawaii. Two…
This article first appeared on the Siemens Digital Industries Software blog at https://blogs.sw.siemens.com/simcenter/combine-test-and-simulation-and-create-accurate-virtual-sensors/