Electromigration can destroy an IC before its time. Are your designs safe?

Electromigration (EM) refers to the undesired migration of metal atoms along a metal interconnect. This migration occurs due to the “electron wind” (which is the momentum transfer created by electrons in the current) pushing the metal atoms that make up the interconnect. If enough of these atoms move, EM eventually causes voids and/or hillocks in the chip (Figure 1).

Figure 1. EM occurs when atoms are pushed from their position in the interconnect by the momentum of the current moving through that interconnect.

These hillocks and voids cause shorts or opens in the design, which lead to circuit malfunctions or total chip failure (Figure 2). 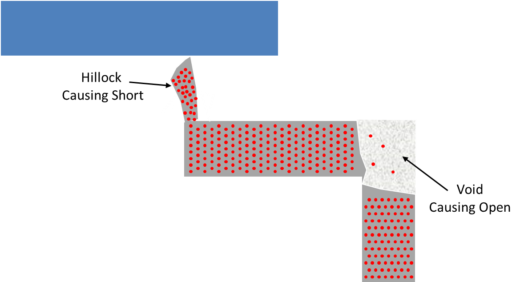 Figure 2. As EM causes metal atoms to migrate, hillocks can create shorts, and voids can lead to opens.

While EM damage is readily apparent in microscopic evaluations in the lab, it can be difficult to distinguish from other failures in everyday usage conditions, since initial symptoms are typically intermittent failures or seemingly random errors. Additionally, the EM effect happens slowly over time, although the acceptable mean time to failure (MTTF) depends heavily on the type of application. For example, cell phones are typically replaced every two years, so their MTTF can be relatively short, while space probes often have a projected product life of ten years or more, requiring an extended MTTF. The use model also affects MTTF—failure in a car radio is a consumer annoyance, while failure in an implanted pacemaker or other medical device can lead to death.

Determining the market’s tolerance for reliability failures is essential to determining how much EM protection to build into a given design. However, the protection process is identical for all levels of MTTF.

The projected MTTF due to EM is defined by Black’s equation:

Figure 3 illustrates these two techniques. The red square identifies a point where too much current is flowing though the via, raising the likelihood of EM failure. Adding a second via disperses the current between two vias, which reduces the current density at any one location, reducing the EM violation level. The designer could also widen the interconnect (wire spreading) leading to the via(s), giving the current more space to flow. This lowers the current density, again reducing EM. However, both of these techniques can cause design area to increase, so it is important for designers to understand and evaluate the trade-off between design area and long-term reliability.

Figure 3. Via doubling and wire spreading are the two main design solutions for reducing or eliminating EM effects.

Although IC design reliability has always been an important consideration, the challenge of implementing EM protection has been increasing over the last few years, due to design shrink and lithographic limitations. At 16 nm and below, it has become particularly difficult, because the wires are so much thinner, causing both current densities and the parasitic resistance of these wires to increase. At older nodes, the focus for EM was directed at the power grid, but for 16 nm and below, long and thin signal lines combined with increased switching speeds increases the need to perform both dynamic and static EM analysis on these lines. The increased heating in high-frequency signal lines (caused by the interaction of electrons with the lattice of the interconnect) can produce thermal energy that further causes EM failures, so foundries are now adding rules for delta temperatures (temperature increases due to current) at advanced nodes. The introduction of finFET transistors also contributes to an increase in the drive current, which makes meeting the MTTF requirements even more challenging. Finally, as copper replaces aluminum, new and different EM challenges are emerging at advanced nodes. Since it appears that copper will also be used at 7 nm, the benefits and challenges of copper must be taken into consideration for the foreseeable future. 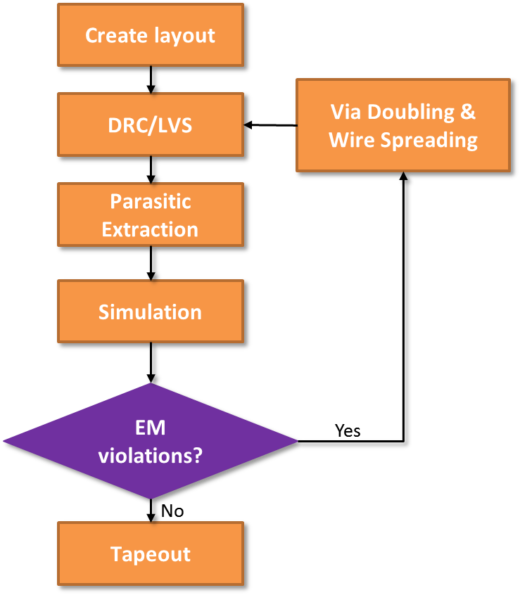 Two tips can help designers increase the accuracy of these calculations:

As shown in Figure 5, the designer draws a layout with the ideal width and thickness, but in reality, the width will vary due to optical proximity correction (OPC) effects, as modeled by the foundry, and the actual thickness will be different from the drawn thickness because of chemical-mechanical polishing (CMP) effects during manufacture. 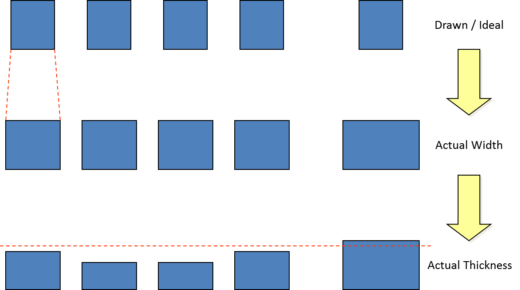 Figure 5. Actual width and thickness of interconnect varies due to OPC and CMP effects during manufacturing.

Outputting the actual width and thickness creates an output netlist with accurate width parameters. Foundries include in-die variation tables in their rule decks, so when designers run the parasitic extraction tool, the actual width and actual thickness can be automatically calculated. If the actual resistance is set before the parasitic extraction tool is run, then the output netlist contains a width ($w) that takes this in-die variation (like OPC bias) into account, as shown in this netlist from a Calibre xACT 3D run:

As shown by the equations in Figure 6, thickness and width feed into the resistance equation. To calculate an accurate resistance value to enable the simulator to calculate current accurately, it is essential to have correct width values. 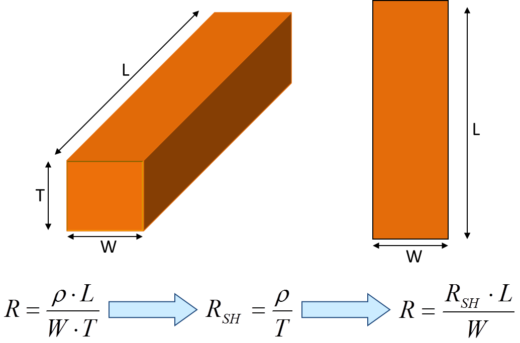 Figure 6. Width and thickness calculations can be automatically performed by parasitic extraction tools.

Reduction techniques in parasitic extraction tools are useful for decreasing simulation time. However, to run an accurate EM analysis, it is important to turn off all parasitic reduction, so the details of each interconnect segment are not lost.

In Figure 7, the interconnect was split into four segments. There is an EM violation in the narrowest segment, shown in red.  If reduction is run, this segment will be combined with the other three segments, and this EM violation will be lost in the merged data.

Also, make sure no other types of reduction are specified, such as threshold or frequency-based reduction. Such reduction techniques will hide some information about resistance parameters, like resistor width, resistor layer, etc.

Turning off all reduction creates an output netlist containing each unreduced segment with its relevant width and thickness information. This output netlist can then be accurately simulated using a simulation tool with EM analysis capability.

In addition to current density analysis for IC layouts, it is possible to have a design-context-aware interconnect reliability solution for full-chip EM analysis that considers current density, Blech Effect, and nodal hydrostatic stress analysis for failure prediction [1]. Advanced reliability solutions, such as the Calibre PERC reliability verification tool, can take the Blech Effect into consideration by measuring the longest path of the interconnect tree. If the longest path is less than the Blech length, then the current density constraint will be set to a very large value, in effect granting a waiver to that line [2].

EM is a significant factor in design reliability. It is important to measure EM effects in chip designs to be able to predict the MTTF, and reduce it as needed for the intended application. Parasitic extraction tools should be set up to take OPC and CMP effects into consideration, and to output accurate resistance values with accurate width parameters, to ensure accurate current density calculations.

Outta my way – electrons coming through! September 7, 2022 By Joel Mercier and Karen Chow Ever been in a hurry to get to a meeting, but there were a…
DAC in December?? A Review of Calibre Design Solutions at… March 3, 2022 Did it feel a bit weird to be submitting research papers for DAC 2022 while packing to go to DAC…
Ease on down the road…why “ease of use” is the next big… March 16, 2022 Ease of use is an important issue when enhancing product functionality and introducing new technology. Calibre Design Systems considers ease…

This article first appeared on the Siemens Digital Industries Software blog at https://blogs.sw.siemens.com/calibre/2016/08/22/electromigration-protection-requires-accurate-interconnect-modeling/