3D computational simulation is still a relatively young technology in the grand scheme of things, akin to the automotive industry of 100 years ago where drivers were more like engineers, they had to be to use the car. Coming up with a design solution is analogous to getting to your destination in a car, it’s also quicker than walking. That’s why I relish the opportunity to demonstrate the use of simulation to design something better. In this case I’m going to try to put all the things we’ve learnt over the last few blogs together and try to design a better flower pot heater!

With these tealights we have a certain number of Joules of energy to use to make us feel warmer. Those joules are wrapped up in the chemical energy of the wax. The design challenge is how can one get those Joules to where they are needed the most, i.e. our cold bits; face, neck and especially our noses. 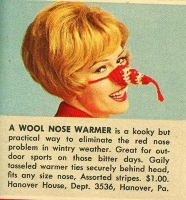 We’ve seen that the convective plume rising out of the heater does a great job at heating the air at the ceiling and sure, after a while that hot air builds up (rather builds down) and you get to feel its warmth later, or not if the candles have burned out. Better to capitalise on radiative heat transfer that can get those Joules in a straight ‘line of sight’ to your face. To do that it’s better if they’re radiatively flung from a larger surface area than a flower pot.

So, I’m thinking a hot box, kind of like a TV screen, sitting on your desk as close to your face as possible (so your face can intercept those radiatively supplied Joules). It’s at this stage I need to confess that the resulting design borders on the ridiculous in terms of construction, safety, aesthetics and basically all other design aspects (apart from thermal!). I said I enjoyed using simulation for design, I didn’t say I was a good design engineer 🙂 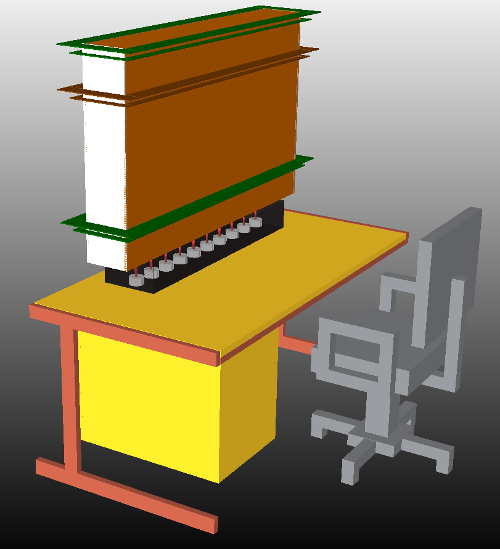 I’ve upped the number of candles to 10 and set the heater in a more realistic environment, on a desk in the same room when the outside air temperature is a barmy 8 degC. I feel obliged to point out the safety concerns with such a design, the box would certainly have to be well anchored! 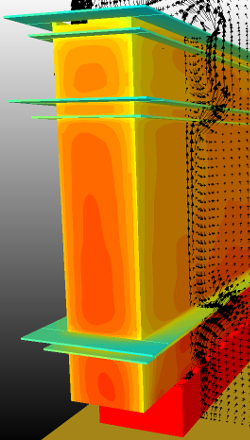 The 3 sets of ribs are intended to reduce the amount of heat that is passed to the air by breaking up the air flow as it rises up the front of the unit (otherwise that hot air would rise to the ceiling, exactly where your nose isn’t). The unit should heat up more and thus a greater % of the heat radiated outwards.

Sure, the design could be optimised to determine the best number of these ribs. Too many and they’d reduce the radiative transfer forwards, too few and they’d be less effective.

The sides and back of the unit have a much lower emissivity, this could be done by attaching tin foil to those sides, for the simulation model I simply reduced the value of the surface emissivity. Again, the intention here is to channel the heat out of the front face, not have it wasted by heating up the wall behind it. I’ve seen this approach used behind radiators before.

The size of the box could also be optimised. The best size would be one where the touch temperature is not so hot as to burn (<~40degC). In this (unoptimised) case the maximum surface temperature is ~27degC. 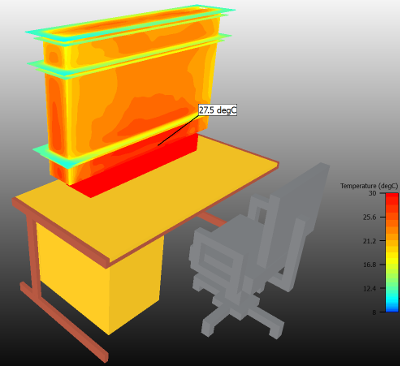 The real proof of the effectiveness of the design is whether the comfort temperature, the effective temperature sensed by a human occupant, extends far enough in front of the unit. 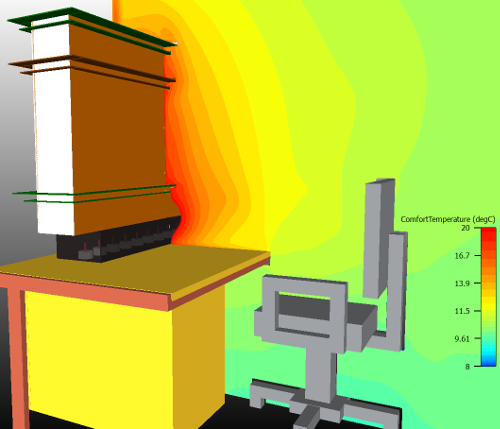 Well it does though it could still be argued whether the temperature itself is high enough. With 10 candles about 350W of heat is being pumped out, raising the comfort temperature to about 13degC where your nose might be. For 10p a day though this is not to be sniffed at 😉

So, hopefully you’ve enjoyed this demonstration of how simulation can be employed to help better understand the physics of a heating system. Armed with a greater understanding one should be able to make more informed and effective design change decisions!

Here are some other fascinating blogs about heat transfer, thermal comfort and even sauna hats:

Flow Visualization and the Beauty of the Vortex Dome January 14, 2021 Fluids tend to be transparent, which is problematic for flow visualization. Rheoscopic fluids get round this by seeding the flow…
Demystifying Electromagnetics, Part 3 - Magnets April 7, 2021 Why do magnets attract or repel and what's that got to do with conducting loops of wire? Peter and Petronella…
Thermal Influence on Maximum Current Carrying Capacity January 20, 2021 Superconductors aside, anything that conducts electricity will dissipate heat. The more current that flows, the more heat is dissipated, the…

This article first appeared on the Siemens Digital Industries Software blog at https://blogs.sw.siemens.com/simulating-the-real-world/2014/01/10/heat-your-home-office-for-8p-a-day-part-5-putting-it-all-together/