Dylan Winter, boat owner, film maker and blogger, made a youtube video about a year ago (2022 edit: now removed as he was inundated with correspondence!) showing how four tealights (small candles) can be used to warm up a small well insulated home office. A couple of weeks ago the video went viral, now having ranked up nearly 2.5 millions views. A couple of friends pinged me to see if I could help explain why this apparent miracle in home heating worked. Some pacing around, gazing into space and simulation time later I think I might have an answer.

As humans we tend to spend a lot of time converting energy, rather waiting for energy to be converted for our benefit. Waiting for the kettle to boil, running a car, eating+walking, heating a home, all involve the conversion of energy from one form into another. As we all learnt from an early age, energy can neither be created or destroyed. So, when faced with the concept of using 4 tealights to heat a space the first question to ask is “how much energy is that?”. The wax in a tea light pretty much dissapears after it’s finished burning, all its calorific value has been converted into energy. This equates to about 35W of power that is provided over a 3 to 4 hour period. About 140W (477 BTU/hr for our American cousins) for a morning. Doesn’t seem much but then again that might be because we’re so used to wasting energy, letting it be converted and distributed outside of our needs. We’re used to assuming that a room needs at least 1.5kW (~5000 BTU/hr) to be heated. More an indictment of our almost caveman like home heating technology than anything else. 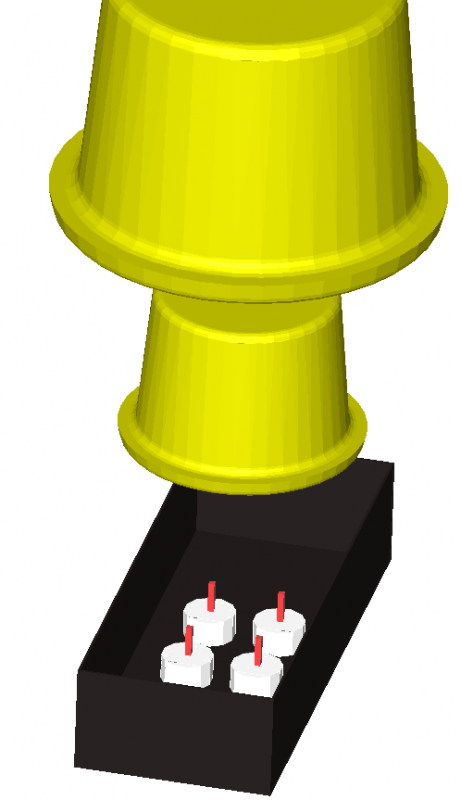 I’ll delve into why and how this system works so well in later parts of this blog series. For now let’s look at some simulation results of this heating configuration (this time using Simcenter Flotherm though admittedly more appropriate for Simcenter Flovent).

4 candles (I know there are some of you who might be chuckling already, for those that aren’t check out this gem of British comedy) are placed in a bread tin on to which are placed two inverted terracotta flower pots, the larger one with a hole in the bottom (top). 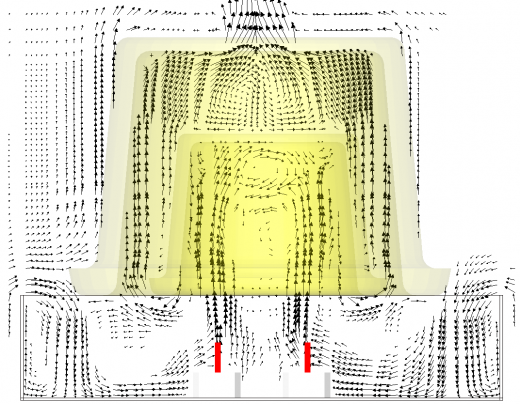 The candles heat the air above the flames, inducing the cold air in from around, over the lip of the bread tin, up into the smaller flower pot, it then passes back down out of that one, up the small gap between inner and outer pots, then out the hole in the top pot.

For this model I placed this flower pot heater on the floor in a small room, with no windows and thick brick walls. The ambient temperature set to 0degC, thus the temperatures predicted in this model will be temperature rises above ambient (well, just about give or take a bit of non-linear radiative transfer, more on that key aspect later). 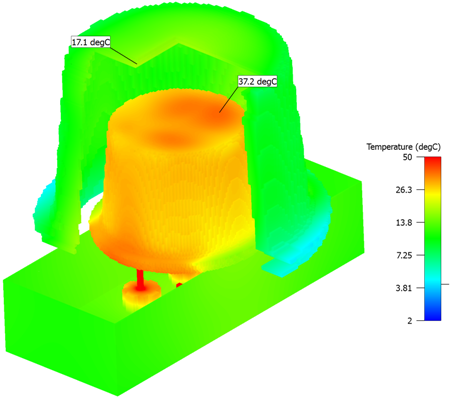 What about the room though? After all this is a room heater. The air temperature in the room is raised about 1.5 degC. From an occupied space perspective this isn’t bad at all, especially from 4 tealights. Though one issue is that this simulation assumes the candles are active for so long that the room attains these constant temperatures, not quite true. 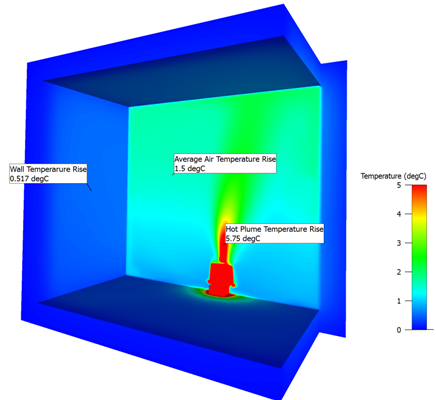 Why bother with the inverted flower pots though? If you just had 4 candles sitting on the floor you’d be supplying the same amount of energy to the room. Intuitively you think that wouldn’t be as effective but why? Intuition is a great thing, when it’s correct.

This article first appeared on the Siemens Digital Industries Software blog at https://blogs.sw.siemens.com/simulating-the-real-world/2013/11/18/heat-your-home-office-for-8p-a-day-part-1-really/