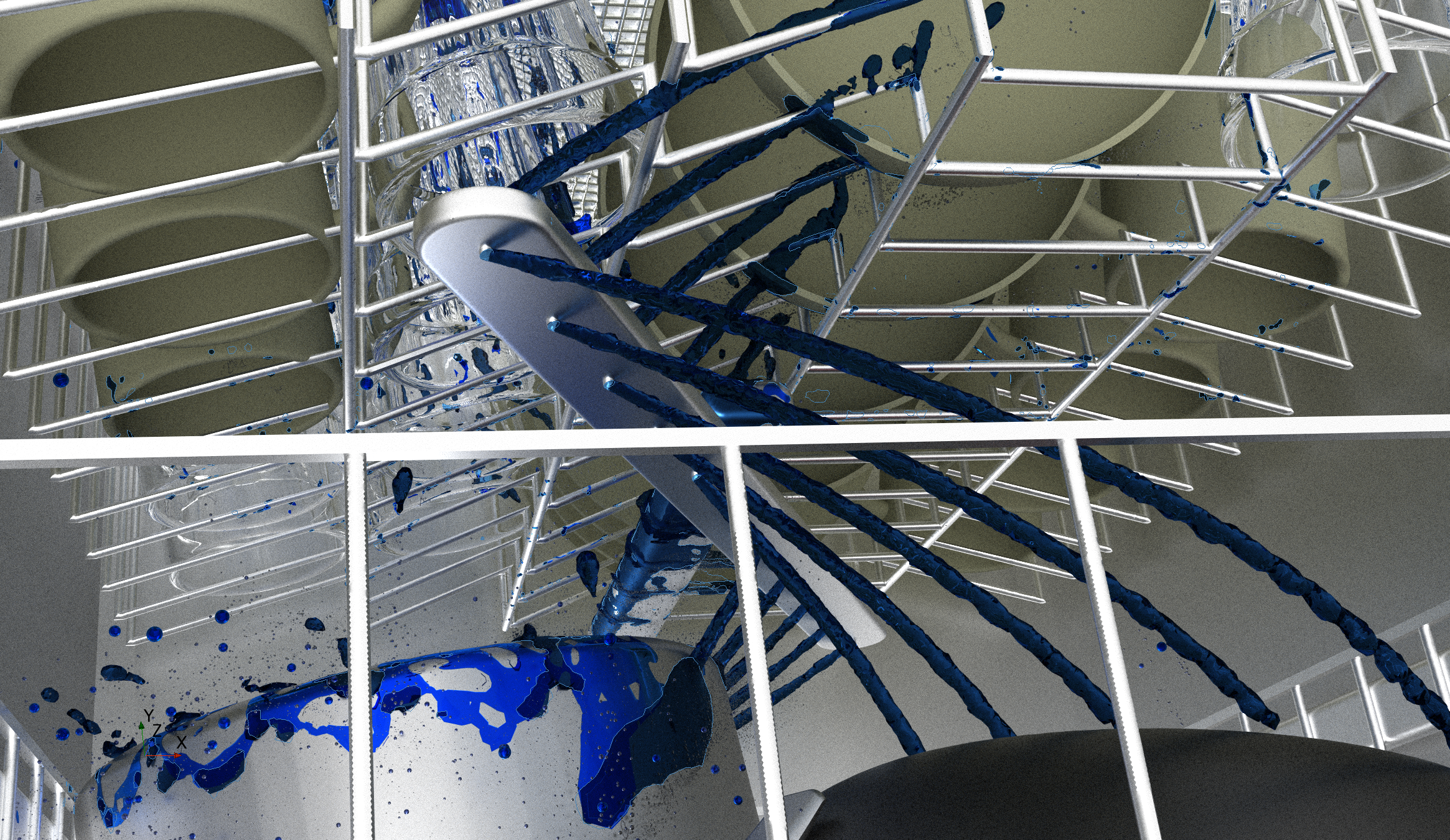 As I sit here writing this, I can see the sunset. It is now about as far North West as it gets before starting its long journey South. This heralds the arrival of summer. Even though this may be another abnormal year, it gets me thinking about what we might do.

My father-in-law owns a narrowboat. In previous years we have spent a week travelling along the UK’s canal network at a snail’s pace. The kids love operating the locks and picking fruit from the banks along the way. After a few days on the canal, a small village can feel like a metropolis when you finally arrive after knowing it was your target for several days. On such a holiday a few years ago, we visited the impressive Anderton Boat Lift in Cheshire.

The surrounding area, rich with salt deposits, offers a clue to the raison d’être for this cathedral of the canal. In the 1700s traders shipped salt by boat on the River Weaver to join the Mersey to the North. This was not ideal as many of the markets for the salt were to the South. In 1777 a new route opened with the Trent and Mersey canal passing close by. At one point the canal and the river almost touch, but there was a problem. The canal was around 50 ft (15m) above the river. As a result, for around 100 years salt had to be dragged up this steep incline between boats. This limited the growth of the industry.

It was not until 1875 that this problem was solved. The potential for much more rapid shipping was unlocked with the opening of the Anderton Boat Lift. Truly a marvel of Victorian engineering, it worked by hydraulically linking two caissons that counterbalance each. This allowed boats to be moved cheaply and quickly between the two waterways.

Ease of use and performance benefits

This innovation yielded not only massive performance improvements by reducing journey times, but also represented a significant ease of use improvement. It eliminated the need to transfer cargo across difficult terrain between boats. In the world of software development, new features like this are what we strive for. Such a feature awaits you in the upcoming June release of Simcenter STAR-CCM+ 2021.2.

Mesh that designs itself

Fluid Film is central to hybrid multiphase CFD simulation. This is the strategy where we use several multiphase models together to cover different scales efficiently. For many applications we use the Volume Of Fluid (VOF) model supported by Fluid Film and Lagrangian multiphase. Whilst VOF benefits from the existing Free Surface AMR model-based refinement, and Lagrangian is compatible, the previous incompatibility of Fluid Film with AMR meant that many hybrid multiphase CFD simulations could only be carried out on a static mesh resulting in large mesh counts.

To avoid simulations becoming prohibitively expensive, you could locally refine the mesh manually. But only if you know the approximate location of VOF flow features of interest such as jets a-priori. Even then this could be time consuming involving trial runs to get the refinement correct. With the arrival of Fluid Film compatibility with AMR, it is now possible to start with a coarse volume mesh and to let AMR do the work.

VOF to film transition is actually something we all observe on a daily basis. My children seem to be experts at ensuring a number of flow regime changes occur each time they pour a glass of water! Mopping up the puddles gave me some inspiration for the following simple example before moving on to something more complex. It clearly demonstrates the hybrid multiphase transitions and how AMR fits in.

We start with a glass of water to which, inexplicably, we have added a tube. This causes flow to pour out in a jet. To this point we use VOF to represent the water. Next, the water impinges onto a folded plate causing it to spread out to a depth of less than 1mm. As our mesh is coarser than this, the hybrid VOF-Film phase interaction kicks in and the water transitions to a Fluid Film representation. The film then runs down the plate before stripping into Lagrangian droplets at the edge. These droplets then impinge on the side of the lower glass again forming Fluid Film. This finally transitions back to VOF as the water pools. Phew, a full cycle of models aimed to ensure maximum fidelity at minimum cost.

To maximize the benefit we need to ensure that the mesh is only fine where we really need VOF. For example around the jet. We must also ensure we do not make the mesh unnecessarily fine in zones better represented by Film and Lagrangian. In our simple example, the position of these features is largely fixed, and we could design a mesh around this. However, that would require time and most likely a few attempts to get it right. We would still end up with more mesh than we needed. How much easier would it be if we could just start with a coarse mesh and use AMR to find these features? This is now possible with the compatibility of Fluid Film with AMR in Simcenter STAR-CCM+ 2021.2. The image below shows the mesh refinement around the jet.

This provides a truly hands-off approach to meshing for hybrid multiphase CFD simulation. To stop the refinement turning all the Fluid Film to VOF, the cells adjacent to the film are shielded. The minimum AMR cell size settings perform the same function for Lagrangian.

Now for something more industrial

To see the full benefit of this feature we need an industrial example, and whilst my drink transference device may not be marketable, we all use dishwashers daily.

The dishwasher is a challenging application for simulation. It has jets of water spinning round and breaking up into droplets, splashing on surfaces and forming films. In such an example, we will need all the multiphase models in the example above. However, we also have the added complication of not knowing where the VOF regions will be a-priori.

We can carry out this simulation already in previous versions of Simcenter STAR-CCM+. But today we have to use a static mesh due to the lack of compatibility of Fluid Film with AMR. Our simulation is computationally expensive as we must use large areas of dense mesh where it is only needed temporarily.

Let’s see this simulation in action…

What a complex flow field! We have been able to capture all the details of the flow using hybrid multiphase CFD.

Again, AMR can really help us here. We can see in the above animation and images that it allows us to use a coarse initial mesh whilst still capturing the details of the jets and their breakup, together with the film deposited on cups, glasses, and pans.

Hybrid multiphase CFD with AMR – Not just easier but faster too

So how much faster can we make this simulation by being able to use AMR? To find out, we ran this dishwasher example with a fine static volume mesh. We compared this to a run with a coarse volume mesh and AMR that has the same surface mesh. We setup the AMR refinement to give the same mesh size as the static mesh in areas with free surfaces. Take a look at the comparison of the results below:

The first thing to note is how similar the results of the two runs are. This gives great confidence in hybrid multiphase CFD simulation, that even with very different volume meshes the same results can be achieved. To complement this observation, the number of Lagrangian parcels is also very similar.

Now to the speed-up. The AMR simulation is 2.75 times faster than its static mesh counterpart. We have achieved this with a peak of less than half the mesh count of the static mesh.

AMR is a game changing technology that does for multiphase simulation what the Anderton Boat Lift did for salt transport. It unlocks the power of hybrid multiphase CFD simulation and enabling applications that you previously may have considered impossible. Get your hands on this and other exciting new features in the June release of Simcenter STAR-CCM+.

4 Myths about AI in CFD April 6, 2021 As Artificial Intelligence (AI) has become more ubiquitous in our everyday lives, so too has confusion about what it is…
Lifecycle Insights - Guided simulation workflows: A… March 28, 2022 Engineers are increasingly adopting simulation early in the design process. And it’s easy to see why this shift-left strategy is…
Veering Off Course: Transportation Emissions & The Climate… January 11, 2022 Can significant parts of transport be decarbonized with existing technology? What are the barriers?
This article first appeared on the Siemens Digital Industries Software blog at https://blogs.sw.siemens.com/simcenter/unlocking-the-potential-of-hybrid-multiphase-cfd-simulation/