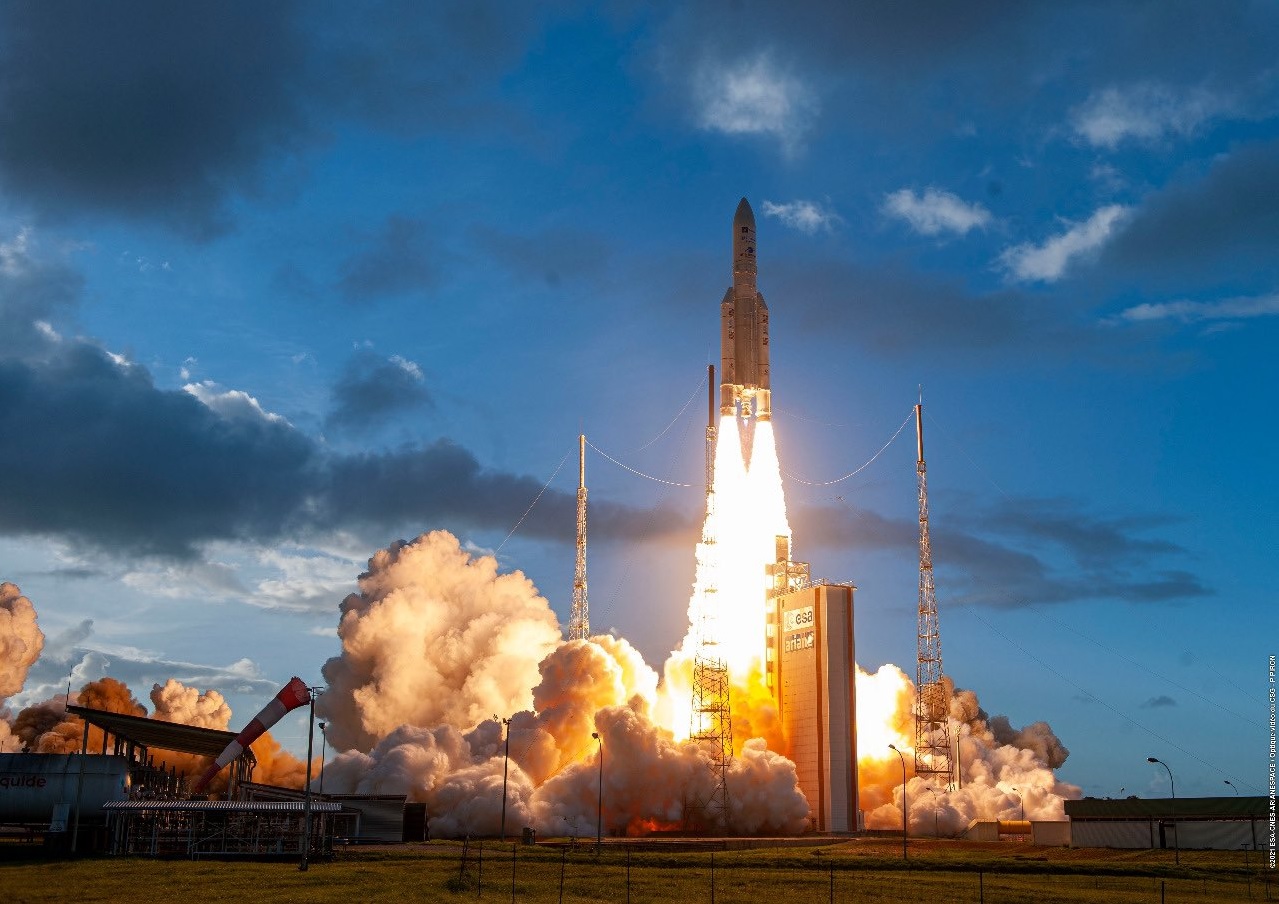 Ariane 5's march to retirement with one of the last launches before the newborn Ariane 6 takes over. Credits: ESA/CNES/Arianespace

The world’s launch operators, led by SpaceX and China’s state-run enterprises are on track to break last year’s record of 135 orbital deliveries.

With the Falcon 9 launch in September from Cape Canaveral, with 54 more Starlink satellites on board, SpaceX marked its 42nd launch to date in 2022. It was the 40th attempted space launch this year from Florida’s Space Coast.

China marked with the launch of the ninth flight of a Long March 7 rocket, on Sept. 13, lifting the Zhongxing 1E military communications satellite into orbit, China’s 38th space launch attempt so far in 2022.

Europe, on the other hand, has only its 2nd launch this year with the launch of a telecommunications satellite in September on an Ariane 5 rocket and 1 more is planned for this year. Next year, however, many more launches are foreseen with the emergence of the 2 new launch vehicles Ariane 6 and the VEGA C.

In order to carry out all these assigned missions successfully, the spacecrafts are involved in comprehensive test campaigns that included development, qualification, and proto-flight test programs. Testing is performed to verify and ensure the payloads can survive the rigors they will be exposed to during the rocket ride to space. Prior to space launches, the test program includes vibration and acoustic noise testing to simulate the launch environment, high-level shock and pyro-shock to simulate stages separations, pyro-bolts and, ultimately, release in space. All these tests are necessary to ensure perfect operation of all sensitive instruments on the payloads when they are put in orbit or when they land on Mars or the Moon.

To give you an idea, the James Web Telescope had over 300 single-point failures, this is a list of elements that would have serious, mission-disrupting consequences if one of them failed. Failure of any of them could have major implications for the mission. Therefore engineers and technicians spent years devising scenarios, running simulations, and testing every part to guarantee a successful mission.

An actual sine qualification test on the BepiColombo spacecraft (an ESA and JAXA joint scientific mission to explore Mercury)  at ESA’s ESTEC test facility using Simcenter SCADAS hardware and Simcenter Testlab software is shown in the video below:

As satellites and space probes are often one-of-a-kind systems, the final flying payload is also the prototype. Hence, the required and extensive environmental testing is a risky task. Although a satellite is structurally designed to withstand the loads of the launch, it is important that a qualification test (whether it is a pyro-shock, vibration or acoustic test) does not over-test the satellite above the specifications.

If an over-test is done, it might well be that instruments or equipment do not survive the second “real-life” launch. Hence, the need to have these qualification tests fully under control and reduce the risk of over-testing.

Read all about it in following comprehensive white paper:  “Perform safe and efficient space qualification testing”.  It  provides a nice overview and discussion of different space testing technologies, from mechanical qualification tests to modal survey and micro-vibration testing. It also addresses how digital twins can support in de-risking and optimizing spacecraft testing before space launches.

You can also join the free on-demand webinar “Spacecraft integration and qualification testing” and learn about:

This article first appeared on the Siemens Digital Industries Software blog at https://blogs.sw.siemens.com/simcenter/towards-another-record-year-of-space-launches/