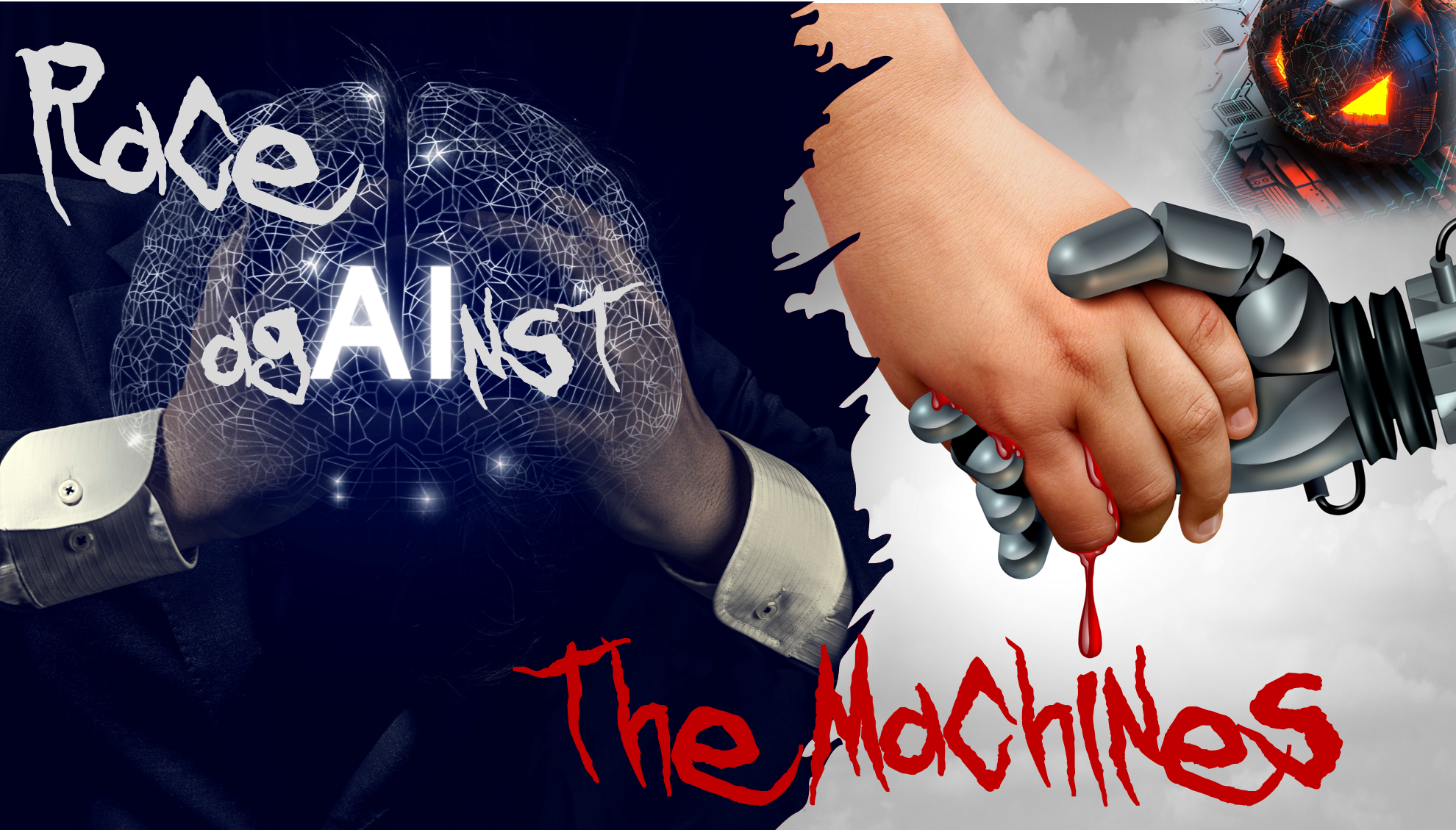 The Future Can Be Seen. Murder Can be Prevented. The Guilty Punished Before the Crime is Committed. The System is Perfect. It’s Never Wrong. Until It Comes After You.

He stared at his screen. In absence he rotated the model. The scene ran through his mind over and over. It just did not make sense. How on earth could they have known? I mean he had seen The Matrix, Terminator, I, Robot and – of course – Minority Report. But this one? For real? I mean he had heard of those pre-crime pilot projects where – based on an algorithm- the police would send policeman to patrol in neighborhoods that were more likely to be a place of crime conviction or even put selected individuals under surveillance. But this one was different. He had never committed a crime, he was the normal guy from next door. He was a respected engineer. It was not to be expected, predicted, prevented?

How could they have known? He had talked to nobody! Not his best friend. Not his dog. Not even himself.

The CAD tool popped up and made a proposal for what he was supposedly planning to do next. In absence he arbitrarily clicked on an icon to trigger the next best operation.

The scene reappeared. When he pulled up the road that evening, he already saw from afar that something was going on: They were at least 15 policeman, heavily armed and armored and evenly distributed around his house, six cars with flashing red-and-blue lights having stopped in front of his home blocking the street in both directions. They did not notice him as he turned around the corner and watched the scenery from a safe distance.

John Anderton: There hasn’t been a murder in 6 years. There’s nothing wrong with the system, it is–
Danny Witwer: Perfect. I agree. But if there’s a flaw, it’s human. It always is.

On the screen the design exploration tool interrupted his memories with a pop-up notification: Optimizer finished. Please review results.

He was an engineer; he was trained to think rationally. He stepped back. There must be a reasonable explanation. What if it was a coincidence? What if accidentally, they had sent a bunch of policemen to the wrong place and they were supposed to be at a totally different place where another crime was happening. What if they were supposed to be at his neighbor? I mean that guy, he had always seemed more than a little strange.

Like a robot he opened the post-processing scene to review the results from the topology optimization study. The design looked odd. In twenty years of CAE engineering he had never seen something like this before. No way, he said, and rubbed his eyes. You tiny little nag, he said, as if the algorithm could have heard him and could be held responsible for outperforming a bunch of senior engineers.

All right stay cool. When I left the office earlier, I had not talked to anyone. Nobody had even seen me walk out. I did everything as usual, didn’t I? It was 5.12 pm. My phone reminded me it was about time to go home, it told me the status of the robotic vacuum cleaner, that I had not yet fulfilled my 10,000 steps target, reported home temperature and told me my washing machine had finished the job and -as expected – there was only one person in my house that moment. And the car? – was waiting in the same parking spot as always, recharged and ready to give me a ride, asking me whether I wanted to go home as usual. “Well, kind of!” I had said.

It was so unusual. And yet the the results of the design optimization programme were outrageous. Why did he never think about doing it that way? And why on earth could something like this outperform what he and his colleagues had tried in hundreds of attempts over the last two years? He had just kicked-off those simulations for the topology optimization two weeks ago, then used the provided topology, parameterized it and triggered a subsequent design exploration study of a week ago.

Where was he? Oh yes, the car. No, the car may be smart but, being asked if he wanted to go home as usual, it probably would not understand the irony in “Well, kind of!”, and then call up the police telling them something cruel was about to happen in its destination in exactly 19 minutes and then the police would have answered, “Thanks, Mr. Car for the valuable insights, we will send six fully packed cars right away and wait there for the delinquent to pick him up.” And neither could the car have realized there is something unusual under its driver’s seat. I mean it’s full of sensors, if I wanted, it would drive me home totally autonomously, it knows how I like to sit and what my comfort HVAC settings are which music I like to listen to on my way home and at which volume, but in all seriousness: It could not know there had been a gun under its seat.

“It is a capital mistake to theorise before one has data.”

He clicked on the best performing design to review the underlying computational fluid dynamic results. He needed to understand what was behind that magic. How did that design outperform all of his own and his colleagues’ earlier attempts? He was an expert in fluid mechanics, had spent his PhD on turbulence modeling, he had seen designs fail and stand out, he had held the pieces in his hands for ages, and used the CAE tools for more than two decades, and – he held 17 patents in the field. And now those stupid little algorithms should have taught him in 14 days, how to do it way better!? The CAD tool popped up with another suggestion. “Well then, if you think so”, he said and just followed the proposal.

Could anyone – but the car- have seen the gun? I mean I had kept it under the seat for weeks. Magrath? No, she never uses my car. Neither have I given her a lift lately. Neither have I given a ride to anyone in all these days. No, there must be another explanation. What have I googled lately? What have I shopped lately? He pulled out his smart phone and went through his online shopping history. He remembered that story that an algorithm knew a woman was pregnant before she knew. All that just based on her shopping history. But in all respect, telling from two pairs of socks, a book on Italian cuisine and a pair of sunglasses that a capital crime was about to happen and then send 15 policemen to a house that will be the site of the crime on Wednesday evening 5.31 pm? You’d have all my respect if you were the mastermind behind that artificial intelligence.

Indeed, the flow was now smoothly passing that edge, that had always caused them headaches. Up to now they had to severely cut back on performance in order to ensure stability. They had known this was the crucial area and they had tried for years to find a decent engineering solution. But this way? No, that had not come into anyone’s mind. He felt embarrassed and depressed. That thing hurt him where it always has been hurting the most: It was an attack on his engineering pride. He thought about his options. What, if he just deleted the solution and never told anyone anything about it…

He had made the plan a week ago, it was bullet-proof. No one would have ever gotten him. He had considered every detail, everything that could go unexpected, for anything that might cross his initial plan he had a back-up solution. Simply everything. Everything, but the fact, that someone – or was it something? – would have understood that he was about to commit a crime before he committed it.

“All men make mistakes, but a good man yields when he knows his course is wrong, and repairs the evil. The only crime is pride.

As he finished that thought, something in his mind changed. He thought about what would have happened if the police had not been there- or if the algorithm – provided it ever existed – had sent the cars a little later. What if he had not been stopped and that incident – be it a coincidence or the result of some ingenious AI – had not made him turn around? Or what if that thing didn’t have had a flaw and they had shown up slightly later and caught him with the gun in his hand? What if he had not come back to his senses be it thanks to some artificial intelligence or a plain stupid human mistake.

In deep regret he looked at the whole story from a totally different angle: Man, I was about to do the worst thing ever! How stupid can you be? What on earth did I think! Maybe it was just a flaw that they showed up a little too early, maybe it was a coincidence after all, but anyways. Whatever it was, that thing just saved me from making the biggest mistake of my life!
As he looked at the screen again, with the outperforming design in its beautiful colors for directors, he knew what he was supposed to do.
“Thank you!” he said in deep regret.

And while he stared at the model in constellation the computer would not respond. Until the CAD tool popped up again, told him to stop dreaming, wake up, switch-off the computer for today, go home and have some rest!
He looked at his watch. It was 5.12 pm when he left the office. The outperforming design was still on the screen. And a great idea how to further improve the performance was on his mind.

When he left he knew that he would never win the race against the machines, because from now on he would just race with them.

4 Myths about AI in CFD April 6, 2021 As Artificial Intelligence (AI) has become more ubiquitous in our everyday lives, so too has confusion about what it is…
Simcenter™ FLOEFD™ 2021.1: What’s New? April 29, 2021 What's New in the latest Simcenter FLOEFD 2021.1 version? Electromagnetics, structural simulation and much more. Find out for yourself.
Model-based design from ICEs to ICUs: Bridging the… November 10, 2021 The events of the past few years have turned global attention towards health and, more specifically, healthcare. From the images…
This article first appeared on the Siemens Digital Industries Software blog at https://blogs.sw.siemens.com/simcenter/race-against-the-machines/