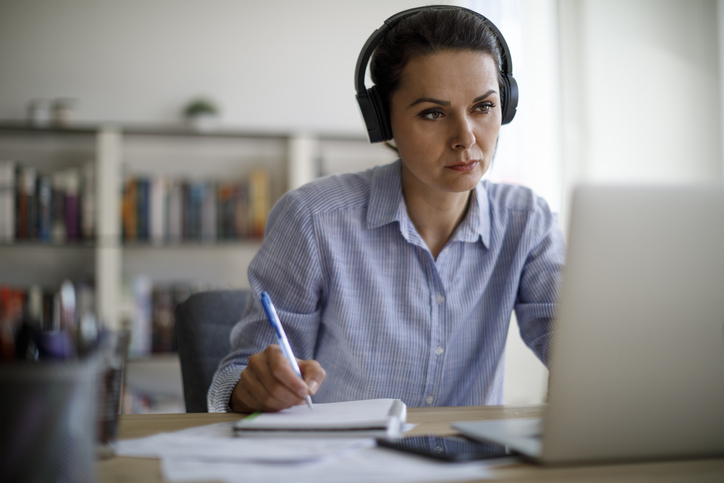 Testing in the digital age conference

‘Testing in the digital age‘ conference is fast approaching. One of the bright sides of the current pandemic is that you don’t have to travel a far distance to meet the experts. You can join us from any location you wish without making any other arrangements besides a simple registration.
This virtual conference brings three tracks tailored for your industry. And our moderators – our experts in different industries would like to personally invite you to join us. Learn more about the three different agenda tracks and find out what is there for you.

With test and simulation being bitter rivals not so long ago, who could imagine them being best friends now?

Almost 25 years ago, I did my first modal analysis. I glued accelerometers on a body-in-white, suspended it in bungees, and ran my burst random excitations using three shakers. There were cool things about those old-school setups. Back then, the real masters in Simcenter Engineering Services could turn on a computer, start typing right away (‘Type ahead’ is a feature that Windows never got to embrace), and go for a cup of coffee. Returning five minutes later, the system was already taking the first runs. Good memories…

The world of testing has changed, as has the world of automotive engineering. Traditionally, the combustion powertrain has been the main cause of NVH issues. The noise emitted by the engine used to make up about 50% of all the noise the passengers would hear. No wonder that the vehicle powertrain was the center-of-attention for the NVH engineers. With the advent of “green” drivetrains and pure electric vehicles, in particular, the focus has shifted. Even though electrified powertrains make noise but at a lower level, their signature has become higher-pitched and more tonal, which is often quite annoying. Enter ‘sound quality’ rather than ‘sound level’ as a key driver.

And then, there are those that like to make life truly complex by developing a hybrid powertrain. This powertrain type does not only combine the traditional NVH issues associated with the combustion engine and the electric motor but also adds the transition issues on top of that. It is really a case of making 1 plus 1 equal 3, but this time not in the good sense.

Next to the powertrain NVH challenges, other matters get more complicated as well. There has been a huge explosion of vehicle model variants in the last 2 decades. Just think of how many different cars an OEM like Mercedes or BMW was making in the mid-’90s versus the almost unlimited choices there is today. And all these variants are still engineered by the same size team just like 20 years ago. I can assure you that engineering efficiency has become imperative.

The bright future of blending test with simulation

That also brings me to another big change, the test versus simulation battle. You know what? That’s almost gone. People have become NVH or durability engineers, not ‘test NVH’ or ‘CAE NVH’ anymore. Engineers are embracing the synergies and software tools have followed. I would never have imagined that I could run a simulation model inside my test environment. But now this is possible. Engineers can run their simulation models while conducting the test measurements.

The burden of petabytes of data to develop autonomous vehicles

And lastly, I have not even touched on the ongoing revolution – autonomous vehicles. The development of these cars requires a huge amount of test data to feed the scenarios for the algorithm development. Here is one illustration, 25 years ago, a gigabyte was a lot. But now, we deal with petabytes (I did not even know this existed)! And yes, we can get this amount of data nowadays. But how do you deal with this amount of data?

Performances as NVH, durability, active safety, energy efficiency are essentially highly coupled system integration performances.
Personally, I developed a view on systems design thinking in the context of NVH and acoustics simulation and testing, this already quite some years ago, in my early technical career. The need for systems design thinking to resolve complex NVH issues allowed me at that time to develop a thinking framework on “source/path/receiver.” And that resulted in the development of the transfer path analysis tools in its early years of industry adoption. It is a pleasure to see that this work has inspired so many product developers resulting in product innovation!
As a result of the ongoing electrification and autonomous development programs, today’s vehicle system complexity puts significant pressure on the performance engineering teams to cope with newly arising problems and challenges to reach the required targets.
While definitely, the pressure is on the creation of “Digital Twins” for performance engineering – the proper system models to frontload utmost possible performance optimization, as early in the program as possible – it is at the same time required to re-invent the way testing is complementing simulation.
Are you interested to see how you can bring testing into the Digital Twin? Then join the Automotive & Transport track of our Siemens Simcenter “Testing in the digital age” conference on March 2nd, 2021.

As long as there is innovation in the aerospace industry, a tight handshake will be needed between virtual and physical testing.

Nearly twenty years ago, I attended a conference predicting that aircraft certification would happen completely virtual by today. It was a surrealistic spectacle: simulation software providers, industry leaders, and the academic world actively denying the speech of an EASA expert stating: “Yes, we do accept simulation data, given the aircraft program provides evidence that calculation processes and simulation assumptions are right.”
In the meantime, simulation software has evolved big time. Simulation increasingly contributes to the proof of compliance of the aircraft certification dossier. Even better, simulation doesn’t only help prove use cases that happened in the past through testing. Simulation is used for situations that are practically impossible to test physically.

Along with the ever-increasing capabilities of simulation software, there is much innovation happening in the aircraft industry. Let me name some examples: new aircraft configurations (UAM), new aircraft electrical propulsion systems requiring high-power electrical installations, the application of new structures (e.g., additive manufacturing), and I could go on. All these require new simulation methods, tools, and processes. Unfortunately, the aircraft industry has not acquired the right evidence for proof of compliance yet.

So, I believe that as long as there will be innovation in this industry, physical testing will be required to make the virtual certification process viable.

Leaning on physical testing in the digital age

We at Siemens are not blind, and we realize that the aircraft becomes a physical reality at a certain moment. We understand that physical testing is expensive, and we do invest vast amounts of money in improving our simulation capabilities. But the industry will always have to test physically. Accepting this paradigm, we make sure that there is a good handshake between the virtual and physical testing world.
Indeed,
– Digital twin models allow to define better and de-risk the required physical tests
– Physical testing provides evidence enabling to improve the Digital Twin
– Digital Twin complement and/or replace physical tests

Additionally, the virtual and physical testing provides evidence (models and data) that needs:
– to be kept in the context of the to be certified aircraft
– to be traced back to the requirements
– to be stored such that next programs can re-use previous program evidence

You can achieve this with model-based system engineering (MBSE) and verification management processes implemented in the program’s Digital Thread.
The conclusion is that, as long as there is innovation in the aircraft industry, that long physical tests will be needed to provide evidence that the Digital Twin and Digital Thread provide the right elements for the proof of compliance. The acknowledgment of this digital handshake will accelerate certification big time and reduce the certification dossier’s costs.

And just a reflection: which of your customers would choose to be the first passenger on a virtually certified aircraft? Would an EASA/FAA certificate based on virtual models only be a competitive advantage to your company?

Let’s discuss this at the “Testing in the digital age conference”.

Efficiently validate simulation with smart testing by capturing real-life behavior of the machine.

I still remember an industrial machinery OEM who adopted our test solution in the early ’90s. A revolution… Designers were entirely shocked by the experimental results showing their prediction was far too optimistic. After initial fighting, the two departments started to gradually trust each other with the common goal of a new level of product excellence.

Thirty years have passed, and the new age of digitalization requires an even stronger integration between the different departments to assure that the adopted digital twin is 100% representing the real machine.

With the adoption of an integrated simulation and test approach, the machinery industry can reach excellence by further shortening the development cycle and enhancing product innovation.

If you want to know how to make your machines smarter, faster, and more efficient with testing, join me for the Siemens Simcenter “Testing in the digital age” conference on March 2nd, 2021.

As I’ll be your host for the ‘Industrial machinery track’, I can share with you the key topics and what you will learn:

10 insights from rocket CFD for a mind-blowing moonshot July 29, 2021 This is your guide to a successful moonshot project - with 10 insights that only rocket CFD (Computational Fluid Dynamics)…
Industry 5.0 already??? January 19, 2022 We spoke to KU Leuven industrial research manager Dr. Bert Pluymers to see what this all means for the future…
Simcenter™ FLOEFD™ 2021.1: What’s New? April 29, 2021 What's New in the latest Simcenter FLOEFD 2021.1 version? Electromagnetics, structural simulation and much more. Find out for yourself.
This article first appeared on the Siemens Digital Industries Software blog at https://blogs.sw.siemens.com/simcenter/personal-invites-for-the-testing-in-the-digital-age-conference/