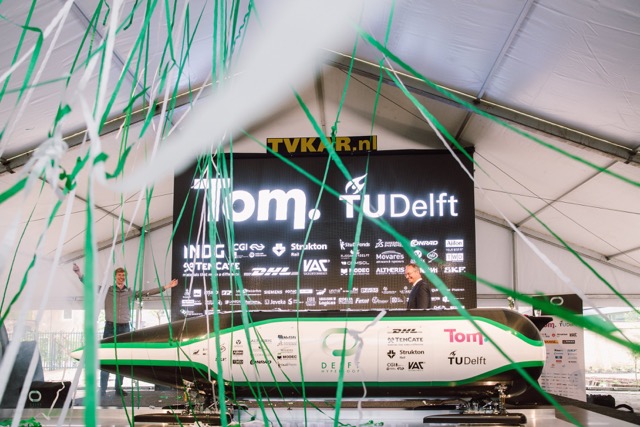 A while back, I attended the TNW conference in Amsterdam. It is basically tech-heaven for anyone and everyone who likes to skate on the edge of innovation. All the buzz-word types are there: disruptive innovators, IoT designers, Big Data gurus, white-hat hackers, smart fabric manufacturers and even a Danish “hobby consortium” of rocket scientists. But I digress: what really grabbed my attention after a brief chat with Dirk Ahlborn, CEO of Hyperloop Transportation Technologies, was the Hyperloop revolution.

But how did Hyperloop get going? Two words: Elon Musk. When you have a visionary like Elon Musk on board, get ready for lots of innovative ideas. (The Hyperloop is one of his concepts he spring-boarded in a 2013 white paper.

As we all know, vision is a great thing, but making the big jump from a visionary concept to working reality, well, that is a whole different ball game. On this front, Dirk Ahlborn seems to be orchestrating the Elon Musk vision on the Hyperloop project with a robust start-up mentality – the more experts the better. And with concrete Hyperloop plans in Slovakia, Quay Valley, California and a test center in Toulouse, France, this company seems to be on the right track. But with something like the Hyperloop, one or two commercial ventures might not be enough. So what did Elon Musk and SpaceX do about this? They took a page out of the World Solar Car Challenge and put the global engineering student community to work in the Hyperloop Pod Competition.

The first step was a design weekend in January 2016 in Texas where 115 teams presented concepts for a working pod. A year later, 27 teams were invited to test the pods on a one-mile test track right next to SpaceX’s headquarters in Hawthorne, California in late January 2017. After a week of test-ready evaluations, three schools passed the preliminary structural integrity tests and were allowed to hit the test track.

For those of you who follow this type of stuff, you won’t be surprised to hear that the Delft University of Technology, a Dutch engineering school that seems to excel at these innovation challenges, won the overall event with the Highest Overall Score and Design and Construction Award. The other top finalists included:

Not surprising as well is the fact that quite a few of these teams used tools from the Simcenter portfolio to simulate and test their Hyperloop pod concepts. We already have a super features about the University of Maryland (UMD Loop) team on this blog. And we’ll be talking to some of the other winning teams as well as they prepare for the final competition this summer.

Keep checking in, there will be more stories about the Hyperloop teams coming soon.

10 insights from rocket CFD for a mind-blowing moonshot July 29, 2021 This is your guide to a successful moonshot project - with 10 insights that only rocket CFD (Computational Fluid Dynamics)…
4 Myths about AI in CFD April 6, 2021 As Artificial Intelligence (AI) has become more ubiquitous in our everyday lives, so too has confusion about what it is…
Industry 5.0 already??? January 19, 2022 We spoke to KU Leuven industrial research manager Dr. Bert Pluymers to see what this all means for the future…

One thought about “More than Hype: the Hyperloop is happening!”

This article first appeared on the Siemens Digital Industries Software blog at https://blogs.sw.siemens.com/simcenter/more-than-hype-the-hyperloop-is-happening/