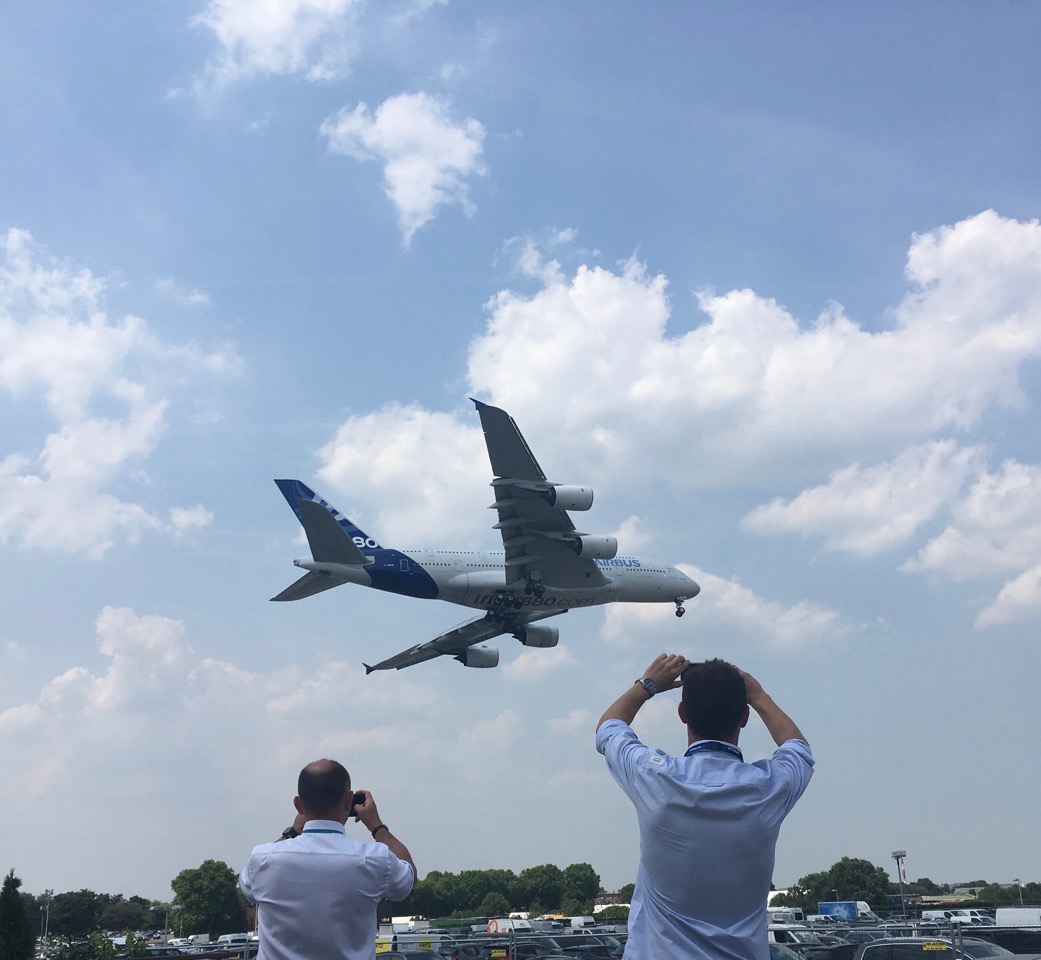 “Le Bourget” as the French call the Paris International Air Show is one of the grand dames of the European air show circuit. The world’s oldest, it started in 1909 as an exhibit dedicated to “aerial locomotion” attracting over 100,000 visitors and 380 innovative pioneers. 108 years later, the Paris Air Show is a must-be for anyone in the aerospace industry. Recently, we joined 150,000 other aerospace professionals in the killer-scorching 40°C heat to check out the next aviation revolution: a record-breaking plane powered with a Siemens eAircraft propulsion system, the Extra 330LE. Even the Extra 330LE kept it cool…This little plane, the Extra 330LE, is pretty special. Not only did the plane perform some impressive aerobatic tricks piloted by Ulrich Schell, it also towed an acrobatic glider, piloted by champion Nicolas Honnons, at a climb rate of almost 8 meters per second. Powered by a Siemens 260 kW electric propulsion system, the Extra 330LE also has bragging rights to a carbon footprint close to 0 and performs in practically total silence.

Just how quiet?
Compared to the roars of the Rafale and the F-35 which also took to the skies that afternoon, the Siemens eAircraft is quiet. I can personally vouch for this because I was at the end of the runway when one of our experts, Raphael Hallez, used the LMS Smart Scope to collect in-cabin acoustic data from the LMS SCADAS XS on-board the Extra 330LE. It is quite quiet and we have the data to prove it. The key to the success of the Extra 330LE is that Siemens researchers developed a new type of electric motor: one with a weight of just 50 kilograms that can deliver a continuous output of about 260 kilowatts – five times more than comparable drive systems. Innovation like this changes things completely. Thanks to its record-setting power-to-weight ratio, larger aircraft with takeoff weights of up to two tons will now be able to use electric drives for the first time. The goal to develop a hybrid-electric regional aircraft (a goal which Siemens and Airbus set for themselves when they entered a partnership last year), well that no longer seems so far away…

Breaking the innovation barrier
But this brings quite a few questions to mind: how do you get to this point innovation-wise? What kind of tools did the Siemens researchers use to break the innovation barrier? Before the heat got too unbearable, we took a couple of minutes to ask Frank Anton, Head of the eAircraft project at Siemens Corporate Technology, and Jan Leuridan, Senior Vice President of Simulation and Test Solutions at Siemens PLM Software, to talk about how one creates such a revolutionary product and how tools, like the Simcenter portfolio, help to make it happen.

4 Myths about AI in CFD April 6, 2021 As Artificial Intelligence (AI) has become more ubiquitous in our everyday lives, so too has confusion about what it is…
Is e-bike noise an issue? Quit whining! June 2, 2021 E-bikes become quite popular these days. Besides the operating range, also the generated noise is an important quality aspect for…
If you can’t take the heat… Simulate it! Reducing VTM costs… June 10, 2021 Find out how to efficiently and accurately simulate VTM using Simcenter Engineering's multi-fidelity workflows.
This article first appeared on the Siemens Digital Industries Software blog at https://blogs.sw.siemens.com/simcenter/making-history-with-the-siemens-eaircraft-project-at-le-bourget/