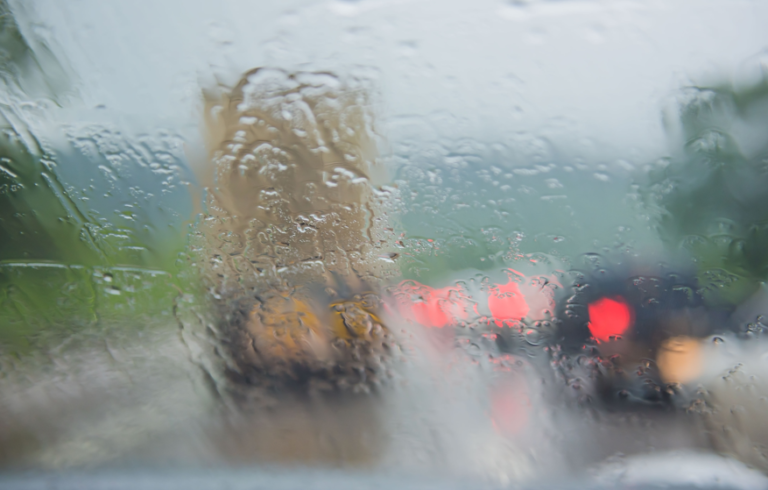 A year and a half ago, I wrote about my new car with some slightly disappointing driver safety technology that worked well in the summer, but less well when I needed it most: in the perpetual rain and snow of a New York winter.

In this post, I mentioned then that both the European Union and the United States were mandating that all vehicles be equipped with autonomous emergency brake and forward-collision warning systems by 2020.

Well, we are at the dawn of 2020. So, it’s time to go deeper and tell you more about the state-of-the-art simulation technology which supports engineers with improving advanced driver-assistance systems (ADAS) performance under harsh environmental conditions. And not only at Daimler thought.

The use of sensors in ADAS and autonomous vehicles has been accelerating over the past few years largely driven by regulatory and consumer interest in safety applications. These sensors help with monitoring, warning, braking, and steering tasks to prevent accidents and protect drivers. But that is pretty useless if the sensors can’t handle all the harsh environments that a driver routinely encounter.

Vehicle designers and suppliers are working to address these needs. One method would be to add a liquid cleaning system, like the ones used by vehicle wipers. This would add additional wiper fluid, which adds weight, mechanical complexity and additional maintenance to the system. Another critical step OEMs are investigating is using the vehicle aerodynamic design to help locate sensors, and keep sensors clean, to minimize the maintenance of the sensors. And more important than that, help me to avoid bending the fender of my next new car.

Today, it is common to use simulation to investigate the aerodynamic contribution of a vehicle to its fuel consumption and acoustic signature. Including dirt/water management as part of the aerodynamic design cycle represents a relatively new challenge. Simulation allows engineers to solve problems before the first prototype is built, reducing the high costs of making changes late in the design cycle. This allows engineers to look at the trade-off between styling, aerodynamic drag losses, acoustic noises, and rain/dirt management. To learn more, feel free to join our Live Webinar event on January 22nd.

Simulating vehicle soiling can be quite challenging, modeling the physics needed to capture a realistic solution in a time frame in which engineers can impact design. There are many different techniques today balancing the trade-off between physics for realist solutions with computational resources. For speed, physics models of particles and fluid flow generally are separated to enhance performance. Examples are particle-based methods that focus on particles traveling free from the airflow. There are wall film models that help computationally reduce 3D modeling for thin films. More expensive models include the volume of fluid and resolve multi-phase between the water and air which are referred typically as Volume of Fluid (VOF) in a cell. The VOF modeling allows the user to track the motion of free surfaces.

In Simcenter STAR-CCM+, the developers worked with a focus on the interaction of these complex models to enable high fidelity water management solutions. Particles are modeled with either Lagrangian or Dispersed Multiphase (DMP). The DMP is a lightweight Eulerian model with large particle groups, while Lagrangian allows greater interaction between the air and particles but has increased computational cost. As the particle hits a surface, the fluid film model helps to capture thin films of water along the vehicle. As water collects, or pool, thin-film assumptions are no longer correct, and the water needs to transition into the VOF model.

Adding features of droplets in the air, to wall film, and VOF enable Simcenter STAR-CCM+ to capture realistic physics for vehicle water management. The rain is simulated using Lagrangian particles. These collect on the windshield using the wall film model. The motion of wiper blades is captured using overset grids. While blades are moving, water may pool up on the blade, rain gutter, and/or cowl. Both the VOF model and wall film model capture surface tension of the air flowing over the windshield.

These capabilities allow water management to be done earlier in the design phase and improve performance for ADAS, cameras and windshield visibility.

4 Myths about AI in CFD April 6, 2021 As Artificial Intelligence (AI) has become more ubiquitous in our everyday lives, so too has confusion about what it is…
Model-based design from ICEs to ICUs: Bridging the… November 10, 2021 The events of the past few years have turned global attention towards health and, more specifically, healthcare. From the images…
Most asked questions on data collection for ADAS validation August 26, 2021 About 1.25 million people globally die each year due to road traffic crashes - that’s over 3400 deaths a day!…

This article first appeared on the Siemens Digital Industries Software blog at https://blogs.sw.siemens.com/simcenter/keeping-vehicle-adas-clean-in-harsh-operating-conditions/