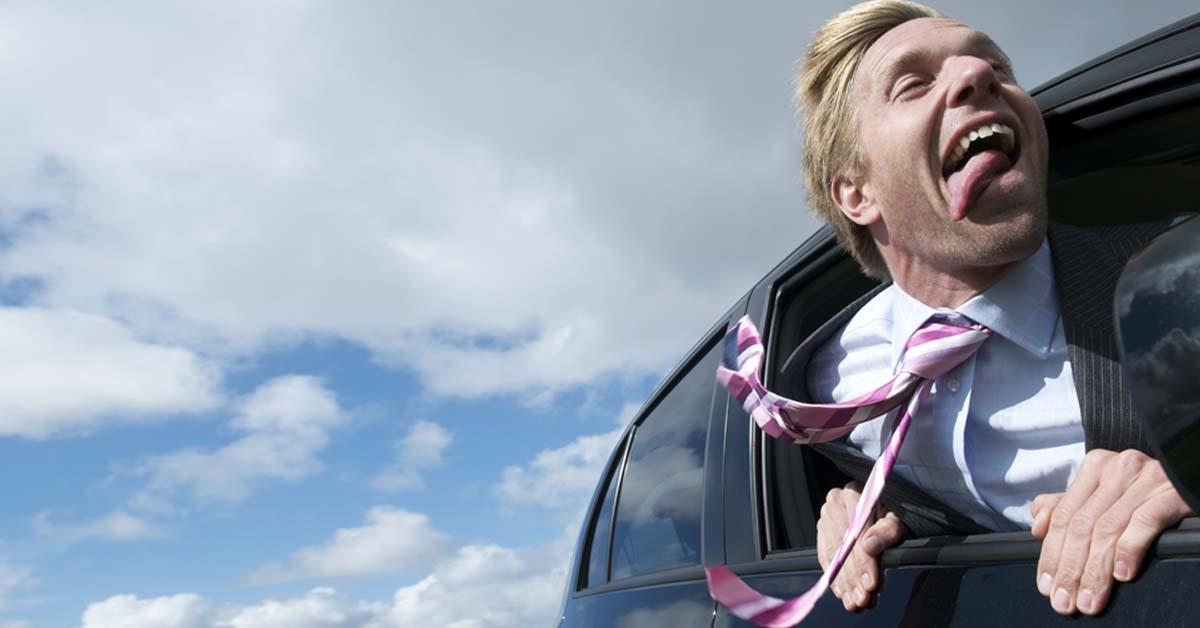 Hypersonic speed is currently a very interesting topic for research and future commercial flights. For commercial flights, the short flight times even for long-distance travel are highly interesting. Passengers or freight can be transported rapidly over vast distances compared to regular flight times. But where exactly does hypersonic fit into the flow regime of speeds, and what’s so special about it with regards to its physics?

From sub- to transonic speed

When talking about fluid flow, the average Joe thinks of air and water flow. When you mention the speed of sound, they might know what you mean, but they know little about how fast that actually is and that it is depending on the fluid as well as the temperature of the fluid. This is the reason why talking with a breath of helium sounds so funny.

The speed of sound in air at 20°C is about 343 m/s (also known as Mach 1). This explains the game you may use to play as a child: from the strike of a lightning bolt, count the seconds until you hear the thunder, then divide the number of seconds by 3 and find out how far in kilometers the lightning bolt was from you.

But that’s pretty much all the average Joe knows. As engineers, we know we need to understand fluid behavior much better. For example, we know that with many nozzles as well as on passenger planes, we reach transonic conditions (about Mach 0.8 to Mach 1.2). This means that, although the flow in the distance or the airplane speed is sub-sonic, the local speed will become supersonic due to the geometry of the nozzle throat or the curvature of the airfoil accelerating the flow. And if you are very lucky, as I have once been, on a flight from Seoul back to Frankfurt, you can actually see the shock front on the wing, like in a Schlieren image. Here the refraction of the light slightly blurs or creates a kink in some contrasting background, as highlighted below. You might say it is a scratch on the airplane window, but it was actually moving and sometimes a thin line, sometimes multiple or a broader blur. The difficulty is to capture it as the actual shock is in a different focal plane than the background. So you either get a sharper line and a blurred background or a sharp background and a blurred line, as you can see.

But even below sonic speed, the flow regime is split into two ranges for easier consideration with different calculation methods. Up to around 30% of the speed of sound (Mach 0.3), the flow can be considered incompressible. That’s up to around 103 m/s (370 km/h or 230 mph). Above that, the flow is considered compressible. Once you reach the speed of sound, and Chuck Yeager could tell you a story about that, you face completely new problems. Suddenly the engineering world looks quite different, as this documentary shows.

Supersonic and boooom it goes…

But since we are part of the human race, not even the sky is the limit for us (for example, exploring Mars) – we crave more. Just 6 years after Chuck broke the sound barrier in 1947, he achieved Mach 2 (twice the speed of sound). Now, these were all test flights, but once achieved and engineers gained valuable insights from these tests (CFD calculations were still Science Fiction back then), they were able to develop the first production planes capable of supersonic speed. The CL-13 Sabre was the first production military plane capable of supersonic speed and flew for the first time in 1950. There have only ever been 2 supersonic planes capable of taking passengers on a commercial flight. They were the Tupolev TU-144 and the Concorde. The Tupolev was grounded after some accidents, and we probably all remember the tragic accident of the Concorde which also brought this era to an end.

But as you might have heard in recent years, multiple companies are trying to revive this capability for commercial airlines again as well as for private jets. If you want to know more about what it takes to build a supersonic aircraft, listen to this podcast.

One important thing that engineers discovered is the impact the aerodynamic shape of the object has on the drag and lift under transonic and supersonic conditions. The higher you go at subsonic conditions, closing in on the transonic flight, the better swept wings perform with respect to their Lift to Drag ratio (L/D) and other parameters.

But there are also other design parameters, such as the Whitcomb area rule. It was found that the wave drag (the sudden drag increase due to the supersonic speeds) is largely independent of the actual shape of the plane if the longitudinal cross-section area changes as smoothly as possible from its tip to the rear of the plane. In fact, two different airplanes with the same cross-sectional area distribution can have the same wave drag, and with that, the designs could look very different in shape, as long as the cross-sectional area is the same. The Whitcomb area rule is valid for transonic speeds. Nowadays, that rule is not applied anymore as jet engines have enough brute force to overcome that drag increase. In commercial supersonic jets, however, it might become of interest again as it helps to reduce fuel consumption and emissions for long flights.

But what about hypersonic?

Well, that’s an even bigger beast to tackle.

There is not a clear-cut definition of which speed defines hypersonic. Supersonic starts with reaching the speed of sound and that is defined by the properties of the fluid. Whereas for hypersonic, it is a fuzzier definition of where it is considered to start. Generally accepted is, everything above Mach 5 is considered hypersonic. The reason there is a vague range, is that there is no specific barrier like the sound barrier. The sound barrier creates the shockwave everyone is so desperately trying to avoid reaching the ground during a flight at supersonic speeds over land.

Hypersonic, however, is defined by specific phenomena that start to appear in that range. The key phenomena are the dissociation and ionization of the fluid around the vehicle, but these two also appear at different speeds. At these speeds, the ideal gas laws no longer describe the equations of state, and a real gas model must be used. There are also other effects that are seen, but these two are the key ones usually considered.

Such effects pose increasing design issues when considering the material of the airplane’s hull or rocket, as the aerothermal heating is increased due to the dissociation of the gas as well as its ionization. This in turn, impacts the flow, and the material of the plane can act as a catalyst for the disassociation as well. But even at supersonic speeds, aerothermal heating (heating due to the conversion of the body’s kinetic energy through air friction and compression) can drastically impact its design.

The SR-71 (the fastest piloted jet aircraft in the world), for example, has special expansion gaps designed into the structure as the skin temperature at Mach 3 can reach over 316°C (600°F). That’s why roughly 93% of the plane is made of titanium, as it has better thermal properties than the usually used aluminum.

“Fun fact: The SR-71 was designed and built during the Cold War as a strategic reconnaissance aircraft (hence the SR). Ironically, the titanium used to build the 32 SR-71 planes, came from the Soviet Union.”

The SR-71 grows 7.5-10cm (3-4 inches) in length due to the thermal expansion of the titanium under the skin temperature during flight. And since it is not possible to use a fuel bladder in the plane, the plane leaks fuel whilst on the ground.

The hypersonic effects also impact other factors of the plane, such as maneuverability and the propulsion system. But numerical methods can also have their difficulties dealing with calculations at such speeds if wrong methods are applied that would create errors in the representation of the physics such as the Carbuncle Effect.

For hypersonic planes, typically the Scramjet (Supersonic Combustion Ramjet) is the propulsion system of choice. However, those are also still in an early phase of development as the technology is not as mature as regular jet engines. In addition, the sub to supersonic speed range during the start and landing of the plane is below the operating range for such engines. This means a combination of engines would need to be used. Turbojets typically work up to around Mach 4, Ramjets operate between Mach 3 and Mach 8, and Scramjets operate somewhat above Mach 4 to Mach 5. As you can see, there is a range of Mach regimes that need to be bridged with different engines, depending on the final desired maximum speed.

Of course, for hypersonic freight transport, passenger comfort is less of an issue 😉 and a launch from a plane can be conducted as well as from the ground. In the initial stage to bring the missile to the speed where the Scramjet starts operating, rockets can be applied as a boost either from the ground or from an airplane, as it was done with the NASA X-43. Also Hypersonix, an Australian start-up, which designs a new launch platform for satellites uses this approach.

But besides hypersonic planes, also rockets flying into space as well as capsules re-entering the atmosphere are experiencing hypersonic flows. Here the difficulties lie often in the body interactions of shock fronts or the various orientations of the re-entry capsules during the re-entry, as they are not designed with high maneuverability in mind. In space, the capsule does not face any atmospheric resistance, but as soon as the capsule touches the atmosphere in its atmospheric braking maneuver, the air molecules experience the mentioned hypersonic effects, and extreme heat is created. This heat requires heat shields, such as applied on the Space Shuttle where a damaged tile caused the tragic loss of the Clumbia and its crew. The examples below show simulations using Simcenter solutions, part of the Xcelerator portfolio, to visualize the effects.

And if you’re curious about the speed records nature and humans have set up (from slow to hypersonic fast), then you might find this infographic interesting.

Podcast – What it takes to build a supersonic aircraft

Mitigating the Carbuncle effect for hypersonic CFD… June 3, 2021 "If you can't fly em, you go design em"- Every CFD engineer who dreamed of becoming an astronaut Some of…
ZONA Technology Inc. joins Siemens to support… July 15, 2022 Siemens announces its acquisition of ZONA Technology Inc., a specialist in aeroelastic simulation software, and plans to integrate its products…
10 insights from rocket CFD for a mind-blowing moonshot July 29, 2021 This is your guide to a successful moonshot project - with 10 insights that only rocket CFD (Computational Fluid Dynamics)…

This article first appeared on the Siemens Digital Industries Software blog at https://blogs.sw.siemens.com/simcenter/i-feel-the-need-the-need-for-hypersonic-speed/