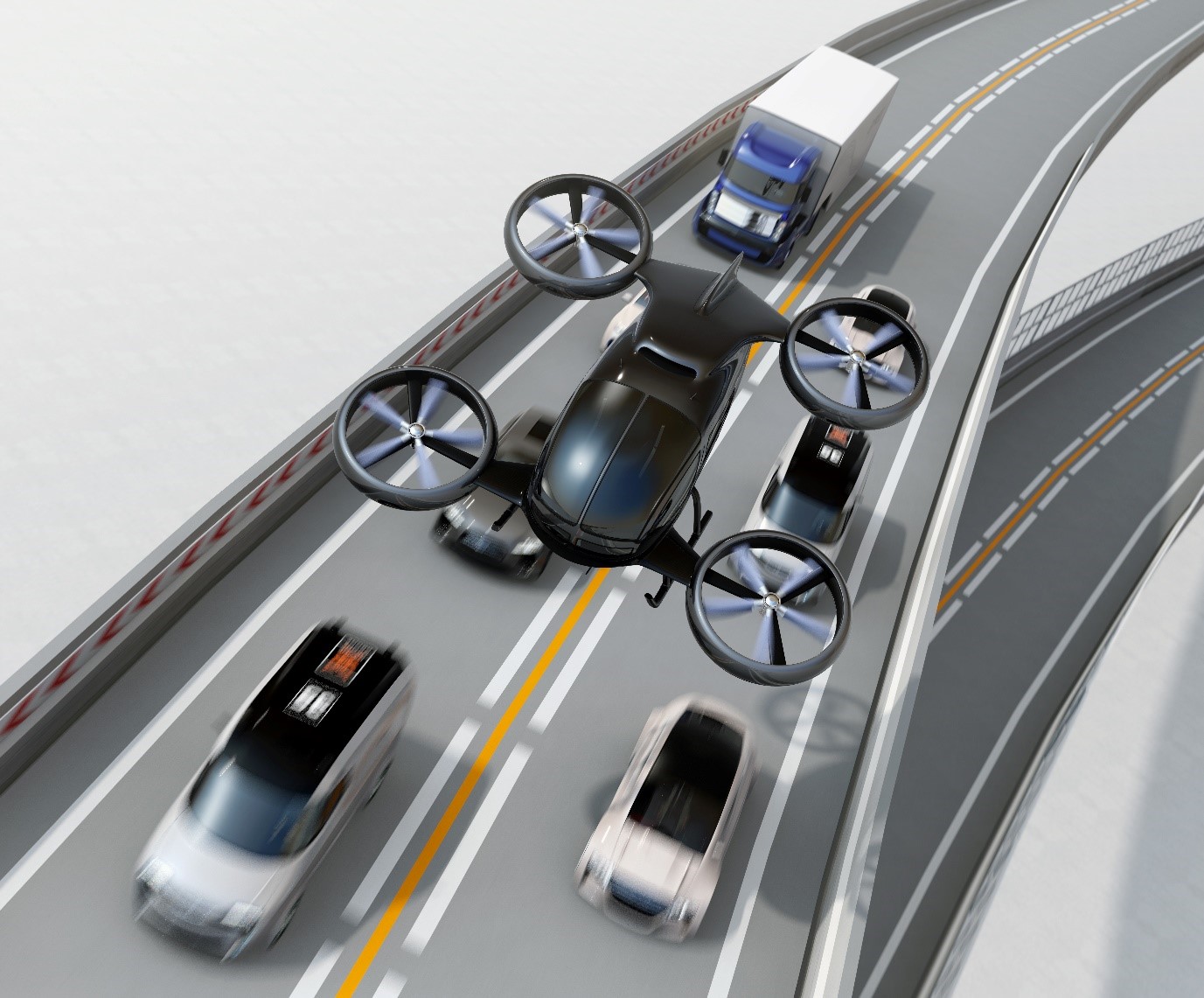 Electric cars have been gradually becoming more popular over the last decade. There are now almost 6 million electric cars worldwide. The numbers are only going to increase faster as they become more affordable and battery technology improves further. Provided the electricity used to power these vehicles comes from renewable sources, this will have a huge impact on reducing carbon emissions across the world.

But whilst the electrification of ground transport continues to gather pace, we must also look to the air. The global aviation industry makes up 12% of CO2 emissions from all transport, and 2% of all human-induced CO2 emissions.

Air travel has made the world smaller. We are able to make journeys in just a matter of hours that would previously have taken weeks or months. But as road transport cleans up its act, the spotlight will shine brighter on aviation. There is already increasing pressure to reduce the emissions created by this industry.

The world is now accustomed to affordable flights to any part of the globe. Changes to consumers now, such as restricting movement or increasing prices will not be accepted easily. Limiting air travel to the elite would only serve to widen the divides in society at a time when we should be working towards bringing people closer together. Aircraft electrification is essential not only for the aviation industry but also for the future of our planet.

It’s not simply a case of adapting existing electrical motors designed for ground vehicles and putting them into aircraft. Thierry Olbrechts is the Director of Aerospace Industry for Simcenter Solutions at Siemens. Thierry explains that power density is key. An electric motor for a train has a power density of 1kW/kg, but the required power density for a flying electric motor is around 10 to 15 kW/kg. Quite a jump!

As Thierry points out, there are advantages to electric propulsion units in that they are more reliable and easier to maintain. But the need to increase motor power while reducing mass leads to significant thermal management challenges. Taking away structural mass can also compromise the structural stiffness of the motor, with a negative effect on the electromagnetic efficiency.

The answer to solving these problems lies in the digitalization of engineering processes to speed up and improve electric aircraft development.

Part of Siemens’ Xcelerator, Simcenter is a portfolio of simulation and testing solutions designed to support exactly this sort of digital transformation. As the following video shows, when engineering teams use static and document-based communication it’s difficult to get a clear picture of how each individual part of an aircraft will work together. Simcenter tools provide a scalable and collaborative solution for dynamic, model-based systems engineering. By creating a digital twin of the complete aircraft, engineering teams can see how their systems interact with each other. This allows for a much faster development process as they can quickly simulate and test different configurations as they work towards the optimal overall design.

Developing the future of flight

One company that has embraced digitalization in their drive towards electric aircraft is VoltAero. They have developed an electric hybrid plane that can travel up to 200 kilometers on electric power only. The current Cassio-1 prototype is able to transport two passengers. VoltAero however, are working on a ten-passenger model and hope to be developing a 50-passenger aircraft in the near future.

CEO Jean Botti explained that Simcenter tools have been contributing to the success of his company. Engineers have been able to design the electric engine and batteries and simulate the entire plane within the software. Once they built their first physical model, they carried out test flights where they recorded performance data and characteristics. These were then fed back into the virtual model to inform their future design changes and speed up the iteration development process.

Another crucial aspect of this new aircraft is eliminating electromagnetic interference. With 800 volts and several hundred amperes traveling through the circuits of an electric plane, sufficient insulation is needed to isolate systems and prevent electromagnetic interference problems. Using Simcenter Amesim and Simcenter 3D Electromagnetics solutions, VoltAero engineers can create a digital twin to help them design the safest possible aircraft. They also use Simcenter tools to predict the overall performance of a battery throughout its lifecycle. The software analyzes electrochemical behavior to understand the charging and discharging cycles and the sometimes-large thermal exchanges where the battery integrates with an airplane system.

“Today, there are tools that perform so well: I think that we could even avoid having to continue to break aircraft wings.”

You can find out more about VoltAero’s developments by watching this interview conducted by Stephane Bellec of Infopro Digital Stories. The video features Jean Botti and Thierry Olbrechts alongside Christophe Ricci, Siemens Virtual Product Presales Manager.

Another company using Siemens solutions to improve their development of aircraft is Bye Aerospace. Read this case study to see how they combined NX, Fibersim and Simcenter to enhance their productivity with 66% fewer staff. In this on-demand webinar, Bye Aerospace experts share their firsthand experience using a “fly-it-before-you-build-it” approach.

Electric air travel is also the future of urban travel. In recent years this has sparked the emergence of a new industry – Urban Air Mobility (UAM). Electric vertical take-off and landing (VTOL) aircraft are being developed by companies such as Volocopter. They are aiming to provide fast, clean transport within and around cities. These aircraft are much smaller than planes but still present many challenges in development. Check out our podcast from earlier this year where we looked at power density and thermal management in eVTOL aircraft.

Want to find out more about the challenges of aircraft electrification? Discover how a model-based systems engineering approach is the answer. Download our whitepaper and learn how to build a digital twin to overcome thermal management and electrical system integration challenges.

Veering Off Course: Transportation Emissions & The Climate… January 11, 2022 Can significant parts of transport be decarbonized with existing technology? What are the barriers?
Keeping the lights on in a Climate Emergency December 1, 2021 In the midst of climate emergency 63% of our electricity still comes from burning carbon dioxide belching fossil fuels, that…
Industry 5.0 already??? January 19, 2022 We spoke to KU Leuven industrial research manager Dr. Bert Pluymers to see what this all means for the future…
This article first appeared on the Siemens Digital Industries Software blog at https://blogs.sw.siemens.com/simcenter/digitalization-for-aircraft-electrification/