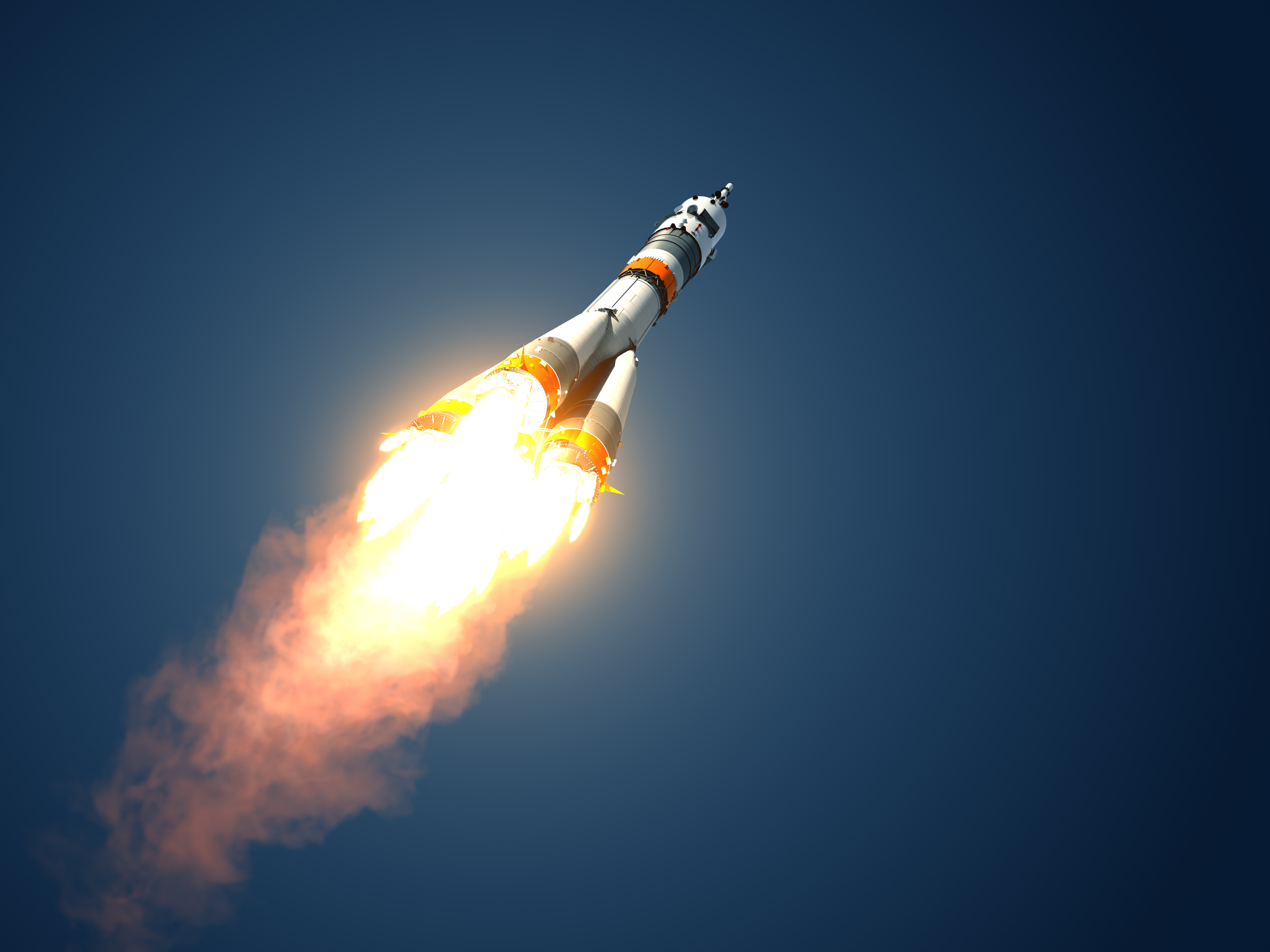 Much has been written and published on Direct Field Acoustic Noise (DFAN) testing of space hardware. Meanwhile, significant advances in loudspeaker and digital control technology have also led to more DFAN testing as an alternative to traditional reverberation chamber qualification testing.

Let’s put everything back together and see where we came from and where we are today.

For loudspeakers placed in an ordinary room, one can also identify zones where the direct or reverberant field dominates. Close to the source, the direct field is dominant, while far from the source, the reverberant field is dominant. The distance measured from the speaker where the transition between the two occurs is called the critical distance of the speaker. This is illustrated in the picture below.

Knowing this direct field is not only interesting when designing concert halls or audio control rooms, but it can actually also be used to directly expose objects to it and use that as a means to excite structures to simulate acoustic load environments, such as the extremely violent noise when a satellite is launched into space. Hence the name Direct Field Acoustic Noise or short DFAN testing.

The idea of using loudspeakers has been around since the late 1960s, but it was not until the late 1990s that the first experiments to validate the method began. Since then, and after many research projects, successful testing has been conducted, and it is now considered an acceptable method as an alternative to traditional Reverberant Field Acoustic (RFAN) testing. A DFAN test arrangement on a reflector shell of an antenna subsystem at Thales Alenia Space is shown in the picture below.

Again, what were the main challenges?

The requirement of most concern was actually reaching the high-intensity acoustic test environment inside the protective fairing on top of the launcher of up to 146 dB OASPL using commercial loudspeakers. This is almost the noise of a jet take-off measured at a distance of 30meters.

Another critical challenge is to ensure uniformity in the acoustic field. A well-known phenomenon is local hot and cold spots in the direct acoustic field due to constructive and deconstructive interference from the sound waves, respectively.

How were they resolved?

The significant progress achieved recently on commercial loudspeaker technology has allowed approaching qualification levels up to 147 dB OASPL.  The level of noise that must be produced and the size of the acoustic volume required for the test specimen determine the number of loudspeakers. If higher levels are needed, the traditional reverberant chamber method will currently have to be used.

The necessary field uniformity is achieved by using Multi-Input-Multi-Output (MIMO) ) narrow-band control algorithms, the right selection of control microphone positions, and an optimal loudspeaker configuration. The next video shows a DFAN setup comprised of 96 loudspeakers stacked in 12 columns and adequately positioned in a circular configuration, and 96 amplifiers that deliver the required power to generate a 147dB sound field. The setup uses Simcenter SCADAS fitted with a MIMO controller combined with Simcenter Testlab. Sixteen microphones around the test specimen are used to measure the sound field and generate corrected drive values to create a homogenous acoustic.

Digital Twins for de-risking the test

In preparation for DFAN tests, simulations can be used to design and optimize the setup for a more efficient test. Digital twins can help to define the number and type of speakers needed to provide the required acoustic energy to reach the desired sound level. It can be used to determine the position of the speakers as well as the number and position of the control mics to improve the uniformity of the acoustic field. To overcome over-testing, the actual test can be simulated to calculate the structural responses on the test item itself to ensure levels will not be exceeded and allow for the anticipation of response limiting.

An example of a pretest simulation using a comprehensive digital twin for a DFAN test on a reflector of an antenna is shown in the video below. In preparation for this test, the setup was designed in Simcenter 3D, including the arrangement of the speakers and the position of the microphones and test item. Then the performance was predicted, including the uniformity check of the acoustic field. Finally, a complete test was simulated all the way down to calculating the acoustically induced loads on the test item itself.

What about guidelines for conducting DFAN testing?

Space agencies and launch vehicle producers are currently tough to create the necessary guidelines for the industry to conduct a DFAN test correctly. ESA, European Space agencies, and technology companies like Siemens are working on an ESA DFAN handbook for space hardware. As of today,  NASA-HDBK-7010 is the only document that provides some guidelines.

There is no doubt that this innovative technology is gaining fame. The technical progress and convincing results on the one hand, and the economic and flexible benefits on the other, have attracted the attention of the space industry. In certain regions such as the US, this alternative method is already used to validate and qualify components and systems in the military and aerospace industries. With some delay, Europe and Asia are now catching up and are also starting to request service projects and even full DFAN  test systems.

Whether you are looking for a solution to qualify your precious item using the trusted traditional methods or you are moving forward with more versatile and innovative technologies such as DFAN, our leading position in mechanical qualification testing and our continuous drive for innovation make that we can offer you state-of-the-art solutions and services that far exceed your expectations.

New DFAN (Direct Field Acoustic Noise Testing) as a service… July 12, 2021 How many decibels (dB) are emitted during a spacecraft launch? According to NASA, the answer is up to 220 dB.…
Spacecraft acoustic testing: safe and sound into space September 19, 2022 Read about spacecraft acoustic testing, satellite testing, dynamic environmental testing, and other space-related physical tests here.
4 Simcenter Presentations at the Shock and Vibration… August 29, 2022 Attention structural dynamics and vibrations engineers – the 92nd Shock and Vibration Symposium is coming up on September 18-22, 2022…
This article first appeared on the Siemens Digital Industries Software blog at https://blogs.sw.siemens.com/simcenter/dfan-testing-resist-the-direct-acoustic-field-for-a-ticket-to-space/