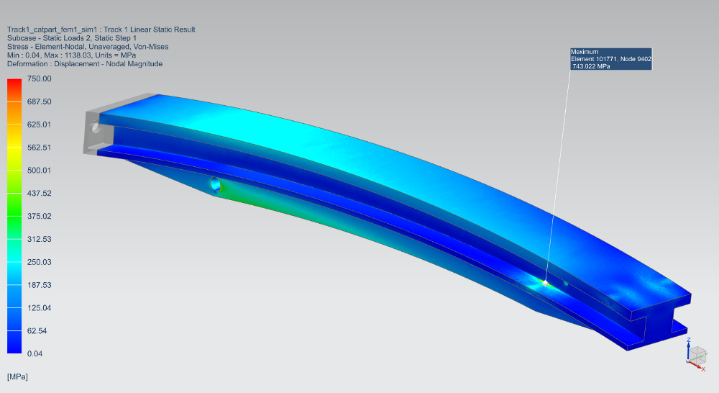 The aviation industry is living its golden age with record passenger traffic and tremendous growth – air traffic is expected to be doubled in the next 15 to 20 years! However, this positive outlook comes with major challenges. The aviation contributes around 2 % of emissions of global carbon dioxide, which is one of the main greenhouse gases responsible for climate change. With the expected increase in the air traffic, the impact of aviation on the environment will become even harsher. In order to get the aviation industry moving forward, we need a new generation of aircraft that is more efficient and silent: Clean Sky Joint Undertaking (CSJU) has been founded as a public-private partnership between the European Commission and the European aeronautics industry. Being the largest aeronautical research organization of Europe, CSJU manages the Clean Sky 2 Programme, which targets a 75% cut in CO2, a 90% reduction in NOx and a 65% reduction in noise by the year 2050. This means an overall more efficient and greener aircraft from aerodynamics to propulsion. Prompt action is required to achieve a greener air transportation (see e.g. IATA Technology Road Map, Figure 4 on page 8, showing the target of 50% reduction by 2050), and innovative technologies are the key towards achieving success.

The European research project Airgreen2, coordinated by CIRA, is part of the Regional Aircraft programme of the Clean Sky 2. In alignment with the targets of Clean Sky 2, Airgreen2 aims to develop concepts and innovative methodologies for the development of a next-generation adaptive wing profile. Morphing wing technologies, inspired by nature, offer a great potential in terms of increased aerodynamic performance, increased fuel efficiency and decreased negative impact on the environment. With novel morphing mechanisms, the aircraft performance can reach levels unachievable with any conventional design. As a part of this project, Siemens Digital Industries Software has designed an innovative deployment mechanism for a natural laminar flow wing equipped with a morphing trailing edge flap. The objective is to design a deployment mechanism which minimizes its contribution to the wing drag, while simplifying the kinematics.

The design of complicated engineering mechanisms poses a challenge to the engineers and generally requires many iterations until the final design is obtained. In order to automate and streamline this procedure and address different design challenges, a design methodology has been developed that comprises various mechanical design and simulation software. An overview of this methodology is illustrated below in Figure 1. As can be seen, multi-body analysis (Simcenter 3D Motion), structural analysis (Simcenter Nastran) and parameter optimization (HEEDS) tools are integrated within the developed simulation methodology and are applied to the design of the deployment mechanism.

Figure 1: An overview of the framework for virtual component design and optimization.

The design started with a preliminary investigation to determine the best kinematics, which simplifies the mechanism and does not influence the natural laminar flow on the wing. These investigations, conducted in collaboration with ONERA (wing & flap aerodynamic design) [1] and UNINA (morphing flap design) [2], led to a roller-track mechanism fully embedded in the flap and is composed of four tracks, four roller carriages and two ball screw drives, as shown in Figure 2, with a close-up of the deployment tracks in Figure 3. The distinctive aspect of this design is that it deploys the flap to take-off position and utilizes the morphing capability of the flap to achieve the aerodynamic performance for landing [3]. As a result, the deployment mechanism is fully enclosed inside the flap, which helps reducing the wing drag by allowing the removal of external fairings and pods. Figure 3: A close-up view of the deployment tracks in the multibody model.

With the help of Simcenter 3D Motion, 2 nominal load cases and 20 failure cases were analyzed and loads at the component interfaces were extracted. Using the modal reduction, the compliance of the components was already introduced even at this early stage of the design. Afterwards, the load cases selected for each component were used for component sizing. HEEDS was used in conjunction with the Simcenter Nastran linear structural solver to minimize the mass of deployment tracks while satisfying the structural safety factors. As a result, the lightest track design within the given geometrical and structural constraints were determined. The optimal section and von Mises stress distribution can be seen in Figures 4 and 5, respectively, for Track 1. As the final step, the optimized geometries were assembled back for the verification of design loads and ultimate structural limits. For this purpose, the Simcenter 3D Multistep Nonlinear Kinematic solver (SOL402) has been used. Since the non-linear finite element solver combines the kinematic joints and constraints with the non-linear structural model, it is possible to determine the component loads and plastic deformation of the structure at the same time for the critical load scenarios, such as jamming of actuators and carriages during deployment and retraction. Moreover, it is verified that the ultimate structural limits are not exceeded.

In conclusion, a simulation methodology for the design of a trailing-edge flap deployment mechanism has been established as part of the European research project, Clean Sky 2 REG-Airgreen2. The methodology enables a semi-automatic design process that includes the identification of the component interface loads, sizing of the components within an optimization loop and performing non-linear validation analyses. As a result, a deployment mechanism fully enclosed inside the flap has been designed, which helps reduce the wing drag by allowing the removal of external fairings and pods. This leads to decreased fuel consumption and helps to achieve the environmental targets of the Clean Sky 2.

[3] A. E. Ongut, E. Allegaert and Y. Lemmens, “A Simulation Methodology for the Design of Trailing-Edge Flap Deployment Mechanism,” in NAFEMS CAASE The Conference on Advancing Analysis & Simulation in Engineering, Cleveland, Ohio, 2018.

Veering Off Course: Transportation Emissions & The Climate… January 11, 2022 Can significant parts of transport be decarbonized with existing technology? What are the barriers?
5 easy ways to cut YOUR carbon footprint May 30, 2022 To avoid the worst effects of the climate emergency, we will have to reduce our individual emissions to zero in…
Keeping the lights on in a Climate Emergency December 1, 2021 In the midst of climate emergency 63% of our electricity still comes from burning carbon dioxide belching fossil fuels, that…
This article first appeared on the Siemens Digital Industries Software blog at https://blogs.sw.siemens.com/simcenter/developing-a-novel-trailing-edge-flap-mechanism-with-simcenter-3d/