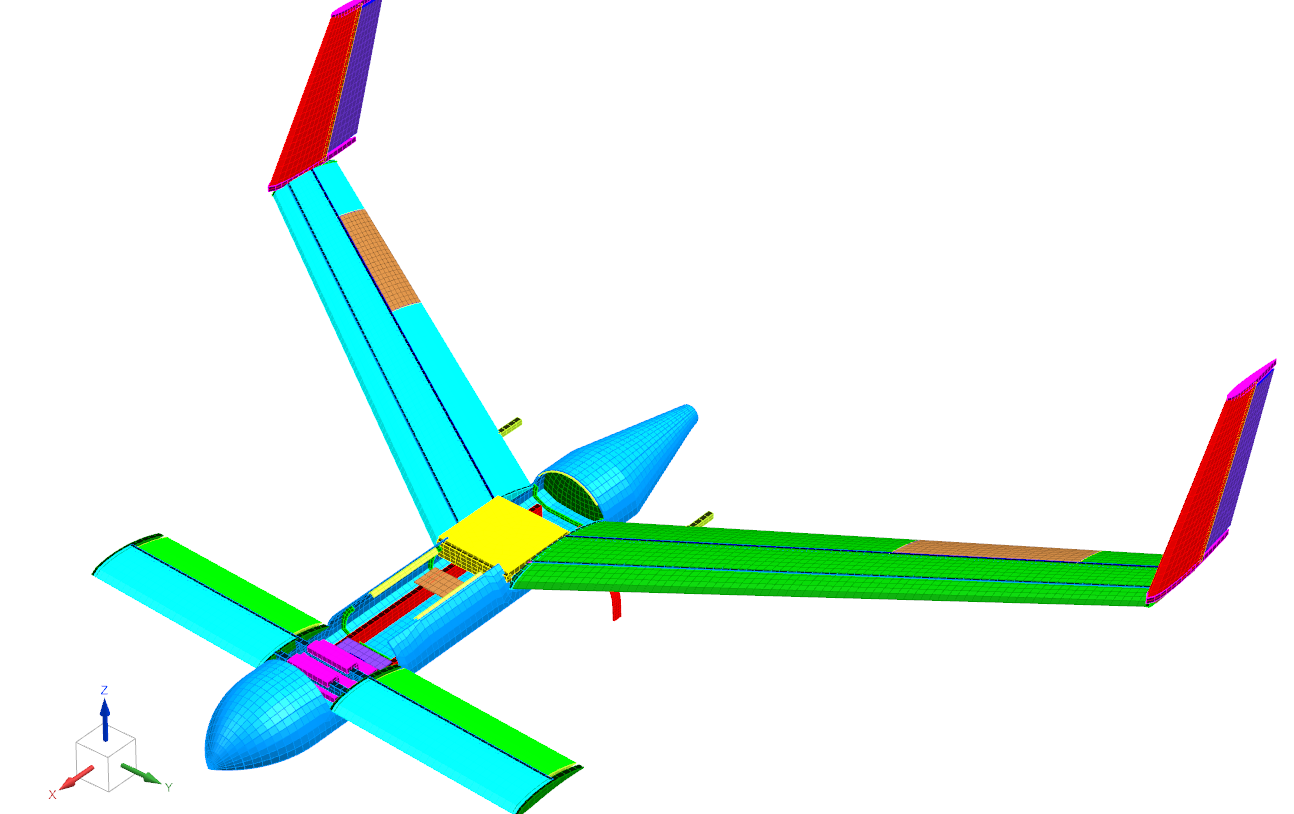 Indeed, within all means of transport, aviation accounts for most of the CO2 emissions and non-CO2 emissions per km traveled. With the current trends and ecological situation, the sector needs a drastic change. However, turning toward sustainable aviation is not that easy for aircraft manufacturers.

Over the last decades, engineers have perfected today’s kerosene-powered aircraft. To achieve a cleaner propulsion system, the improvements done in the past are meant to undergo new challenges.

As an engineer, your role today is to understand the adjustments required in your aircraft structural design processes to meet the sustainable aviation goal.

Various aeronautic actors have been taking action toward this new perspective. We have seen some promising trials and test flights of electric vertical take-off and landing (eVTOL) aircraft with distributed electric propulsion (DEP).

Yet, to meet sustainable aviation requirements, conventional aircraft must endure more architectural and system modifications. Recent electric aircraft trials have had positive outcomes, but also pointed out considerable areas of improvement in aircraft design, such as:

You must adapt the characteristics of these elements for your aircraft to reach successful physical testing. The current airframe design does not take advantage of the potential offered by new energy vectors and propulsion systems. The most cost-effective way to achieve an adapted aircraft structural design is to analyze data through a high-fidelity digital twin approach.

Align with the European Green Deal

With the goal of becoming the world’s first climate-neutral continent by 20502, the European Union is working on the legislative aspect, which could create constraints for aircraft manufacturers.

The aim is to reduce emissions by at least 55 percent by 2030, which implies huge changes for the aviation sector, such as an update of the EU Emissions Trading System, the creation of the ReFuelEU Aviation proposal and the revision of the Energy Taxation Directive.

The free allowances given to aircraft operators will gradually be removed from 2024 to 2026, until a complete stop in 2027. Flying with kerosene will become more and more expensive, as the European Commission aims to reduce the annual emissions by 4.2 percent, instead of the current 2.2 percent annual drop.

The Energy Taxation Directive has proposed to increase taxes on aviation fuel for flights within Europe. This tax would increase year after year, over a 10-year period, until it reaches the amount of €10,75 per Gigajoule. Synthetic aviation fuels (SAF), including renewable hydrogen and advanced biofuels, would not be subjected to those taxes.

The timely and cost-effective certification of new aircraft has relied heavily on historical knowledge of the last decennia, improving incrementally from aircraft to aircraft.

The transformation to a more sustainable way of flying requires innovation at a level to which the certification process is historically not adapted. Safety and sustainability have become competing paradigms. Digitalizing the certification process, frontloading simulations to capture failure modes early on and de-risk the design, combined with using simulation to test more efficiently offers a way out.

Digital processes bring together design, flight physics, dynamics, stress and fatigue simulation and test teams in a way that was previously not possible. More designs can be evaluated, loads are available earlier and the loops between flight physics and structural design teams run more efficiently.

To find out more about Simcenter simulation and testing solutions for aircraft structural design and analysis, read the white paper and attend our LIVE webinar on December 6:

Integrated safety approach to tackle eVTOL crashworthiness June 11, 2021 Find out how Simcenter Madymo and HEEDS help the National Institute of Aerospace Research (NIAR) to tackle eVTOL emergency landing…
Will the next-generation aircraft meet the challenges of… September 4, 2020 Join aviation expert Raphaël Hallez to discuss the challenges of airworthiness certification in next-generation aircraft. The world of aviation is…
Veering Off Course: Transportation Emissions & The Climate… January 11, 2022 Can significant parts of transport be decarbonized with existing technology? What are the barriers?

This article first appeared on the Siemens Digital Industries Software blog at https://blogs.sw.siemens.com/simcenter/aircraft-structural-design-and-analysis/