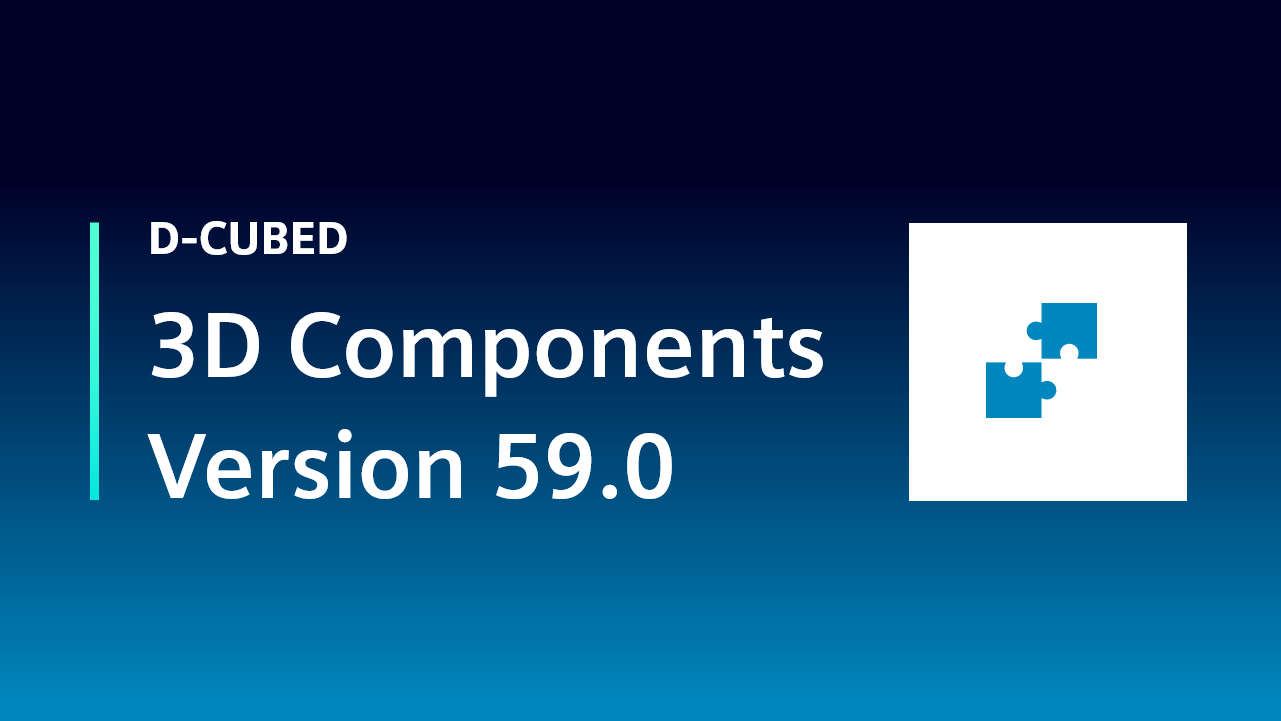 D-Cubed 3D components are integrated by software developers to add 3D modeling capabilities to CAD/CAM/CAE and AEC software applications. These applications are used to design, analyze, visualize, and manufacture products from consumer goods to aircraft engines and commercial buildings.

3D DCM version 59 is now able to automatically divide up unrelated model entities into separate partitions. These will be solved independently during a single call to evaluate or similar, which can result in significant performance improvements for larger models that can be partitioned.

More recent versions of 3D DCM have the capability to use multiple threads within a single 3D DCM instance to perform some relatively limited computations in parallel. With version 59 the capability to benefit from multiple threads with a single instance is greatly extended. 3D DCM can now perform the majority of the evaluate functions in parallel for each partition in a single 3D DCM instance.

When using 3D DCM applications select numerical resolutions to be used in the analysis and solving of dimensions and constraints. These values are defined as a linear resolution and a size value, from which an angular resolution is computed.

D-Cubed CDM (Collision Detection Manager) is a software component that offers collision detection and clearance distance measurement for solid, surface, wireframe and point cloud models. It supports accurate, tolerant and faceted geometry. Used in assembly, mechanism, machining and measurement simulation environments, CDM offers a range of algorithms to interactively detect collisions and compute clearances, even on large, complex assemblies. Performance is particularly excellent for common operations, such as repeated computations on models that are in motion. CDM is compatible with most applications, being independent of any modeler or model format. Key enhancements introduced in version 59.0 of D-Cubed CDM are described below.

Version 59 of CDM has functionality that enables the application to enquire all the close approaches between the faces of a pair of bodies within a given capping distance. This builds upon a preliminary version of this capability introduced in version 58.

The performance of closest approach calculations involving large facet nets has been improved in this release.

D-Cubed HLM (Hidden Line Manager)) is a software component that provides applications with a fast hidden line computation capability. HLM is optimized for solid, surface and wireframe models, with support for accurate, tolerant and faceted geometry. HLM is compatible with most applications, being independent of modeler or model format. HLM accurately computes hidden line views, engineering drawings and technical illustrations of parts and assemblies with exceptional performance, reliability and functionality. Key enhancements introduced in version 59.0 of D-Cubed HLM are described below.

In version 59 of HLM results are more stable for changes to the order in which geometries are added to HLM.

D-Cubed AEM (Assembly Engineering Manager) is a software component that enables applications to simulate the motion of assemblies and mechanisms. It accounts for the mass properties of parts, the motion caused by a range of engineering forces and devices and the interaction of parts as they collide and transmit motion to each other. Key enhancements introduced in version 59.0 of D-Cubed AEM are described below.

AEM has pioneered motion simulations in environments where accurate solid models, not faceted approximations, come into contact and push each other around. This is a more sophisticated process than operating on faceted parts, as there are many more geometry types and configurations involved in computing contact-based motion on full solid parts. The benefits are substantial, including the direct simulation of motion on parts with a geometric accuracy that is suitable for engineering applications, rather than visualization or entertainment. The latest release sees ongoing enhancements to the algorithms used to calculate the contacts when bodies collide.

This article first appeared on the Siemens Digital Industries Software blog at https://blogs.sw.siemens.com/plm-components/d-cubed-3d-components-version-59-release/