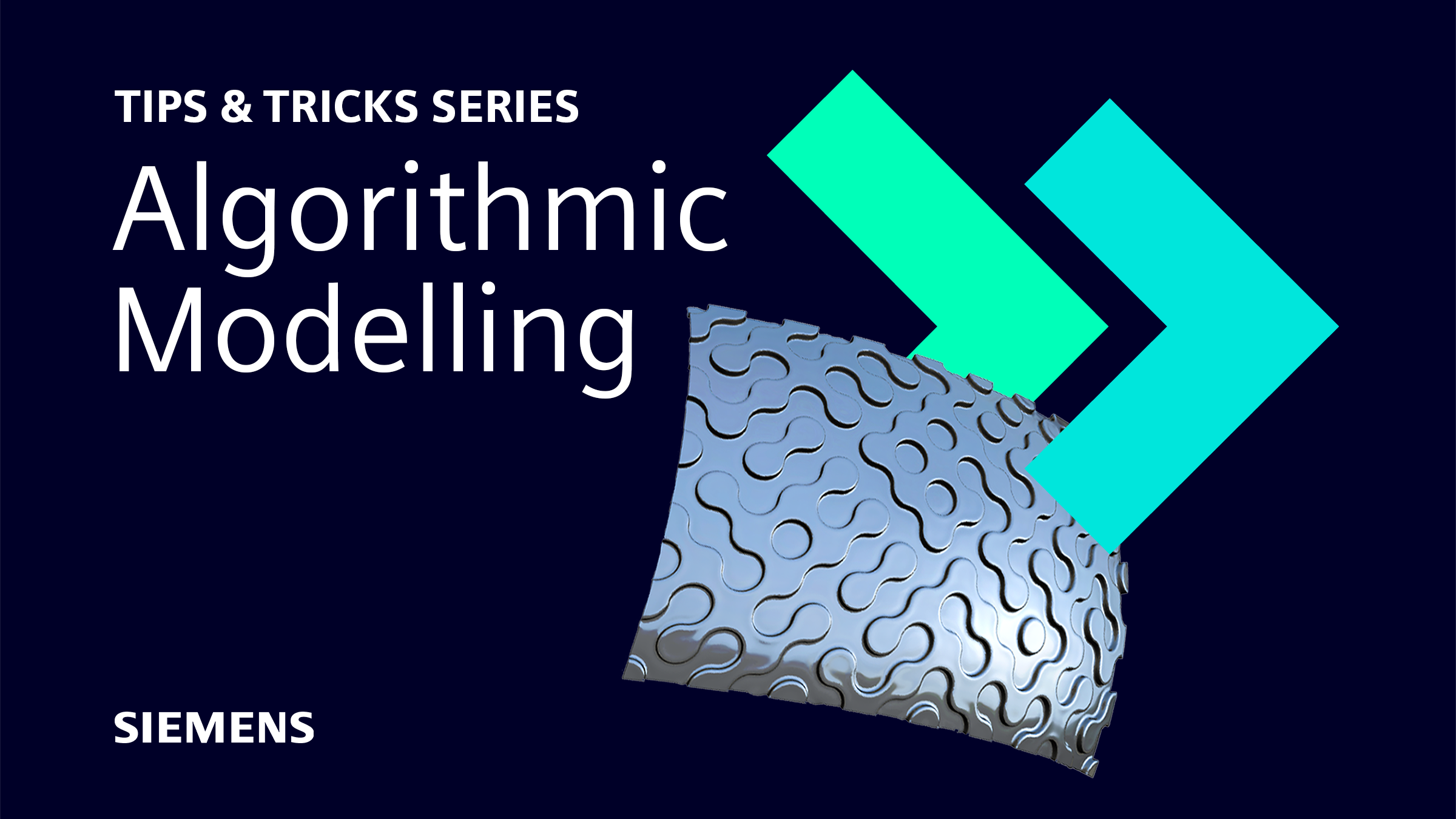 An introduction to Algorithmic Modelling

Gone are the days of simplistic modelling in the world of CAD. When you combine the ever-increasing demands of the customer with the computational processing power of designers across the globe, you get the complex models we are seeing across multiple industries. Sure, products look incredible when they hit the market, but creating these models includes minute and repetitive features for functional and aesthetic purposes; usually these features are difficult to model individually using traditional CAD tools.

What is Algorithmic Modelling?
An intuitive tool to help designers create rule-driven, complex and intricately detailed 3D models that are a true digital representation of a product in a realistic way.

The importance of the Logic Editor

It’s important to remember the importance of the Logic Editor within NX™ software, as it plays a crucial role to allow you to author rules easily. Occasionally, complex logical rules can require several feature operations within the flowchart, i.e. the output from one operation works as the input to the next. NX Algorithmic Features excel as they do not ‘remember’ these temporary construction features that lead to the final set of output geometries. The result? An output which is as light as possible, reducing the demand from graphical and computational power, and laying the groundwork to build complex designs.

So, with that in mind, let’s look at Algorithmic Modelling within NX, and some handy tips to enhance your workflow.

A handy trick to implement into your workflow revolves around predicted nodes. If you mouse button three over the face input port option, you will be given several commands to use to satisfy the port. At this point, you can select from different options, which are automatically added to the rule window. It’s an approach which will enable you to remove the need to move between the rule window and node explorer to find the node to add your rule. Essentially, you can save a lot of time by streamlining the creation of rules.

Snippets are a great way to create custom nodes, which can be re-used. There are two ways in which you can create Snippets; directly from a created group, or without the aid of a group. To do this without the aid of a group, it’s a case of selecting specific nodes > mouse button three > define snippet. This will create a brand-new rule window that includes ONLY the nodes selected previously. All that is left to do is create an input and an output to the Snippet and save to your re-use library. It is a handy tool at your disposal, as these Snippets can be used in future projects, and by team-members to enhance collaboration.

What is a Snippet?
The ability to capture specific segments of an Algorithmic Workflow, ready for re-use”

An interesting tip we would consider implementing into your workflow is the use of Separate List nodes. Let’s look at this in the context of the Spiro tube geometry, as seen in the image to the right. For this setup, two point-lists have been used, resulting in a list of lines being created. The final geometry represents the set of tubes that sit along those straight lines. With the use of Separate List nodes and utilization of True/False, the end user is now able to see the points and lines. It’s a key element to consider, particularly when working on datasets with complex shapes and structures – an architectural piece perhaps?

The question is, why consider implementing any of these tips within your workflow? Well, you’ll be able to build complex, repetitive, rules ‘driven variational shapes in minutes, and add security to protect any IP captured within your rules. It’s a case of easily re-using the algorithmic templates, just like you would with any other re-usable NX feature to create the complex shapes you desire.

Continue your journey with NX

NX 30 day free trial | TAKE ME THERE
Purchase NX | FIND OUT MORE
Want to stay up to date on news from Siemens Digital Industries Software? Click here to choose content that's right for you

Configuring NX for Automatic Updates over LAN March 10, 2021 Welcome to this step by step guide by our NX expert Pat Mcmanus of Product Engineering Software here at Siemens.
Community Spotlight: Candra Diningrat and the Bugatti Chiron… March 8, 2021 Meet Candra Diningrat. NX expert with a full design workflow of a Bugatti Chiron Pur Sport. This plus much much…
NEW: June NX Release Details June 21, 2021 Get in here to see what's new to the next generation of design!

This article first appeared on the Siemens Digital Industries Software blog at https://blogs.sw.siemens.com/nx-design/algorithmic-modelling/