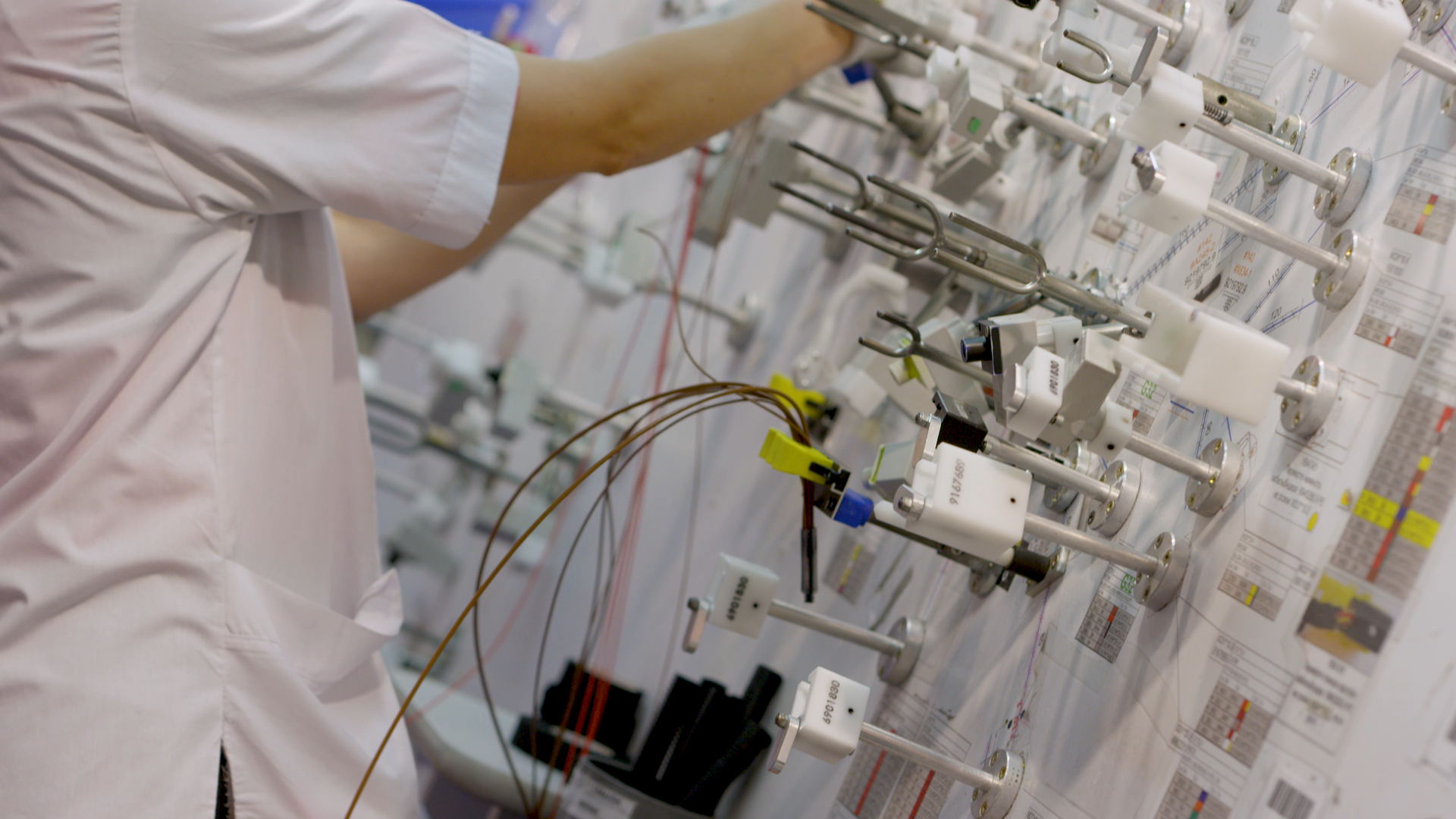 Wiring harness manufacturing is complex, time-consuming and often inefficient. Part of the reason is that formboards play an integral role in wiring harness design and production. During production line setup, workers arrange harnesses on formboards. They drill holes for supporting fixtures and mount them to the formboard. The whole production line is balanced based on given take-time and forecasted take rates. But changes inevitably occur: formboards require updating, production lines need rebalancing or operators need retraining. Overall, it becomes a real guessing game, throwing productivity goals out the window.

The solution to some of these challenges is to merge formboards and enable manufacturing engineers to produce different (but similar) harnesses on a single merged line. This approach frees up available factory space and other resources. But while merged formboards improve the efficiency of individual production lines, the process of merging formboards relies on engineers using manual drawing tools that are not designed to reuse or share data. Even the first step — deciding if two harnesses are good candidates for a merged production line – is a labor-intensive task.

A new group of digital tools are automating formboard management by using data-centric technology, rather than manual drawing tools, to support design and production. Let’s compare how merged formboards are currently designed with how they could be designed using this next generation of data-driven tools.

How merged formboards are currently designed

Merging formboard designs ensures the reuse of most fixture and tool locations, and creates a more efficient production line. Instead of drilling holes and placing fixtures twice, engineers simply adjust the non-common parts of the harnesses. In a merged setup, engineers can handle take-rate changes and produce the required number of harnesses without further changes on the shop floor.

But even merged formboards require engineers to compare drawings manually. Engineers must pay particular attention to parameters such as dimensions, layout, components and their locations, required bundle fixtures and component holders. It’s often hard to find good candidates for a merged formboard. Drawing tools can also make the merge process an onerous chore. That’s why it can take days, or even weeks in the case of big harnesses, to finish the initial merged formboard design.

How merged formboards should be designed

Conversely, a wiring harness design in an automated tool is actually a dataset that can also be represented by diagrams. Each diagram can be styled independently, allowing engineers to create the right graphical representation for each use case. Data, and the corresponding diagrams, remain related to each other for the entire flow.

There are numerous advantages to a digital approach to formboard management, including data continuity and the ability to reuse data. Engineers can compare merge candidates with the click of a button and calculate the actual amount of common content. Knowledge about the harness, which is stored in the data, is readily available and can be applied throughout the merge process. Engineers can access information on the spot, dramatically reducing the time needed to create a merged formboard.

More efficient formboard design can save production line time and money in the increasingly competitive wiring harness industry. An automated tool, such as the Capital Formboard Manager from Siemens Digital Industries Software, enables engineers to transition from a manual approach to one that is data driven. The benefits include better shop-floor decisions, increased profitability and as much as an 85% improvement in formboard design time. To learn more about how to improve formboard design and production through automation, click here.

Looking for even more?

Effective Embedded Software Development in the Midst of… December 17, 2020 Mechanical and electrical engineers have traditionally relied on engineering physics to design, build, and test novel devices and processes. They…
All-electric eVTOL design challenges aircraft manufacturers… February 9, 2022 What's next for eVTOL? In this 3-part series, we have explored the expanding world of electric vertical take-off and landing…
How to improve wiring harness manufacturing efficiency? Let… March 2, 2022 Wiring harness manufacturing is complex, time-consuming and often inefficient. Part of the reason is that traditional electrical and electronic (E/E)…

This article first appeared on the Siemens Digital Industries Software blog at https://blogs.sw.siemens.com/ee-systems/2022/03/09/a-tale-of-two-formboards-how-to-improve-merged-formboard-efficiency/