A photonic IC (PIC) is a device that integrates multiple functions. The best-known example of a PIC is a fiber-optic communications system where data is transmitted through light waves rather than electrical signals. Unlike an electronic IC where the primary device is the transistor, there is no single dominant device in a PIC. The range found on a PIC can include waveguides, power splitters, optical amplifiers, optical modulators, filters, and more.

Most commercial PICs use materials like indium phosphide and lithium niobate. However, silicon photonics uses standard CMOS technology to create PICs. Silicon dioxide-based PICs aim to exploit several potential benefits: The most significant are high-speed data transfer within a silicon die, low-cost manufacturing, and high yield. CMOS processes are much more economical than those PICs have commonly used hitherto because they leverage mature manufacturing technologies and allow fabrication on advanced 8- and 12-inch wafers. Additional processing may be needed for the photonics components themselves, but there is generally no need for extra capital investment.

So, who’s using silicon photonics today, and how?

The trouble with the curve

Viable silicon photonics devices require precisely drawn and characterized curved structures to ensure that the circuit performs as expected for the given wavelength of light that connects the photonic devices (Figure 1). These curved structures differ radically from the Manhattan geometries of electronic circuitry that have been the sole focus of EDA tools until now. This need to deal accurately with curves is one of the most pervasive requirements facing the adaptation of EDA design and verification tools, as well as foundry processes, to the production of silicon photonic devices. 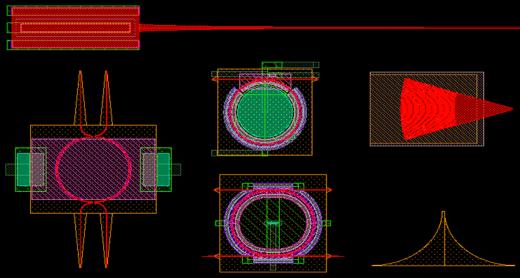 Figure 1 Photonics devices differ from electronic devices in their use of precise curves to manipulate lightwaves (Source: Mentor Graphics)

There has already been a great deal of research into how verification processes – such as design rule checking and layout vs. schematic comparison – can be adapted to silicon photonics [4,5,6]. But what you ultimately get in silicon is still subject to manufacturing variations inherent in the lithography process. What you have drawn, characterized, and even simulated in the verification tools may be very different from what is actually created on the wafer.

Because photonics circuits are extremely sensitive to the exact shapes of devices and waveguides implemented in silicon, lithographic variations must be minimized and accounted for when projecting the behavior of a photonics system. Lithography simulation and hotspot detection capabilities in tools such as Calibre LFD are being extended in collaboration with foundries to ensure that silicon photonics designs can be faithfully reproduced on a wafer within the margins required for the performance specifications.

Calibre LFD uses a design kit provided by a foundry to enable designers to run simulations and obtain an accurate description of how a layout will perform under a specific lithographic process. By identifying lithographic hotspots (areas where the potential variation exceeds a preset boundary) before tapeout, designers can modify the design to eliminate production failures. Let’s look at some examples.

In silicon photonics, lithographic simulation must accurately predict the curves that will be in the manufactured photonics devices. Designers can achieve this by running lithographic simulation on multiple process windows to capture the ‘as-manufactured’ dimensions of the design (Figure 2). This simulation allows them to determine if the dimensions are within requirements, and if the manufacturing variance is within an acceptable range. Addressing these issues during design allows for correction before manufacturing.

The parameters associated with the ‘as manufactured’ simulation results can also be captured and passed back, in the form of device parameters in SPICE, to optical simulation. They are then used to determine the performance impacts of variations in the manufacturing process. Figure 3 shows a device that has been designed with 40nm square corrugations. Using the lithographic simulation of the device in a 3D Maxwell solver tool like Lumerical’s FDTD Solutions, designers can determine if the performance of the simulated device will meet the performance expectations for the manufactured device.

While silicon photonics devices are not yet a common part of CMOS designs, the promise and potential of these systems to revolutionize high-performance and data-heavy applications is becoming ever clearer. By ensuring that EDA tools such as lithography simulators are ready and capable of providing the same level of accuracy available to electronic designs, the EDA industry is already helping to ensure that the benefits of silicon photonics are realized sooner rather than later.

This article was originally published on www.techdesignforums.com

Ease on down the road…why “ease of use” is the next big… March 16, 2022 Ease of use is an important issue when enhancing product functionality and introducing new technology. Calibre Design Systems considers ease…
DAC in December?? A Review of Calibre Design Solutions at… March 3, 2022 Did it feel a bit weird to be submitting research papers for DAC 2022 while packing to go to DAC…
Shining a light on silicon photonics verification June 14, 2021 By John Ferguson, Omar ElSewefy, Nermeen Hossam, Basma Serry We’re all fascinated by light. Light beams shooting from aliens’ eyes,…

This article first appeared on the Siemens Digital Industries Software blog at https://blogs.sw.siemens.com/calibre/2015/04/07/accurate-lithography-simulation-for-silicon-photonics/