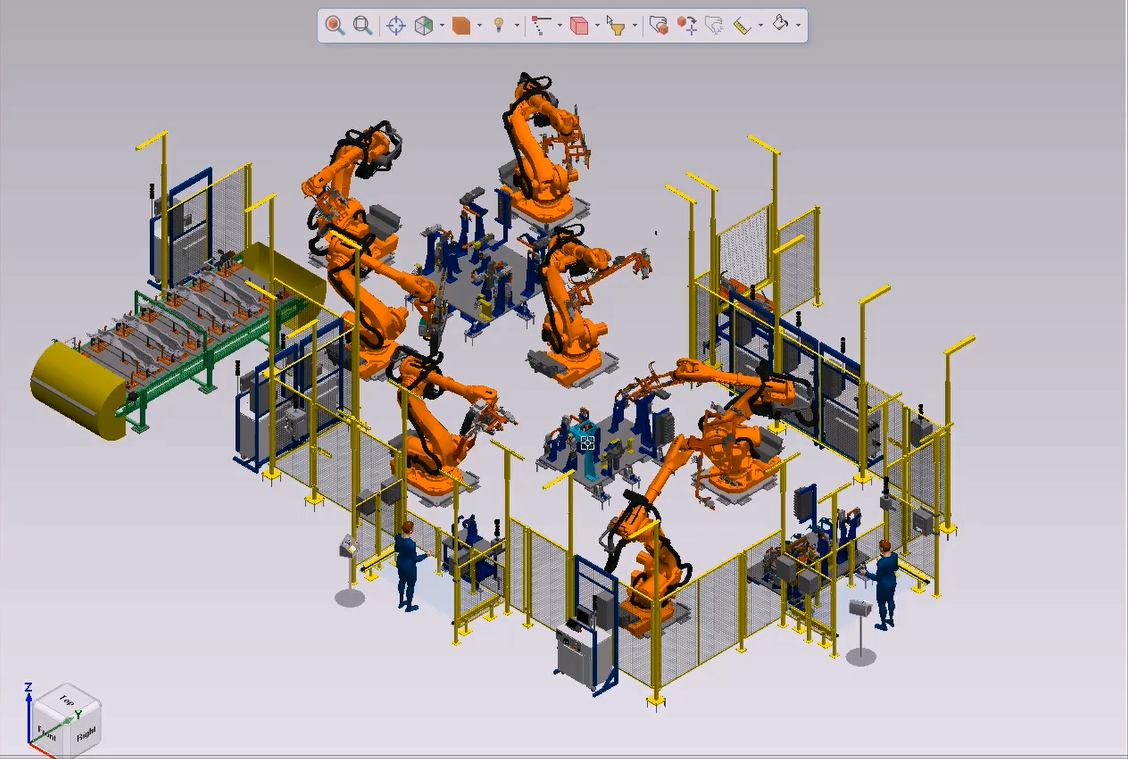 Signal Mapping is a necessary step for Virtual Commissioning simulation. The new rule-based “Connect Signals” command allows users to author their signal naming convention as a set of rules and to execute it easily and for multiple components in a study at will to correctly assign signals to the right Logic Block in an error free and quick way.

Conveyor simulation is made easier with the ability to dynamically source and sink Skids on a conveyor using logical conditions. This allows simulation of a long conveying system with an unknown number of skids as well as a more consistent way of handling both Skids and Parts as Appearances.  Videos created by Ido Rabia, Siemens.

Part detection is a key topic in any simulation based on events and logical conditions. Position Sensors allow both a greatly improved simulation performance of part detection and an ability to include sensors in other equipment directly via their inclusion in a Logic Block. Videos created by Ido Rabia, Siemens. The following set of videos shows how to plan, optimize and validate robotic paint programs in Tecnomatix Process Simulate, starting from defining the coverage patterns, up to the thickness validation of the paint coat layers.

One thought about “Videos:  New features and enhancements in Tecnomatix Process Simulate (Spring 2019)”

This article first appeared on the Siemens Digital Industries Software blog at https://blogs.sw.siemens.com/tecnomatix/videos-new-features-enhancements-in-tecnomatix-process-simulate/