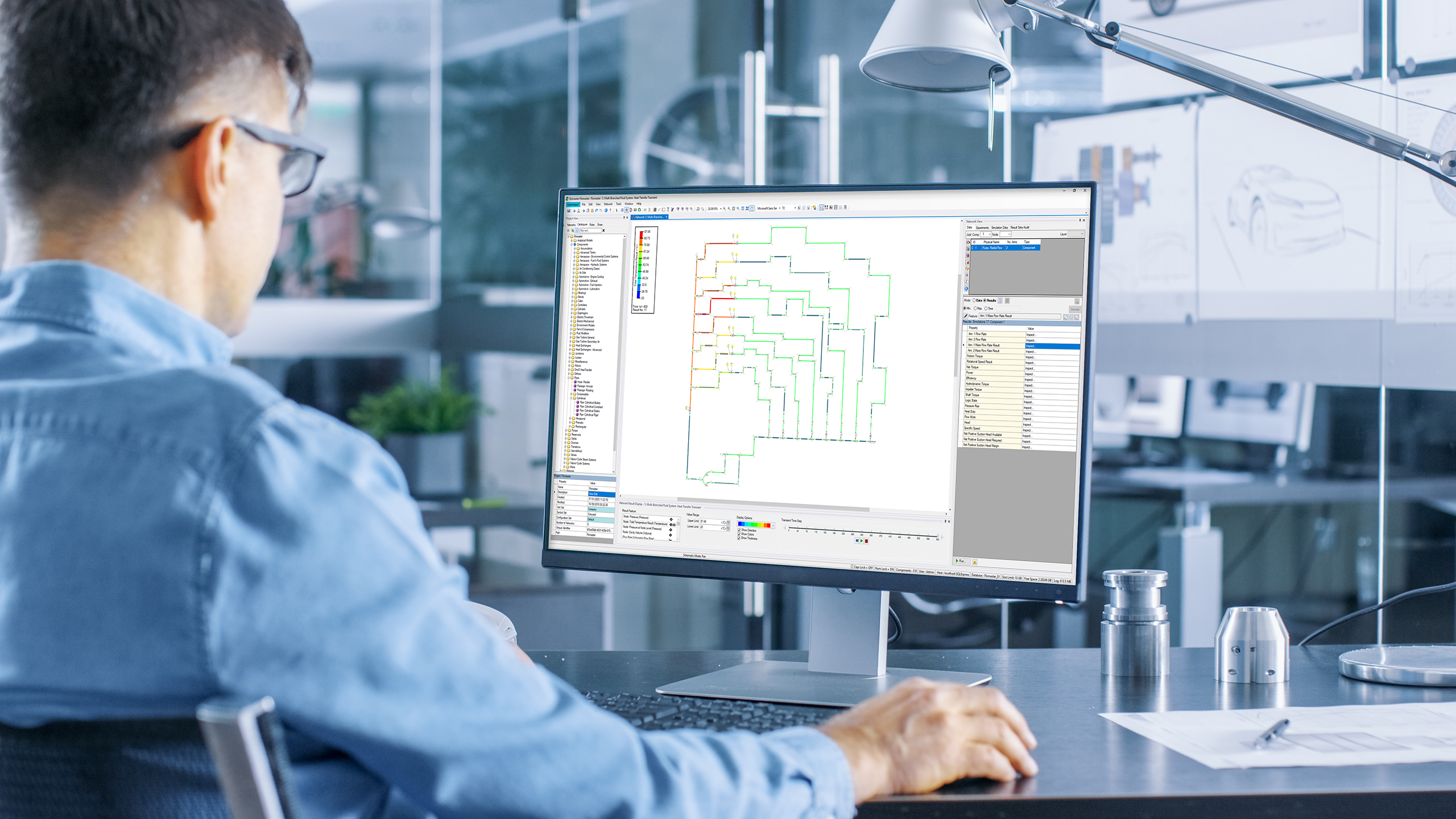 Simcenter Flomaster 2019.3 is the latest release that introduces some significant new capabilities.

Polymer pipes are getting more and more common in different industries. These pipes exhibit a different behaviors during surge events to those made of steel or brass. The pipe wall indeed has a non-linear response to pressure surge: an immediate elastic response is followed by a retarded viscous response. Simcenter Flomaster 2019.3 introduces a new option in the pipe component to account for visco-elastic behavior. In the figure below it can be noted the different behaviors between typical steel pipes in yellow and polymer pipes in green. It can also be appreciated how the results obtained with the new visco-elastic modelling capability are in good agreement with published literature (Covas, S. M. 2004. The dynamic effect of pipe-wall viscoelasticity in hydraulic transients. Part I—experimental analysis and creep characterization. Journal of Hydraulic Research Vol. 42, No. 5, 516-530.)

Not only ketchup, custard and tooth paste are non-Newtonian fluids but also many industrial fluids are. These are characterized by a viscosity that changes when a force is applied. Simcenter Flomaster 2019.3 introduces a new capability to model non-Newtonian behavior in systems where pipe friction losses dominate. In particular, the pipe component has been extended to model fluids that are dilatant or pseudo-plastic as well as fluids that exhibit Bingham-plastic or Yield-pseudo plastic behavior. Non-Newtonian behavior can be specified either using power law indices or by a curve of Shear Stress Vs Shear Rate and is applicable in steady state and slow transient simulations.

Enabling user to quickly and easily understand the behavior of a thermo-fluid system is a priority for the Simcenter Flomaster team. I have already discussed Visual Physics in my last post and this release builds on this to provide a one-click workflow to export a video of the simulation visualization. This can be easily shared within the organisation and allows easier communication and quicker decision making based on valuable information.

Understanding the history and provenance of data is crucial. With Simcenter Flomaster data is securely stored and tracked inside a relational database. This capability has been enhanced in Simcenter Flomaster 2019.3 and tightly connected to Active Directory. If a user is using active directory for use permissions, the name of the user will be reported for Networks, Result Sets, Performance Data and Scripts. Ultimately this feature makes it easier for a user to understand who created or modified different items.

Tanks can have very complex shapes, no matter if they are in an aircraft, a chemical plant, on a ship or in a power generation plant. Defining the geometry of these tanks for a system level simulation can be very time consuming. To overcome this problem Simcenter Amesim has created the CAD Import fuel system plugin that automatically extracts all of the information needed for a system level simulation from the CAD geometry of the tank. Simcenter Flomaster 2019.3 introduces a new wizard to the Multi-Arm tank component that reads data files created using the Simcenter Amesim CAD Import fuel system plugin and automatically extract all the required information.

The Pump Head Curve dialogue introduced in Simcenter Flomaster 2019.2 has been enhanced in response to user feedback. The Curve Digitizer can be accessed directly from the pump curve enabling for a quick creation of the curve.

Simcenter Flomaster 2019.2 introduced the capability to export FMU’s based on response surface models (RSM), both model exchange and co-sim, that allows maximum speed and flexibility on reuse. In Simcenter Flomaster 2019.3, the exported FMU includes all source files to enable compilation by a third party tool if required. This capability allows for cross platform compliance.

What's New in Simcenter 3D 2021.2? June 22, 2021 Learn more about Simcenter 3D 2021.2: enhanced auralization, improved turbomachinery analysis, new material models & multiple tabbed windows.
4 Myths about AI in CFD April 6, 2021 As Artificial Intelligence (AI) has become more ubiquitous in our everyday lives, so too has confusion about what it is…
Simcenter™ FLOEFD™ 2021.1: What’s New? April 29, 2021 What's New in the latest Simcenter FLOEFD 2021.1 version? Electromagnetics, structural simulation and much more. Find out for yourself.
This article first appeared on the Siemens Digital Industries Software blog at https://blogs.sw.siemens.com/simcenter/whats-new-in-simcenter-flomaster-2019-3/