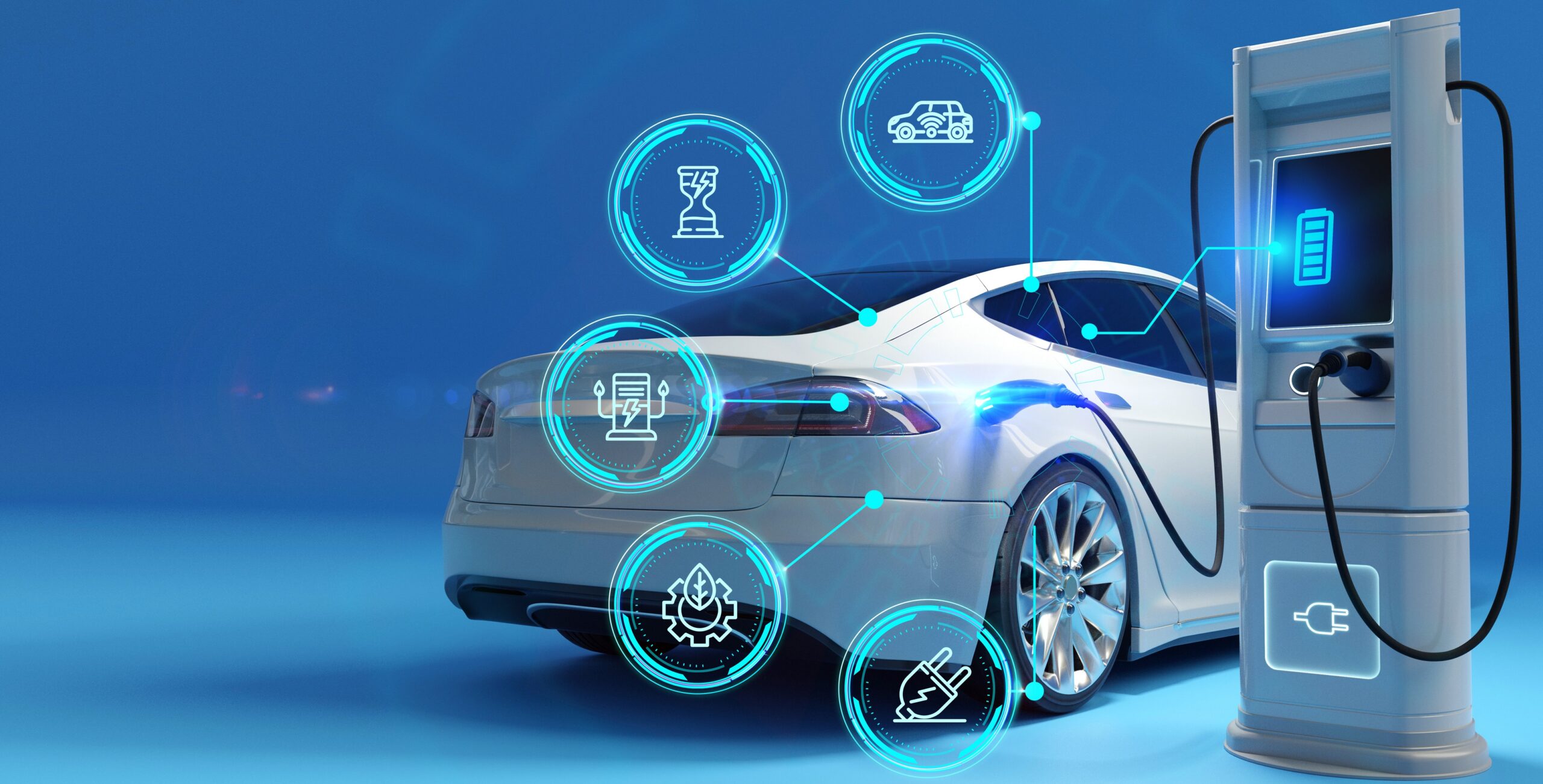 The transition to autonomous and electric vehicles creates new challenges for the automotive industry and performance engineering. In the past, manufacturers have been used to developing two or three new models each year. Now, how to keep up with growing demand and remain competitive in the age of electrification? To take the example of Toyota, the manufacturer aims to develop thirty new electric vehicle models by 2030.

An electric engine is much simpler than a combustion engine in some respects. There are far fewer moving parts. You just need to combine a motor with a battery and an inverter, and you’re ready to go.

For higher efficiency and performance of electric vehicles, the inverter, motor, and gearbox are all put into one container. Previously, engineers from several different specialisms worked very separately. But now, they have to come together to ensure their components complement each other perfectly. First, you have the electronics, electromagnetic, and mechanical engineers. And then you have software engineers working on the controls for all the components.

So, how do you get all these people from different backgrounds and skillsets to work together? How to optimize vehicle performance and keep up with the challenge of developing many more models than before?

SAE International recently hosted a webinar with this in mind. Three Siemens experts explained how the vehicle development process is being transformed to make it fit for the future:

Katrien Wyckaert, Steven Dom, and Fred Ross answered questions from the audience such as:

After the webinar, Luke caught up with Steven Dom. They discussed how Siemens is helping manufacturers meet the new challenges of autonomous and electric vehicle performance engineering.

Steven explained how simulation is enabling the evolution of vehicle design and allowing a more integrated view of vehicle development from the earliest stages:

“Typically, the development would diverge into different areas of engineering and only come together at certain milestones during a project. But that isn’t the optimal way to work. And when you need to develop more models in a shorter timeframe, it’s just too inefficient. You need to think in a more integrated fashion. A manner where everyone on a project can see what others are doing at the same time.”

In the webinar, he gives specific examples of where isolated working leads to lots of redesign and delays that collaboration can avoid at an earlier stage. And collaboration is one of the great strengths of the Simcenter toolset – bringing specialists together to work on a model that delivers optimum performance from each element of the vehicle. The webinar includes detailed slides showing how different specialists can see exactly what others are working on and, as Steven puts it, ‘piggyback’ on the results of each other.

Interested in more examples of this? Check out this blog on Electric machine modeling and system integration.

McKinsey has reported extensively on the challenges of improving profitability in electric vehicles, and Steven says this is due to development processes not yet having evolved enough.

“They need to build a native and modular electric vehicle platform,” he says. “I call it the Lego blocks principle – if you can build from predefined blocks, it’s much easier and quicker than developing from scratch each time. Combine this with frontloading your simulations so you can make as many decisions as early as possible in the design process, and not only will the finished product be better, but it will also be cheaper and take less time to develop.”

He goes on to explain how model-based system engineering (MBSE) is essential for successful vehicle performance engineering. In the webinar, Fred Ross also gives a detailed example of how Siemens is using collaboration tools to develop a concept vehicle.

The latest Simcenter tools have improved physics and workflow, making the development of systems such as battery cooling even easier than before.

Bringing simulation and testing in automotive closer together

It’s not all about simulation, though. Steven is keen to stress that a key element in improving vehicle performance engineering is the relationship between simulation and testing. “In the past, we’d use a simulation model to help define the layout of sensors on a test vehicle. Now we’re bringing testing and simulation into the same environment and running them together.” In the webinar, he explains how this gives much more accurate results than either on their own by allowing for the analysis of elements that previously wasn’t possible.

The future is artificial (intelligence)

Artificial intelligence (AI) also has a crucial role in the development process. “Using virtual sensors, we can train a neural network using AI to learn how to extract the same data from a much simpler set of sensors than the complex, expensive ones previously used,” Steven says. “This means you can achieve the results with less money and time spent on testing instrumentation.”

And of course, another aspect of modern electric vehicles is autonomous driving. At some point in the future, the human element of driving will be removed completely, and Steven explains that AI is used in this area too. “The perception and control algorithms use extensive AI. It’s a combination of creating your environment via testing and simulation and then using AI to validate different scenarios as fast as possible to come up with the best design.”

From the first space rockets to 21st century vehicles

It is fascinating to see how the automotive industry is adapting to meet electrification challenges. Modern technology allows manufacturers to improve their processes to design and develop future vehicles. The theory behind it is not as new as you might think, though.

“You can trace model-based system engineering (MBSE) back to NASA and the early days of the space program.”

“Hundreds, maybe thousands of people had to collaborate to build safe and reliable rockets to get astronauts into space and to the moon and back. They used a form of MBSE then. So, the idea isn’t new. But we have better tools now that have allowed us to bring it to the automotive industry in the last decade.”

4 Myths about AI in CFD April 6, 2021 As Artificial Intelligence (AI) has become more ubiquitous in our everyday lives, so too has confusion about what it is…
The 4 trends you should not miss in NVH engineering December 2, 2020 What is the role of noise, vibration, and harshness (NVH) engineering in the vehicle development cycle today? How does the…
Model-based design from ICEs to ICUs: Bridging the… November 10, 2021 The events of the past few years have turned global attention towards health and, more specifically, healthcare. From the images…

This article first appeared on the Siemens Digital Industries Software blog at https://blogs.sw.siemens.com/simcenter/vehicle-performance-engineering-fit-for-the-future/