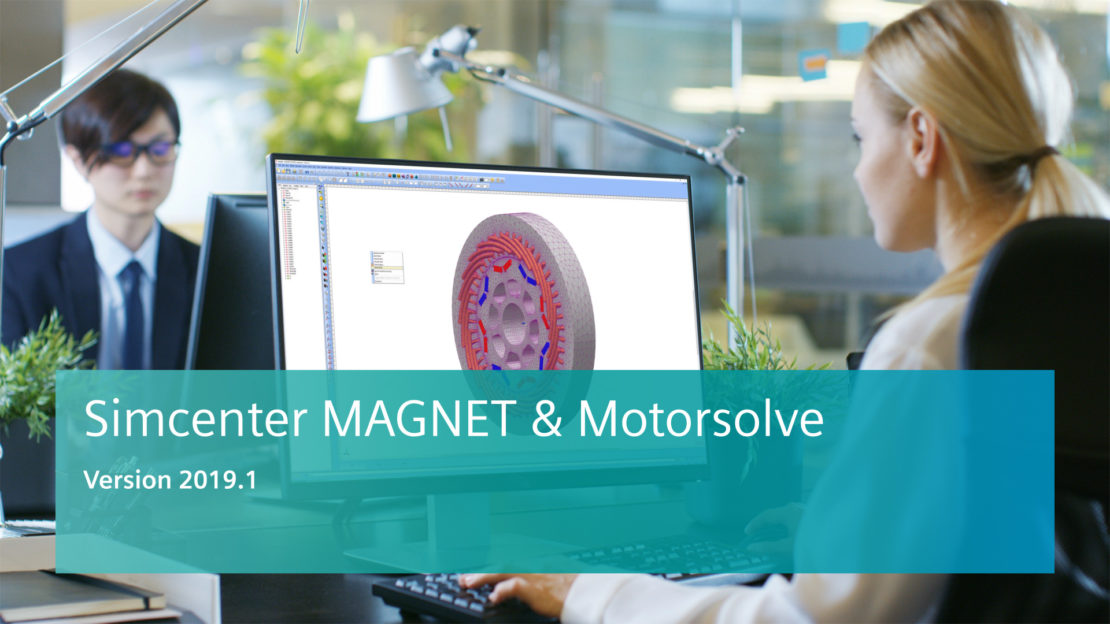 There are some significant new capabilities in the latest version of both Simcenter MAGNET and Simcenter Motorsolve 2019.1. This includes a new electromagnetic and vibro-acoustics link among many others.

In a faulty machine, the mechanical vibrations due to electromagnetic forces can be quite catastrophic. This can lead to damage, frequent servicing or total failure.  The noise produced during operation can range from a minor irritation to a potential safety concern if too loud. As a result, it is important to perform linked electromagnetics and vibro-acoustics analysis early and at multiple stages of the design process.

To address this need, with both Simcenter MAGNET and Simcenter Motorsolve 2019.1, there are new options to account for the electromagnetically-induced acoustic noise and vibration.

The exported nodal force and force density fields from either software tool can be used as the load for structural and vibro-acoustic simulations, such as with Simcenter 3D.

With Simcenter MAGNET, the 3D simulations allow for a detailed analysis of problems like power transformers and final design verification of electric machines.

It is also possible to compute the net forces on individual components whether they are touching other components or not. And in order to probe further, a virtual cut can be introduced creating a section of a component for which the net forces can be examined, such as a stator tooth tip.

Accelerating product development with simulations requires material models which can above all else solve real physics. Therefore, improvements in accuracy, convergence and the speed of solutions in material property modeling are all part of this new release:

4 Myths about AI in CFD April 6, 2021 As Artificial Intelligence (AI) has become more ubiquitous in our everyday lives, so too has confusion about what it is…
Drone noise: an inconvenient truth? September 8, 2021 Drone noise can destroy a business with an estimated value of 33 billion dollars by 2030. Simcenter 3D Acoustics can…
Simcenter™ FLOEFD™ 2021.1: What’s New? April 29, 2021 What's New in the latest Simcenter FLOEFD 2021.1 version? Electromagnetics, structural simulation and much more. Find out for yourself.