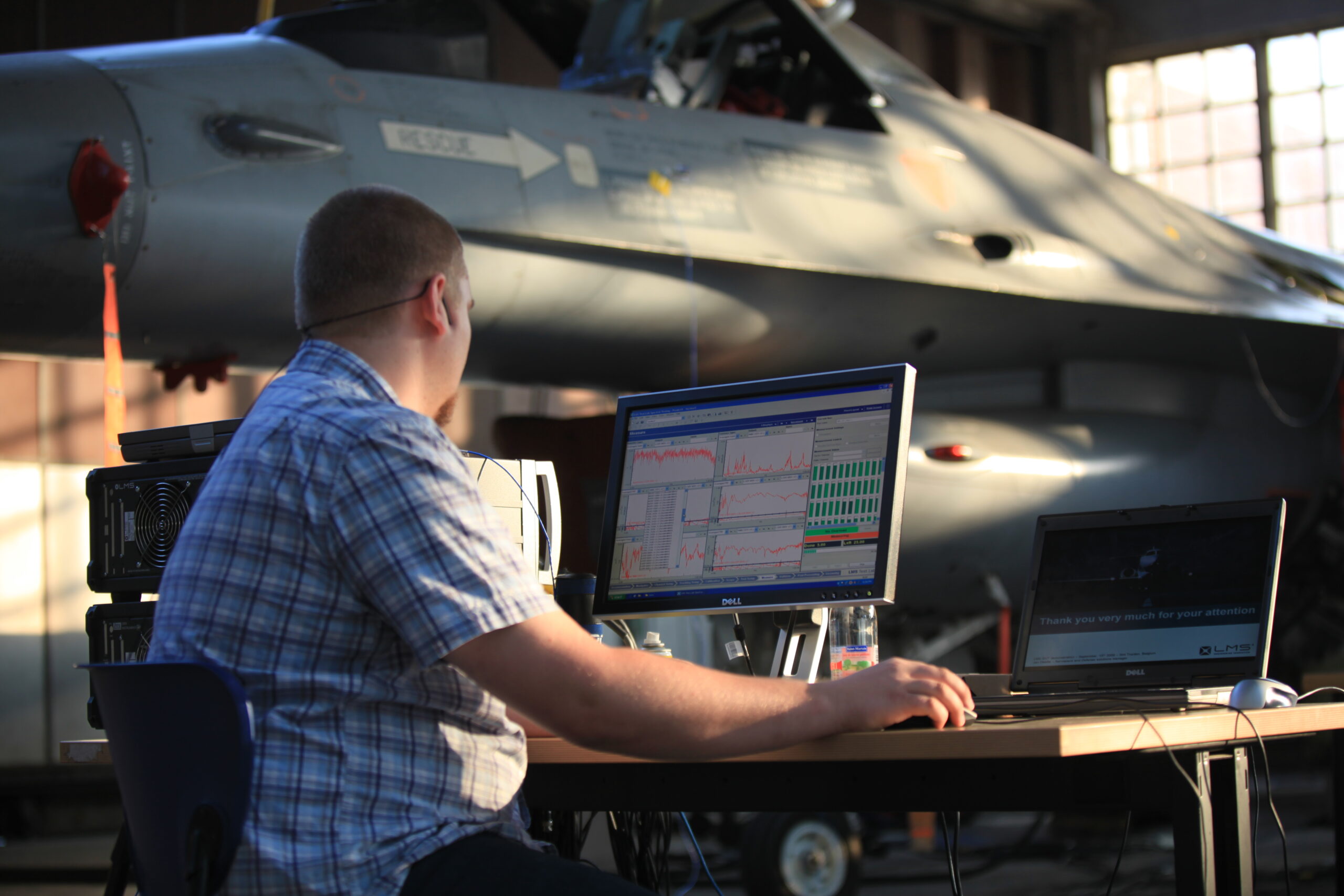 Modal testing is a very useful technique for verifying and understanding the dynamic behavior of complex structures. Its principle is to characterize a structure by its resonant modes with associated resonant frequencies, damping and mode shapes, which help identify potential issues or weaknesses in the design.

This technique has been widely used for decades on various types of structures; from small components to fully integrated aircraft as part of GVT (Ground Vibration Testing) campaigns, supporting the aircraft certification process. Next to this, the modal survey technique, commonly used in the space industry, helps verify the structural dynamics performance of spacecraft and space launchers.

However, efficiently conducting a modal test can be a difficult task. When processing measurement data to extract modal parameters, several choices must be made by the engineer, making it difficult to get reliable and consistent data. For instance, in the case of highly damped structures or large structures instrumented with hundreds of sensors with high modal density, properly choosing the poles of the modal model is challenging — it is not always straightforward and might require deep expertise. The introduction of the Polymax algorithm by Siemens has already led to significant improvement, providing more clarity in the stabilization diagrams. But verifying that the modal model fits well with the measured data is still a tedious task that might require many successive iterations.

With the introduction of the MLMM (Maximum Likelihood Modal Model) algorithm into the Simcenter Testing Solutions portfolio, Siemens is making modal testing easier and more accessible to non-expert users, built on top of the current modal testing process. Starting from a set of measured vibration data, the MLMM algorithm automatically iterates on the parameters of the modal model to improve its accuracy and the fit to the experimental data for all measurement positions and for the frequency range of interest. This allows the user to get rid of the lengthy and tedious manual iterations.

Not only that, MLMM brings extra accuracy in terms of resonant frequency and damping estimates and accelerates processing tasks when dealing with a higher level of complexity of measured structures, allowing non-expert users to deliver more consistent data. The improvement of the modal model accuracy with the MLMM algorithm is especially remarkable when constraints, such as reciprocity or non-complexity, are imposed on the modes in view of finite element model correlation.

A typical scenario is when many sensors and exciters are used at the same time during a vibration test, which can cause issues in the modal estimation process. By using the MLMM optimization, this is automatically solved, and the local dynamic behavior is better represented. In the example below, where modes are extracted during a GVT on a complete aircraft, the correlation between measured FRFs (frequency response functions) and FRFs synthesized with the modal parameters significantly increases, especially in the case of real and reciprocal modes.

Thanks to MLMM, a more consistent model is obtained, which can then be used with higher confidence during the aircraft verification process, while keeping the existing testing processes unchanged. Regardless of whether the test involves simple or complex modal scenarios, MLMM is a useful technique to improve the way modal testing is performed and help test engineers achieve better results faster. With the new MLMM technique, modal testing has never been so easy.

MLMM: increase efficiency with Modal Analysis July 30, 2020 Learn about Maximum Likelihood estimation of Modal Model (MLMM) and increase efficiency in modal analysis, removing the subjectivity of manual…
4 Myths about AI in CFD April 6, 2021 As Artificial Intelligence (AI) has become more ubiquitous in our everyday lives, so too has confusion about what it is…
The 4 trends you should not miss in NVH engineering December 2, 2020 What is the role of noise, vibration, and harshness (NVH) engineering in the vehicle development cycle today? How does the…
This article first appeared on the Siemens Digital Industries Software blog at https://blogs.sw.siemens.com/simcenter/mlmm-testing-for-ad/