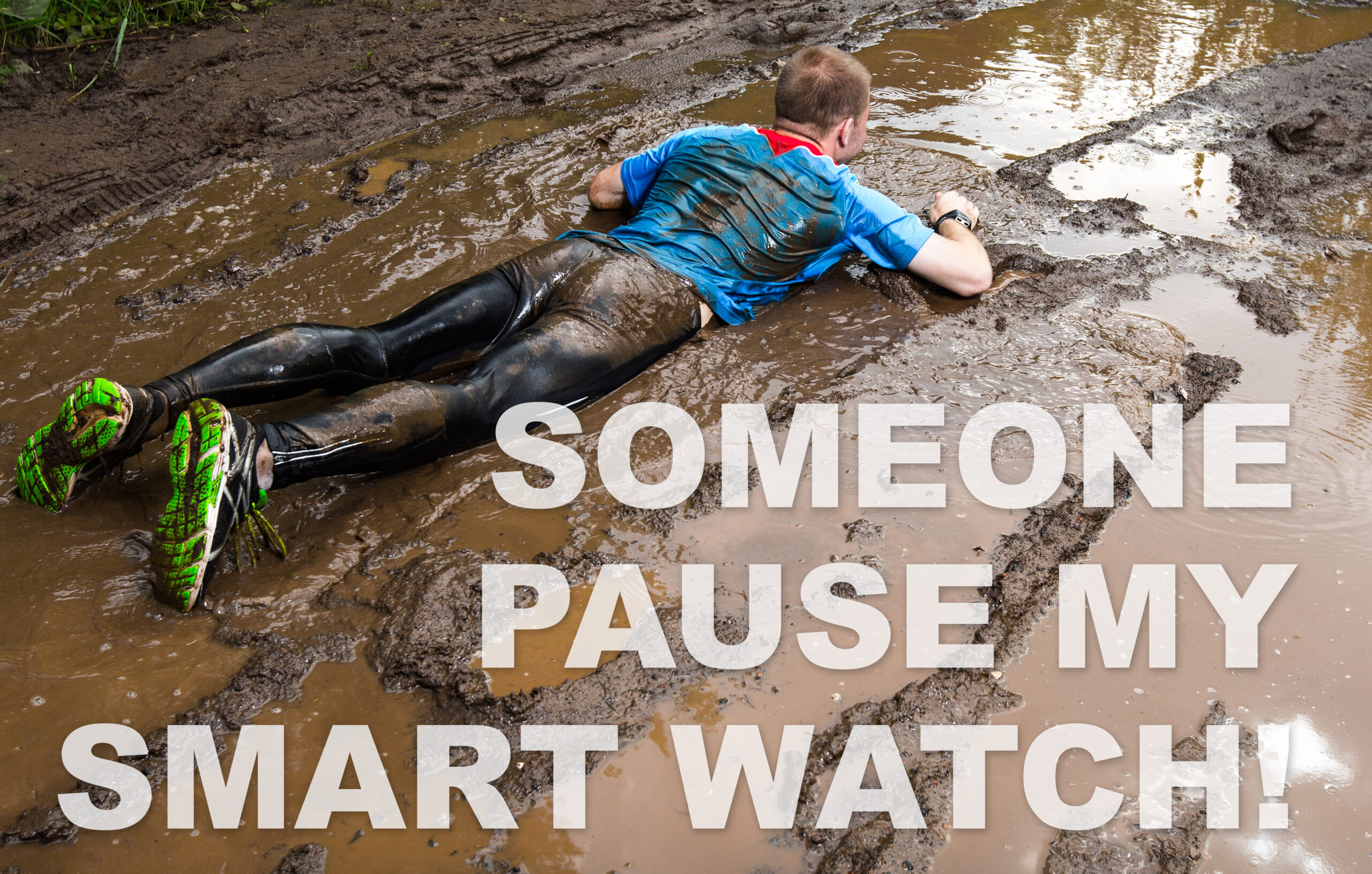 The arrival of the fitness device changes everything

In the running community, there is a joke t-shirt slogan that says “if I collapse please hit pause on my Garmin” (Garmin is the leading provider of GPS Smartwatches). Cyclists and runners will also happily taunt anyone that doesn’t post a GPS track of their activity with “if it’s not on Strava it didn’t happen” (Strava is a social media platform in which athletes can share and compare GPS statistics about their latest activities).

However, with the wide-scale adoption of devices such as the Garmin Fitbit and the Apple Watch, health-tracking smartwatches are no longer the exclusive domain of fitness enthusiasts. As well as recording GPS traces (for accurate measurement of speed and distance) modern watches record a wide range of health data, such as heart rate, blood-oxygen saturation, blood pressure and even stress. They can also track how much activity you do (steps) and how much quality sleep you get.

Trials are even underway to measure how accurate this data is, and how it might be used in clinical settings.

This data collection requires sensors, memory, processing, and communication functionality, in other words, electronic chips.  Each chip, or integrated circuit, as well as the battery, generates heat.  This heat that is generated will cause temperatures to rise and if not managed could affect device performance and reliability, as well as comfort for the wearer of the device.  Generally, the heat generated in a Smartwatch is relatively low since the power it draws is from the battery.

A key feature of a Smartwatch is battery life so there is a compelling need for the device to operate at low power.  But low power generated in a small space can result in surprisingly high-temperature increases leading to performance and reliability degradation.  As this heat conducts, convects, and radiates through the device the outer surface temperatures are elevated as well.  If the outer temperature is too high then this could result in discomfort for the wearer, which is bad for business.

The thermal design of a Smartwatch could involve the use of thermal fillers, gap pads, or heat spreaders.  Performing thermal analysis of the Smartwatch during the design is often used to study the benefits of various temperature mitigation strategies.  Below is an image of a Smartwatch thermal model in Simcenter FLOEFD.  The image shows surface temperature and heats flux streamlines on the outer surfaces.

Smartwatches operate in ever-changing environments with varying user modes.  It is important for Smartwatch designers to understand the performance during these transient events.  While a thermal model in a 3D analysis tool is a viable option to understand the temperature response with respect to the time it is a very time-consuming approach.  Also, in addition to the thermal engineer, the electrical engineer is also interested in temperature response.

Typically, many use cases (power modes and environments) are considered during the electrical and thermal design process.  Simcenter Flotherm, Simcenter Flotherm XT and Simcenter FLOEFD provide a method for greatly accelerating this parallel design process with BCI-ROM.  Our BCI-ROM technology allows the export of a reduced order model that will accurately report temperatures for any power and environmental condition.  The BCI-ROM technology supports multiple formats including FMU (Functional Mock-up Unit) and VHDL-AMS.  For the electro-thermal design, the VHDL-AMS can be rapidly solved in PartQuest Explore.

The PartQuest Explore Smartwatch model has been uploaded and can be accessed at https://explore.partquest.com/groups/johnrwilsons-workspace-0/designs/mwear.  Anyone can access this model and have a look around or you can create your own free account and save this model there.

Smartwatches allow for an unprecedented amount of fitness data to be captured and analyzed to help you achieve your peak performance.  For those of us at the other end of the fitness spectrum, they can also remind you that it is time to stand up.  A lot of technology and design experience is packed into each device so that it operates well under any condition.

A Pandemic Resilient World September 30, 2022 Despite causing millions of deaths and trillions of dollars of lasting economic damage, Covid-19 was much less damaging than many…
Simulation for a fitter world October 24, 2022 Can Simcenter help us to stay fitter and healthier? Read how simulation can help increase our performance in sports.
Engineering Enhanced Humans October 17, 2022 Prosthetic engineering is not new, yet prosthetic devices remain out of reach for many. Can the latest engineering innovations help?

This article first appeared on the Siemens Digital Industries Software blog at https://blogs.sw.siemens.com/simcenter/fitness-devices/