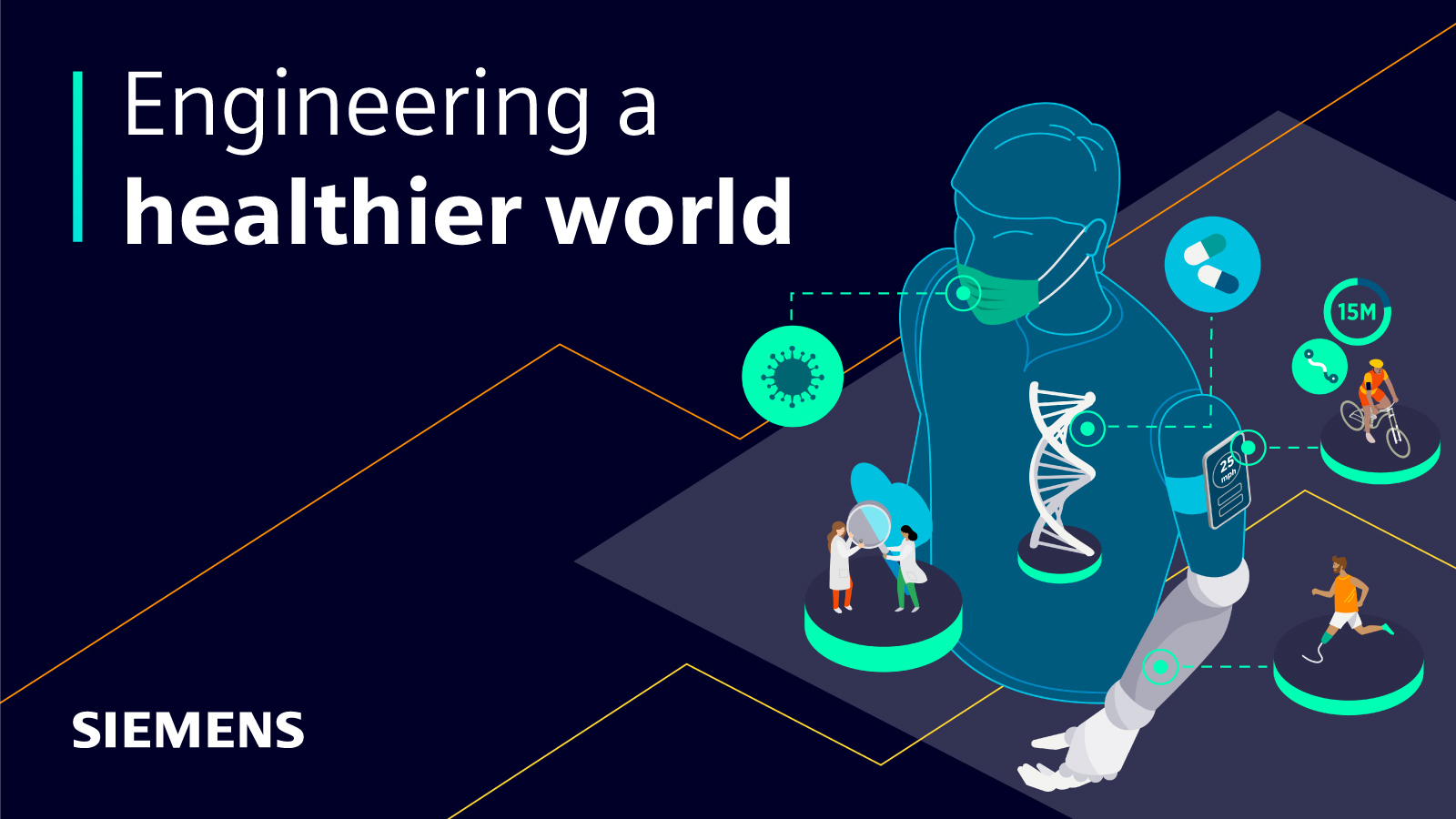 Medicine is one of the greatest triumphs of the modern world. Although medicine existed in the pre-industrial world, it was not widely available to ordinary people. Before 1800, a newborn baby could expect (on average) to live for about 30 years. This was true across the whole world with only slight regional variations. Most people lived hard, poverty-stricken and typically relatively short lives.

This does not mean that most adults died in their thirties. Before modern medicine’s wide availability, life expectancy statistics were heavily skewed by infant mortality and deaths in young adulthood from accidents, epidemics, plagues, wars, and childbirth. Those that survived adolescence could expect to live to a much older age. Even in Biblical times, some people (apparently) lived to 70 or 80 or beyond.

The days of our years are threescore years and ten; and if by reason of strength they be fourscore years, yet is their strength labour and sorrow; for it is soon cut off, and we fly away.

In the United States, as many as half of today’s 5-year-olds can expect to live to the age of 100, and this once unattainable milestone may become the norm for newborns by 2050. Yet, the social institutions, norms and policies that await these future centenarians evolved when lives were only half as long and need updating.

“A Healthier World” is a series of blogs and interactive assets through which we will explore how engineering simulation and test are helping to reduce the burden of illness and injury and how digital twins will be used to help us live longer, healthier, happier, and more productive lives.

Sometime in 2019, a random mutation in a common mammalian respiratory virus allowed it to jump from an animal host to infect a human. That change of a few bits of data in the virus’ genome prematurely ended millions of lives and continues to cause trillions of dollars worth of economic damage.

The most surprising thing about the COVID-19 epidemic is that a pandemic on this scale didn’t happen sooner. Despite the apparent unpreparedness, world Governments have been expecting a serious pandemic for a while.  Our species has been periodically (and literally) plagued by infectious diseases for as long as we have been around. In the 14th century, the Black Death killed half the population of medieval Europe. In 1918 Spanish Flu killed about twice as many people as the First World War, which finished that year. The ongoing HIV/AIDS pandemic killed more than 30 million people (many in the prime of life) over 40 years. Fortunately, advances in treatment and diagnosis mean that HIV will hopefully be eradicated in the next decade.

More recently, the SARS, Ebola, Zika, and MERS viruses were all near misses that perhaps tricked Governments into a false sense of security.

In an overpopulated, highly interconnected, and largely urban world, it’s only a matter of time before the next pandemic.

“Outbreaks are inevitable, but pandemics are optional”

In “a Pandemic resilient world”, we explore the role that engineering simulation will play in preventing and dealing with the consequences of the next pandemic. We will investigate how simulation allows vaccine manufacturers to scale up production to billions of doses. We will explore how simulation is helping to develop injection technology that will radically reduce the amount of vaccine required, and the number of medical professionals needed to administer it.

There are almost 8 billion humans on the planet. We are the most abundant primate species. Like most mammals, come in two basic models, a male version and a female version. Although, as we increasingly find, things are quite a bit more complex than that. Modern medicine has generally exploited the fact that we all share the same basic physiology.

But in reality, this apparent uniformity is a myth. As much as we are all the same, each of us is different from everyone else. Everyone has their own physiological quirks. Powered by simulation, the next big advance in medicine will come from personalized treatments. Each perfectly adapted to our own individual physiology, both accommodating and exploiting those differences for better outcomes.

I’m a big believer in what’s called personalized medicine, which refers to customizing your health care to your specific needs based on your physiology, genetics, value system and unique conditions.

In “Personalized precision medicine” we explore how engineering simulation and test are helping to create digital twins of your own personal anatomy so that medical interventions can be tested and optimized using your physiology.

About 15% of people in the world experience some physical disability. This includes about 60 million who live with some sort of traumatic limb amputation. Many rely on (often crudely engineered) prosthetics to go about their daily lives. This technology can be expensive. Robotic appendages “start at $2,000 for a finger up to well over $50,000 for a more complex limb”.

At some point in every person’s life, you will need an assisted medical device – whether it’s your glasses, your contacts, or as you age and you have a hip replacement or a knee replacement or a pacemaker. The prosthetic generation is all around us.

Most prosthetic device users will have experienced the pain of adaption and the consequences of mechanical failure. Because mechanical devices aren’t as resilient or robust as biological limbs, prosthesis users must endure the cost, inconvenience and pain of replacement as their own physiology changes or as their prosthetic limbs either wear out or become technologically obsolete.

But does it have to be that way? Engineering is close to delivering prosthetic limbs that perform better than those engineered by nature. In “Engineering enhanced humans” we explore how engineering simulation, and additive manufacturing, can help to deliver prosthetic devices that are an improvement on their biological counterparts, rather than a barely adequate replacement.

Of course, these advanced, expensive, robotic prosthetics are often only accessible to amputees with decent healthcare provision (or insurance) in rich countries. Unfortunately, less economically developed areas typically have the highest rates of amputation, as a result of poorer healthcare provision or as a consequence of warfare. In “Engineering enhanced humans” we also explore how engineering simulation and additive manufacturing are helping reduce the cost and increase the robustness of prosthetic engineering, which will hopefully make it affordable and accessible to people with disabilities worldwide.

The most important rule of medicine is “primum non nocere” or “first do no harm”. This is a very serious obligation for medical practitioners and those developing pharmaceuticals and medical devices. The problem is that engineering depends on learning from repeated failures, pushing devices to their limits to discover how and why they break.

Medical devices are tested through a series of in situ or in vitro, and ex vivo experiments that are heavily regulated to make sure that the experiments do no harm. This regulation is a huge constraint to innovation and means that the whole medical industry is understandably risk-averse.

It’s tempting to think that invention occurs practically overnight… But innovation does not happen in an instant. It takes years of patient persistent effort by scientists – who will fail more often than they succeed – as well as funding, smart policies, and an entrepreneur’s mindset to get an idea out of the lab and into the market

Bill Gates, “How to Prevent the Next Pandemic”

In “in-silico medical trials” we explore how engineering simulation is being used to accelerate innovation, reduce risk and slash development costs and ultimately save lives by allowing medical device creators to get to market quicker.

Almost everyone agrees that lifelong personal fitness is key to promoting longevity and health. However, none of us wants to spend our extended twilight years suffering from pain and infirmity. Exercise helps us lead happier and more productive lives. And importantly, more economically productive lives too, as governments and insurance companies increasingly struggle to support an increased elderly population. With longer lives comes the expectation that we will work for longer.

Health is a state of complete physical, mental and social well-being and not merely the absence of disease or infirmity.

Constitution of the World Health Organisation

However, athletes of all types are prone to injury, the risk of which increases as one gets older.  When 50% of children born can be expected to live to 100 or more, then lifelong fitness will increasingly become extremely challenging.

“A  fitter world” explores how engineering simulation and tests are helping to increase accessibility to sport and exercise, and how it is helping athletes of all ages to maximize their athletic performance.

Of course, human longevity depends on more than just direct healthcare innovation. Human longevity is also under threat due to the ecological consequences of the climate crisis, with many humanitarian and government organizations predicting a decline in both living standards and health. If you are interested in how engineering simulation is being used to engineer a more sustainable future for our planet and our species, please check the “Simcenter for a sustainable world” series of blogs.

Read more: Simcenter for a Sustainable World
Want to stay up to date on news from Siemens Digital Industries Software? Click here to choose content that's right for you

A Pandemic Resilient World September 30, 2022 Despite causing millions of deaths and trillions of dollars of lasting economic damage, Covid-19 was much less damaging than many…
Engineering Enhanced Humans October 17, 2022 Prosthetic engineering is not new, yet prosthetic devices remain out of reach for many. Can the latest engineering innovations help?
Simulation for a fitter world October 24, 2022 Can Simcenter help us to stay fitter and healthier? Read how simulation can help increase our performance in sports.

This article first appeared on the Siemens Digital Industries Software blog at https://blogs.sw.siemens.com/simcenter/engineering-simulation-for-a-healthier-world/