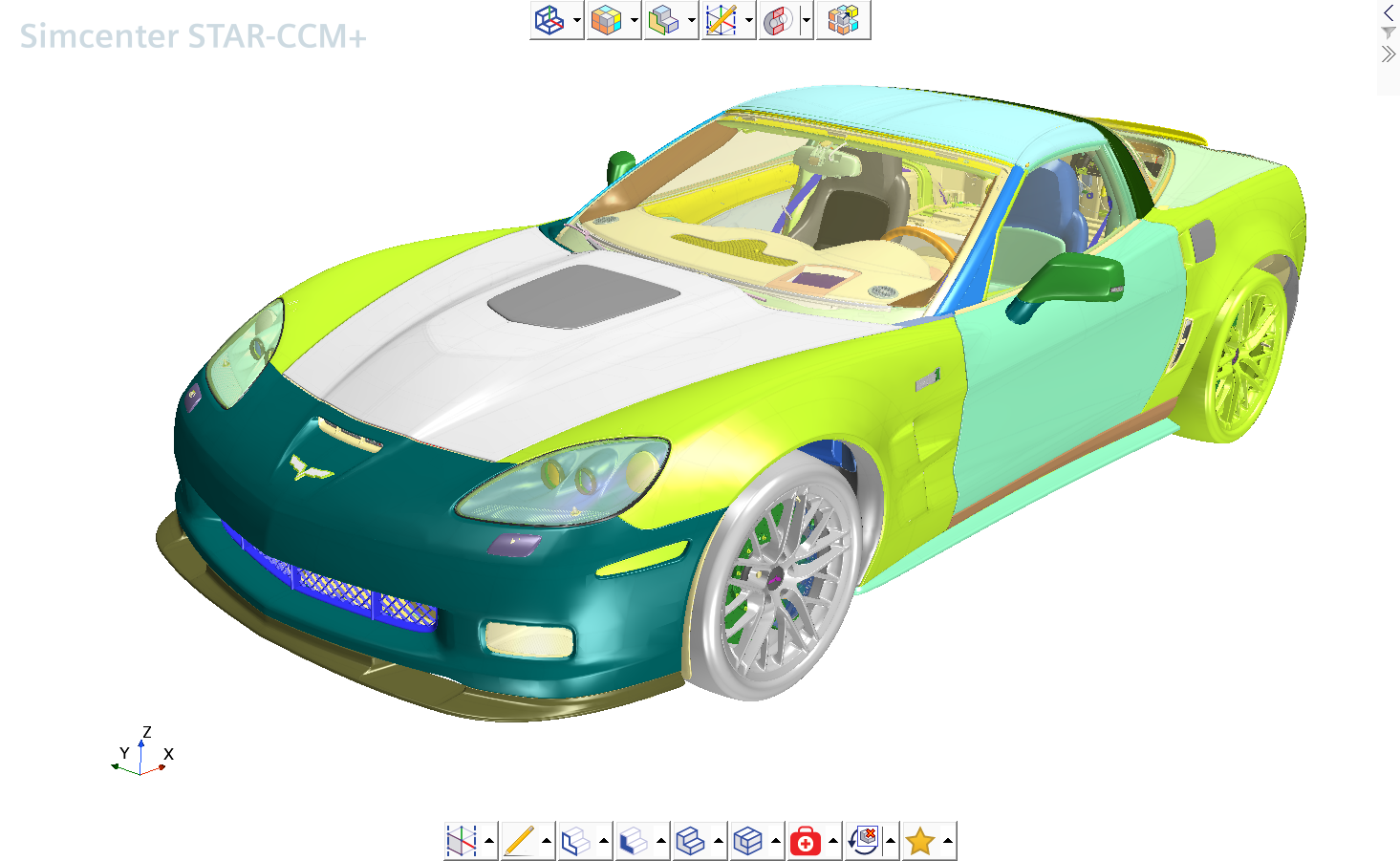 Life as a CFD engineer in the world of CAD

Remember the year 2008? Let me jog your memory. 2008 was the year when Barack Obama was elected President. It was the year the world stock market crashed; when a new idea for a digital currency called Bitcoin was first written about on an obscure listserv; and when I graduated from my Master’s program at Clemson. 2008 is also when the first version of 3D-CAD (integrated CAD environment in Simcenter STAR-CCM+) came out. The idea: Bring CAD preparation for CFD simulation into an integrated CFD software environment. Yes, 2008, that is a long time ago, and a lot has changed since then!

Back in 2008, 3D-CAD was fairly simple. It was a robust tool with a few distinct operations for handling a few hundred parts. Still, it was powerful for what it was and destined for greater things.

If you could meet that simple, modest version of 3D-CAD at a class reunion ten years later, you probably wouldn’t recognize it. The 3D-CAD of today is high-powered, savvy, and intelligent. If it had a face, it would probably look like Iron Man. It now offers an integrated CAD environment that allows CFD engineers to do everything needed for preparing the geometry and parameterizing large CAD models.

But we don’t have to travel back over a decade to recon the pace of innovation in Simcenter STAR-CCM+. Seven months ago I released my last blog 5 Steps to prepare CAD for CFD Simulation…The Easy Way!, Since then we have released two new versions of Simcenter STAR-CCM+, with a bunch of new features in 3D-CAD modeling. All with one goal in mind: make your life as a CFD engineer in the world of CAD easier!

Generate CAD within your CFD software

If you don’t believe me, check the dishwasher. What? Yes – check the dishwasher below! My colleague David Mann modeled it entirely in 3D-CAD for his recent blog Unlocking the Potential of Hybrid Multiphase CFD Simulation. All within 3D-CAD, David was not just performing the CAD preparation for CFD, he was actually generating the entire geometry from scratch within the CFD simulation software. To then use Adaptive Mesh Refinement (AMR) to show hybrid multiphase CFD action inside of a dishwasher (click the video to watch; you have to see it to believe it) – it’s a splashingly good visualization of the power of our integrated environment.

This type of modeling would have not been possible back in 2008 when we initially launched the tool. But now, 3D-CAD provides all the tools necessary to effectively organizes large models, geometry preparation, or parametrize such geometries for simulation.

Now let’s take a closer look at how you can use the capabilities of Simcenter STAR-CCM+ and the built-in 3D-CAD modeler as part of the geometry preparation process for a large complex CAD model.

Now, jump from the dishwasher over to my Corvette – or rather, my Corvette model. This is another great demonstration of the power of Simcenter STAR-CCM+ when it comes to CAD preparation for CFD simulation. While most normal people like my 5-year-old son might see a really cool sports car when the model loads, simulation engineers probably see a full day’s work with more than 15,000 parts to model. Luckily, there are several things within Simcenter –STAR-CCM+ you can use to speed up the workflow.

With the release of Simcenter STAR-CCM+ 2021.2, the user can import 10,000 part CAD models, such as the Corvette in the image below, directly into 3D-CAD. (Do you also notice the new icon toolbar beneath it which wasn’t there before? More on that later.) Previously, the CAD model would import into the ‘Parts’ side rather than into 3D-CAD itself. Now it can be imported directly into 3D-CAD, to organizes and downsize the data before meshing.

Of course, our most recent release allows you to do more than just import large CAD models; you are now able to interact with the model in real-time. For the past four cycles, we have focused on continually improving the visualization performance needed to handle 10,000 part CAD models in 3D-CAD, and tools like ‘section cut’ and ‘explode view’ let you investigate the model as you work on it. All this for a smooth and easy CAD preparation for CFD simulation.

But that’s not all.

When importing large CAD models, the most common issues are gaps and intersections between parts, CAD translation issues, duplicate parts, missing faces, and modeling errors. If doing a VTM analysis on our Corvette model, we generate the fluid and solid volumes for the car with our surface wrapper technology. The surface wrapper creates the closed volume without any leaks into the main cabin, handles geometry issues (gaps, intersecting parts), captures the original geometry features. Issues like missing faces and model errors can be identified with the search tool and fixed in 3D-CAD with delete, boolean, sew, defeature, and fill operations.

Prior to 2021.2, these operations were time-consuming. With the introduction of the incremental faceting technique (avoid tessellating the entire assembly whenever geometry operation is executed on few bodies), you will experience a significantly improved feature performance.

In the recent release, we have introduced an icon toolbar that has all the features organized to avoids unnecessary mouse clicks needed to find a feature in the right-click menu.

Recent action & Favorite feature. The last two icons are my favorites in this new toolbar, as seen below the Corvette image above. The “recent action” which you can click to quickly see your recently used features. The “favorite feature,” gives you the option to list your most commonly used operations. Both help users to quickly access the features without needing to do a deep dive into a long list of options.

Needless to say, technology has come a long way since then and 3D-CAD in Simcenter STAR-CCM+ is no exception. In 2021, 3D-CAD is a world apart from where it began. Since its origin in 2008, we have continuously worked on more robust, faster, easier, and more automated CAD preparation for CFD simulation.

And cleaning up CAD is a bit like cleaning up the dishes: once you’ve seen the beauty of a fully integrated automated process, you will never want to go back to a fragmented manual procedure.

So if you are not using 3D-CAD in the geometry preparation, then now is the right time to start.

4 Myths about AI in CFD April 6, 2021 As Artificial Intelligence (AI) has become more ubiquitous in our everyday lives, so too has confusion about what it is…
Lifecycle Insights - Guided simulation workflows: A… March 28, 2022 Engineers are increasingly adopting simulation early in the design process. And it’s easy to see why this shift-left strategy is…
Surfboard CFD - Riding the Digital Wave July 29, 2022 The flip-flop engineering symposium Monday, December 9, 2019, 7 pm. Sunset Beach Elementary School Cafeteria, Oahu's North Shore, Hawaii. Two…
This article first appeared on the Siemens Digital Industries Software blog at https://blogs.sw.siemens.com/simcenter/cad-preparation-for-cfd-simulation-the-even-easier-way/