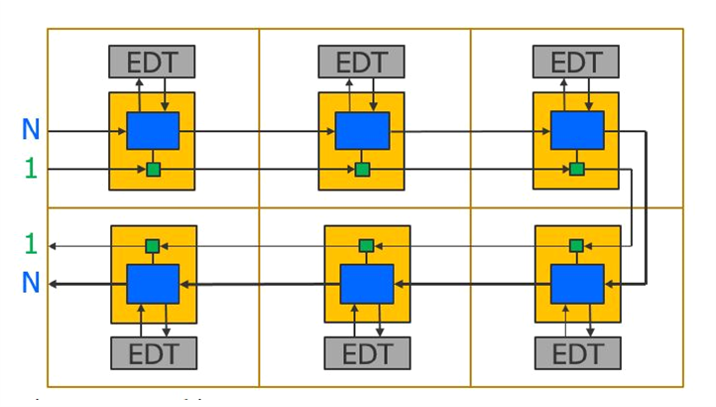 At the 2020 International Test Conference, a paper by scientists from Siemens Digital Industries Software and Intel, describes how the bus-based scan data distribution architecture solves some of the thorniest problems of testing large complex SoCs.

The existing options for optimizing test time fall short. They require analyzing all the cores and subsequently changing the test hardware in the cores. The ability to shift data in and out of the chip are also limited by internal shift speed constraints. Differences in pattern counts or scan chain lengths between cores tested in parallel can result in padding and increased test time.

The solution is the Tessent Streaming Scan Network (SSN), a bus-based scan data distribution architecture. It enables simultaneous testing of any number of cores even with few chip I/Os. It reduces test time by enabling high-speed data distribution, by efficiently handling imbalances between cores, and by supporting testing of any number of identical cores with a constant cost. SSN provides a plug-and-play interface in each core that is well suited for abutted tiles, and simplifies scan timing closure. The paper also compares the test cost and implementation productivity of SSN with those of Intel’s Structural Test Fabric.

This article first appeared on the Siemens Digital Industries Software blog at https://blogs.sw.siemens.com/tessent/2021/06/03/read-the-2020-itc-paper-tessent-streaming-scan-network/