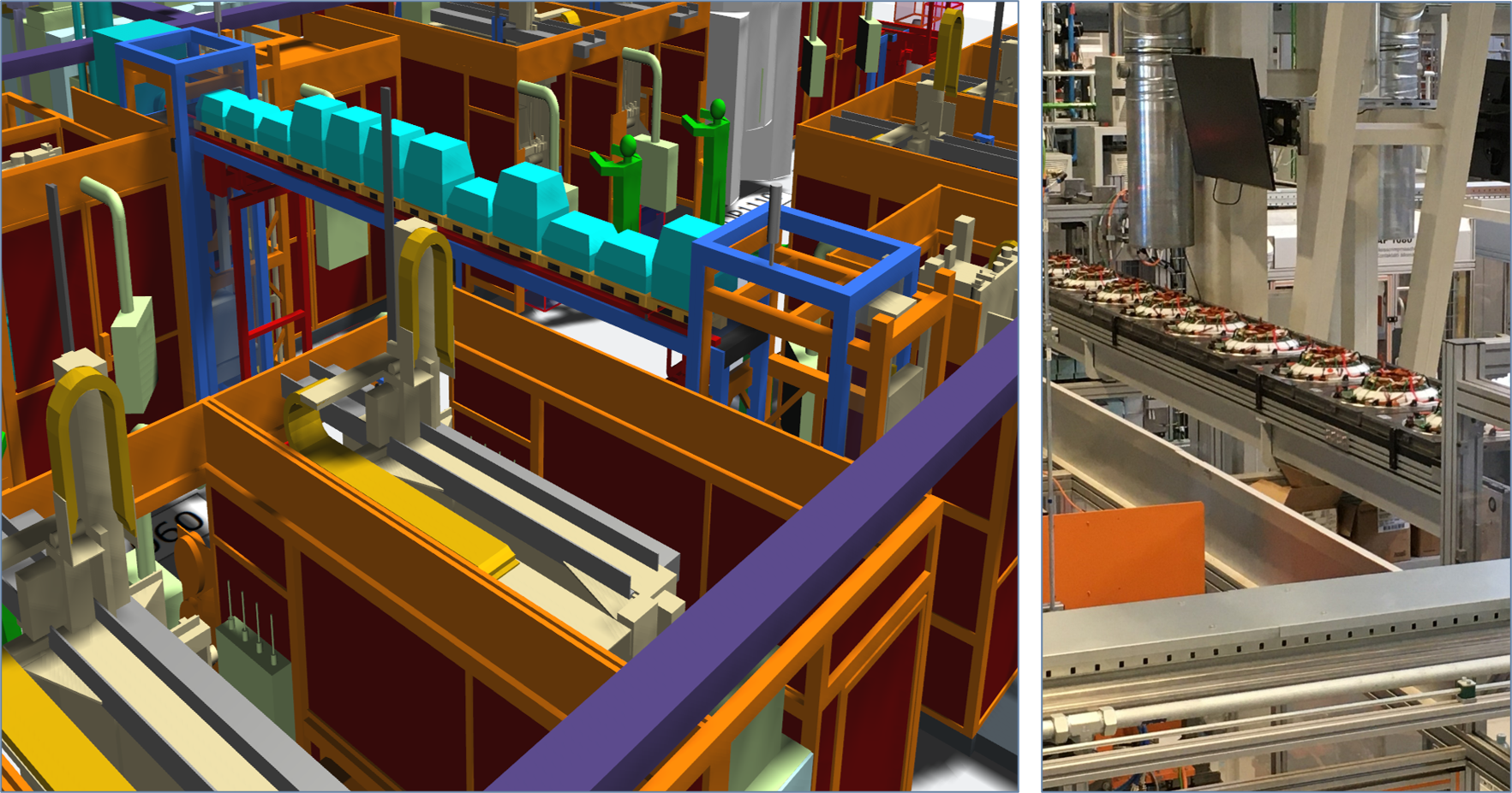 For the most recent 50 years of its history, Audi AG has produced automobiles under the banner “Vorsprung durch Technik,” “Advancement through Technology,” and the company’s operation in Győr, Hungary has embodied this standard in its burgeoning manufacturing role. From its beginnings in 1993 as an engine manufacturing facility, Audi Hungary now covers the entire product chain of vehicle manufacturing, from tools and production equipment for almost all Audi sites to the assembly of complete automobiles. It also supports a team of specialists in its own technical development center.

To continue advancing its automotive operations through technology, Audi Hungary now regularly uses the 3D capabilities of Siemens Plant Simulation in the Tecnomatix® portfolio of digital manufacturing software solutions. Implementing this digital tool was not without its detractors at first, but manufacturing engineer Marc Philip Hermans has found great value in transitioning from 2D to 3D, and he has been able to convince others of the value, as well.

At Realize LIVE 2021, Siemens’ global customer event, Hermans described his journey of discovering the benefits of 3D simulation to support his responsibilities in discrete-event simulation and then of persuading the Audi team of the software’s value. This blog summarizes the presentation.

Like virtually all car manufacturers, Audi is leveraging new manufacturing technologies, such as modular production stations and freely moving automated guided vehicles (AGVs), to reduce the time needed to bring a new or retooled production line into operation. These advancements on the physical manufacturing floor must be accompanied by advancements in the digital realm if the accelerated engineering time is to be fully realized. This means that overall simulation project time also must be reduced to keep up with the compressed schedule.

Trimming simulation time is a challenge in and of itself, but other factors complicate the task that Hermans faced. “Ways also had to be found to bring the model appearance, feel, and controls nearer to reality,” he explains. A realistic model is needed to evaluate the behavior of freely moving objects on the manufacturing floor. Physical dimensions must be accurately portrayed, and the position and distance of each object from other objects in the total layout must be clear. “It became quickly obvious that not only lengths, widths, and heights, but also distance, shading, and working levels all have an influence on the material flow and the evaluation of these flows’ behaviors,” Hermans says.

“Moreover, electrifying our products confronted us with new challenges,” he continues. “Half-finished products and product carriers had to return to the same resources several times over. To keep track of these intertwined transports, the copying of these levels from reality into virtual reality became simply obligatory.” Gaining acceptance for an engineering plan also required a more realistic virtual depiction. “Photorealism if very important,” Hermans says. “Based on shade, forms, and proportions one easily gets a feeling of the task, speed, and influence of the AGVs on material flow. Incorrect shades or proportions will lower the acceptance of results.”

Hermans and his colleagues had to be convinced that the 3D modeling capabilities of Plant Simulation provided more than just a “pretty picture” of new production plans. It would not be worthwhile to learn how to produce the 3D models if they resulted only in beauty and useless animation, Hermans points out. “One of the biggest reasons not to try new and unknown functionality is our fear of the steep learning curve,” he adds. As it turns out, learning to use Plant Simulation’s 3D modeling was relatively fast. The greater time investment was needed to collect or generate the information needed from the production floor. Still, the concern lingered that “at the end of the project, your team including yourself would find your fancy model very time-consuming and misleading with little added value,” he recalls.

Hermans found that, in some cases, 2D information was simply insufficient to build a proper model. For example, modeling the buildup of products on the bridge between two production loops, Hermans used 3D layout files to locate the bridge and define the height of several lifts used. During the modeling phase, he used standard objects to rebuild the conveyor system including the lifts. For proper control of positions, heights, and other variables, Hermans copied the 3D layout into a deco layer within Plant Simulation. The result was a rapidly generated visible control for all conveying elements – with the side benefit of “producing a real management teaser,” Hermans concludes.

Two critical tools within Plant Simulation that has made the software especially useful to Hermans are self-animation and poses. He uses self-animation to model an object’s movement, such as turning or rotating of the part or some tool movement. Poses allows him to model internal transports and logistics, such as a swiveling table by which a part change is performed within the machine. He found learning to use these two tools relatively easy. “Not only are the dialogs almost identical, but also the built-in methods are comparable,” he notes. “In this sense, mastering one means mastering both.”

The benefits of 3D

The results of 3D implementation at Audi Hungary are impressive. The overall simulation project time can be reduced by 15 percent, due to faster project acceptance, less documentation, and a reduction in computing time for experiments.

> To hear more customer success stories like this one or to share your own success, join us at Realize LIVE 2022.

This article first appeared on the Siemens Digital Industries Software blog at https://blogs.sw.siemens.com/tecnomatix/audi-thrives-with-3d-plant-simulation/