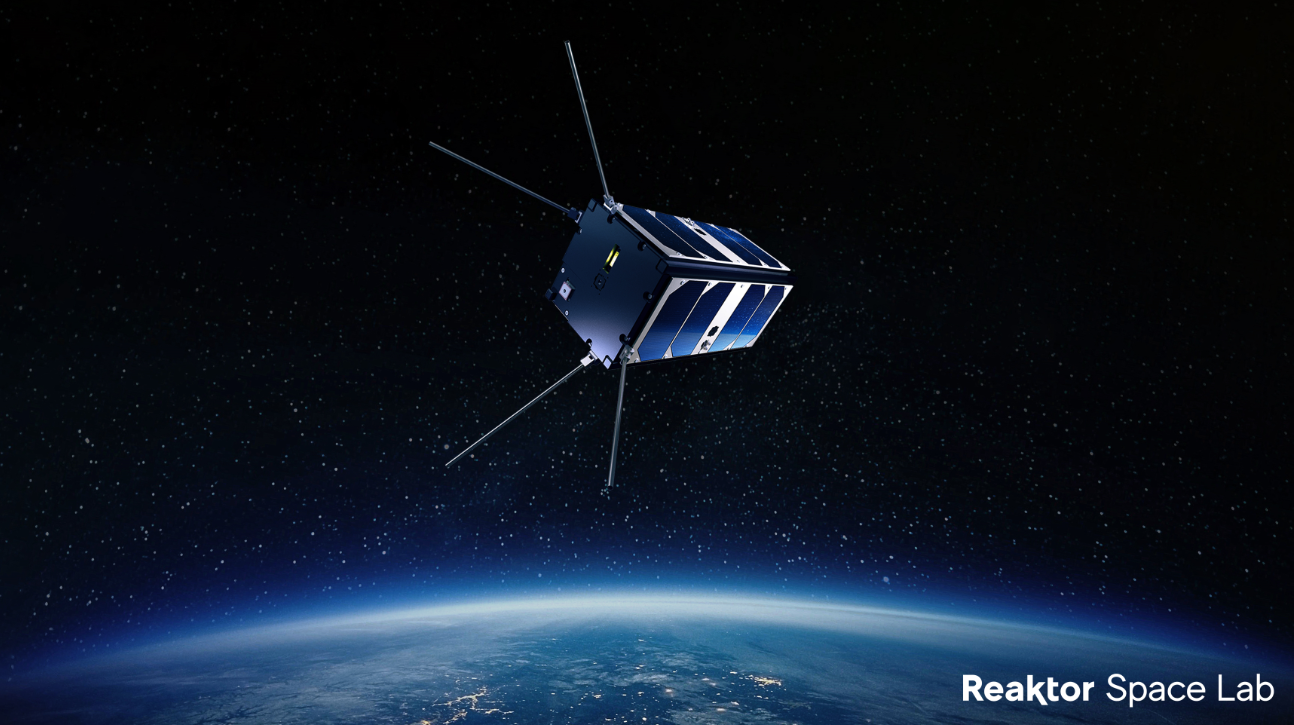 Companies around the world are using Solid Edge to produce amazing products that push the boundaries of innovation. One of those companies is Reaktor Space Lab – a startup venture launched in 2016 when Finland-based Reaktor Innovations was on the quest to buy a nano-satellite. Reaktor ended up building a spin-off company with “Space as a Service” as a product line, launching their first “Hello World” satellite into orbit in December of 2018.

Reaktor Space Lab builds spacecraft for commercial customers and the European Space Agency (ESA). During its first two years of operation, RSL created a state-of-the-art CubeSat satellite platform that is used for missions on Earth orbit and in interplanetary space. Reaktor’s Hello World satellite hosts the first ever miniature infrared hyperspectral imager, developed by the Technical Research Centre of Finland, that takes hyperspectral photos from outer space. In other words, it can capture more information than any regular camera. Using the image data they collect, Reaktor can determine, for example, what kind of plants are growing in certain areas of the world, or the health of the soil on specfic fields. Ultimately, the goal of the project is to demonstrate whether it’s feasible, at nano-scale, to take images from outer space that can benefit a wide range of industries, as well as university research.

Hello World has taken hundreds of images around the world that are currently being analyzed. Moving forward, Reaktor aims to launch more satellites like Hello World into space to generate a vast amount of high-quality imagery of our planet on a daily basis. Having a new imagery every day could be immensely valuable. For example, it could enable a farmer to perform real-time precision farming based on soil data contained in daily satellite images. The farmer could adjust exactly how much water and other ingredients to put in the soil on a daily basis, resulting in a much better yield, while saving the soil from harmful pesticides. Reaktor is also working on missions in the domains of telecommunications, space weather, and asteroid prospecting. They’re currently developing the W-Cube, which stands to be the first-ever Finnish satellite ordered by the ESA.

We recently sat down with Jami Sarnikorpi, a Space Designer at Reaktor Space Lab, to learn more about how they use Solid Edge to rapidly design and produce their custom satellites.

Reaktor Space Lab uses Solid Edge for all of its 3D modeling and simulation activities. Whether it’s converting 2D drawing data for manufacturing, producing photo-realistic 3D renderings in KeyShot, or running basic thermal and mechanical simulations to make tweaks to their designs on the fly, Solid Edge helps the company design with precision. Reaktor aims to learn next how to implement Solid Edge synchronous technology – built-in capability that combines the speed and simplicity of direct modeling with the flexibility and control of parametric design to make creating and editing 3D CAD models faster and easier than ever. Synchronous technology helps companies quickly create new concept designs, easily respond to change requests, and make simultaneous updates to multiple parts within an assembly. With this design flexibility, they can eliminate cumbersome pre-planning and avoid feature failures, rebuild issues, and time-consuming rework. Synchronous technology also allows users to treat multi-CAD data just like any other native files, supporting seamless collaboration with suppliers and partners.

Reaktor Space Lab reduces development times by relying on Solid Edge Simulation to reduce their need for expensive physical prototypes. RSL started out spending €10,000-20,000 EUR per year on external simulation services. With Solid Edge, they can iterate small decisions on their own at a fraction of the cost, avoiding the time-consuming and expensive route of external simulation services required to produce a working flight model of a satellite. We asked Reaktor to tell us about their experience using Solid Edge to construct their first-ever prototype on the path towards launching Hello World into space. Here’s what they shared with us:

“The first version of Hello World was basically glued on cardboard. We have a very agile approach for prototyping, so we start early, performing small tests to begin with, to raise knowledge, and then we move on the larger systems. This way, we don’t have to order mechanical or electrical parts in advance. We started prototyping, put everything together, and tested the entire system at once. Even small changes could be tested with the entire satellite throughout the project, instead of developing subsystems separately. For mechanical changes, we avoided any extra machining, which takes a lot of time and money. We put a lot of effort into assembly modeling in the digital realm with Solid Edge to make sure everything worked before placing mechanical orders from the machine shops.”

Solid Edge for Startups: The Next Frontier

Reaktor Space Lab was approved for yet another year of free Solid Edge software, as they embark on their second year as members of the Solid Edge for Startups program. Looking ahead into the future, the company aims to take on more complex projects, and to produce and launch more satellites into orbit, all with the help of Solid Edge. “It’s great that we got accepted to renew our license for a second year. To be honest, it is really complex to allocate funds for licenses and software purchases in publicly funded projects.” Jami admitted when asked about whether the company plans to use Solid Edge in the future. “In the year ahead, we’ll have time to think about what our direction is moving forward. No matter what, we’re definitely sticking with Siemens,” he said.

When asked what advice he would give to other entrepreneurs who are thinking of starting a company, or bringing a product to market, here’s what Jami had to say:

“Be wise with your resources. There’s a lot out there to choose from in terms of potential partners and programs to collaborate with. You can use and try out all kinds of different tools for free. Take full advantage of this before making big investments in a particular tool. If you keep your eyes open, there’s always a way to start small with prototyping and testing, like we did with Solid Edge. That’s where you get real understanding.”

Grown-Up Hack: Ewake's Peter Ruwe December 21, 2022 On the latest episode of Grown-Up Hack we had the pleasure of interviewing Peter Ruwe from EWAKE, the creator of…
Solid Edge Startup Spotlight: Flying through virtual worlds… March 10, 2021 During his time at the MIT Media Lab, Patrik Künzler came up with the idea of developing a chair that…
New in Solid Edge 2023: Solid Edge SaaS October 19, 2022 Accelerate design engineering collaboration and access software and services based on your needs with a flexible Solid Edge SaaS subscription.

This article first appeared on the Siemens Digital Industries Software blog at https://blogs.sw.siemens.com/solidedge/startup-spotlight-reaktor-space-lab/