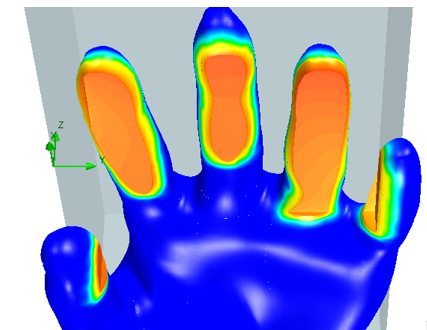 The ability of an organism to sense the temperature of its environment is critical for its ability to survive. In humans such thermoception is achieved via a dedicated receptor protein called TrpV1. Found predominantly in the membrane of cells on the periphery of the nervous system, it results in electrical nerve impulses being generated under certain activation conditions. Specifically, when the temperature of that receptor reaches ~43 degC, a conformational change occurs (a change in the shape of the receptor) that triggers a nerve impulse to the brain.

TrpV1 also enables nociception (pain sensing) that can occur when the receptor is activated by Capsaicin (from a chili) and Allyl Isothiocyanate (from mustard and wasabi). Found throughout the dermis skin layer about 0.1mm beneath the surface, they are literally on the front line when it comes to our ability to sense the temperature of objects we touch. 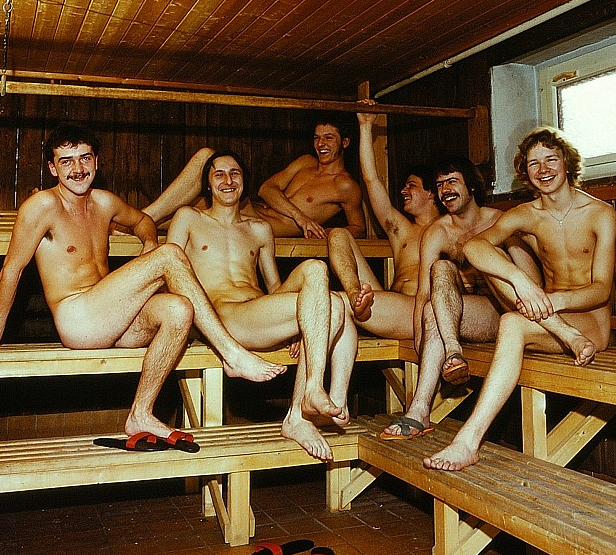 Originating in Finland, but common over all of northern Europe, saunas are rooms held at an elevated temperature, used for various health benefits. A dry sauna, with very low humidity levels as the name suggests, is heated to between 70 and 90 degC. Over time all objects within the sauna achieve this temperature, including the furniture. This temperature far exceeds that at which the TrpV1 receptor would activate so why is it that people happily sit on wooden benches in the sauna and why is it that these benches are never made of metal, despite the fact that they would both be at the same temperature?

Simulation, the concept of a digital twin of a physical counterpart, provides the ability to gain much deeper insights into the physical behaviour of an object or system than would be possible just by instrumenting the real world. In this instance a 3D thermal model of a (relatively cold) hand touching a (hot) solid object is simulated so as to identify the transient thermal response of the surface of the hand. 2 cases are considered, when the hot object is made of wood and when it is made of metal.

Simcenter FLOEFD is used to build and solve the model, in this case the NX version of FLOEFD, fully embedded in Siemens NX CAD platform.

The transient simulation starts at t=0s with the hand part at 37 degC and the solid part that it is touching at 70 degC. The first few seconds of the resulting change in temperature of both objects are then simulated**.

A digital twin is great for providing insight as to why something occurs, what is the reason. In this case, looking at how the heat flows within the metal is key to such an understanding. The animation shows the heat flux, how and where the heat is flowing, from the moment the hand touches the block. Note that for the metal, there is a massive amount of heat flow into the index finger and also to the thumb touching on the side. Whilst for the wood, hardly any heat flows at all:

The metal has a thermal conductivity about 1000 times greater than that of wood. It also has, for a given volume of material at a given temperature, about twice the number of Joules of energy. As soon as you make contact with the metal, that heat rushes easily to the lower temperature at the contact area, floods into the cooler object touching it and does a great job at heating it up very quickly.

Compare that to wood that doesn’t have as many Joules to give and has such a low thermal conductivity that those Joules hardly flow at all to the cold contact area. Over time many Joules would be transferred from the wood to the hand, but it would take such a long time that the convective heat removal within the hand (i.e. blood flow) would continue to maintain a non-painful temperature at the location of the TrpV1 receptors.

Touch temperature is a critical design consideration for wearable technology as well as for hand held consumer electronics generally. The IEC 60950-1 (2005) standard does take into account material types and their affect on maximum permissible touch temperatures. The following table taken from a good article on the subject on electronics-cooling.com:

The maximum touchable temperature tends to scale inversely with the thermal conductivity of the hot object, for the reasons described above.

OK sure, not a sauna in sight, but for the same reasons that you won’t find metal benches in a sauna, you can also pick up a ceramic block that’s come straight out of a 2000+ degC oven:

I hope this blog has helped describe why touching something that’s hot doesn’t necessarily cause you to burn. It’s not temperature per se that burns you, but energy. In Part 2 of this series we’ll look into surface temperature uniformity and the psychology of hot spots.

In the mean time, ‘touch wood’ you never get burned in a sauna!

[** A note on the simulation model used in this blog… The representation of the hand was somewhat simplistic. In reality the hand is formed of a skeletal frame over which exists muscle and skin and through which flows blood that is regulated at a pretty constant temperature of 37 degC. The model I used considered the hand as one blob of material, though with a thermal conductivity that increased with increasing temperature so as to mimic the physiological increase in blood flow rate under increasing temperature conditions. The next ‘level up’ in modelling would have been to include a 37 degC fixed temperature core of the hand. With the approach taken, and the resulting qualitative nature of the results, no exact time values are presented.]

This article first appeared on the Siemens Digital Industries Software blog at https://blogs.sw.siemens.com/simcenter/touch-temperature-part-1-why-metal-sauna-benches-arent-a-thing/